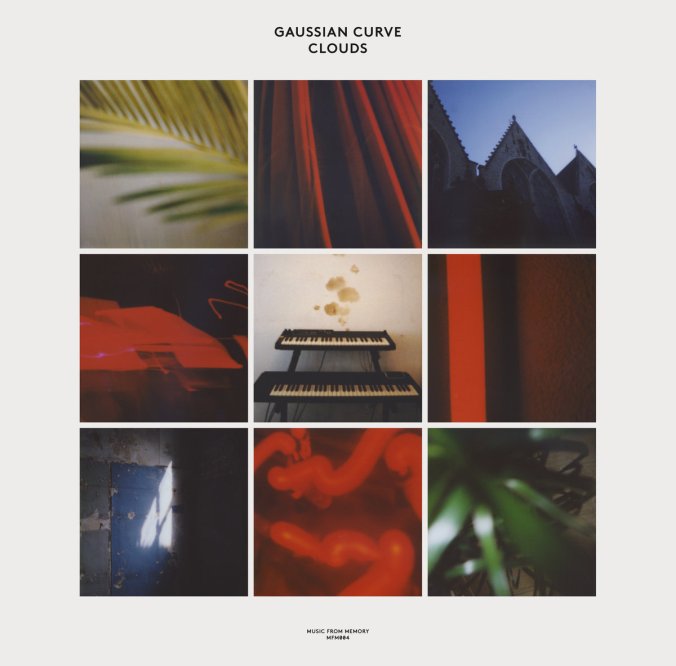 Clouds is, simply put, one of the most addictive albums I’ve heard all year, despite its relaxed attitude and understated charm. This thing slid into my brain and refused to leave.

Gaussian Curve is a collaboration project, pairing pioneering Italian ambient artist Gigi Masin with younger musicians Jonny Nash of Land Of Light and Marco Sterk, of the UK and Netherlands, respectively. The result of this cross-generational, trans-European encounter is a magical little album called Clouds. I’ve rarely felt so instantly transported to another time and place than when I hit play yesterday.

This is truly introverted music, an insular soundtrack that feels like walking alone as the sun comes up or thinking about the cosmos while laying in a hammock. I’m reminded of the balaeric bliss of CFCF’s recent mini-album On Vacation and best of 2015 release The Colours of Life, as the trio blends earnest washes of synth, guitar, and tropical drumming into a fine mist of atmospheric groove. I also hear the liminal edges of later Talk Talk albums Spirit of Eden and Laughing Stock, the gauzy moments between aching drama the suspend those masterpieces outside of time.

Unlike a lot of modern music that unironically nods to the cheesier end of 80s aesthetics, Clouds is anchored by a serious focus on rhythm. It grants the album an effortless flow, always ending before it’s ready, begging repeat plays.

The heartfelt sincerity and breezy simplicity of this music cannot be overstated. It simply exists, tumbling ever onward in woozy euphoria.

Clouds can be purchased at the Music From Memory page on Bandcamp.