Janelle Monáe is an intriguing artist whom I’ve followed since an explosive debut EP dropped in 2008 and I happened to catch a blurb in Rolling Stone (of all places!) about it.  Metropolis: The Chase Suite was a firecracker of sci-fi themes, futuristic funk, fresh production, elastic style and absolutely star-making vocals.  I thought, this kid is absolutely going to blow up. 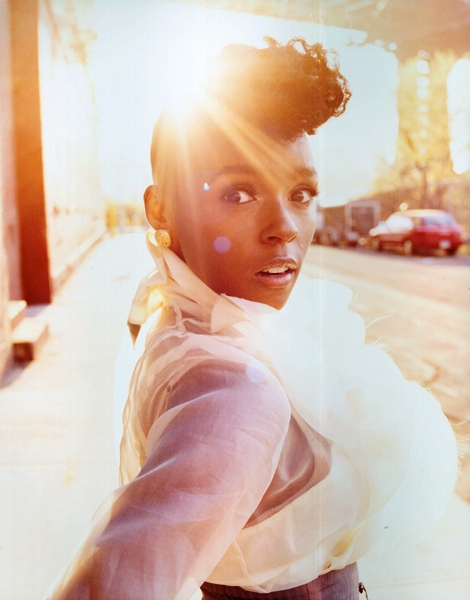 But not exactly, as it turns out.  Debut LP ArchAndroid came out this Tuesday and to promote it Miss Monáe appeared on David Letterman‘s show for her broadcast premier with first single Tightrope.  Watching this clip convinced me of her raw live-wire talent and the inevitable nature of her rising star.  Enjoy.

That footwork!  That presence!  Those pipes!  That band! The audience appears highly impressed.  Since I’m such a nice guy, watch the original music video as well.  This shit grabs me like few videos have since the 1990’s heyday of the form.  Loose fun yet tightly sculpted and conceptually stylized, it’s the kind of vision I was unable to shake back in that day.  The sort of video which I didn’t realize apparently still exists.

[pick the album up on jmonae.com or amazon i guess.  just, somewhere]

Flying Lotus has crafted a masterpiece.  Cosmogramma is a state-of-emergency tidal wave of an album.  This self-evident space opera is a rollicking behemoth, sweeping all imitators aside and redefining any and all notions of what this genre can be.  This album is a clear step above everything else I’ve heard in 2010, and what I can only hope is a harbinger for the next decade of music evolution.  Oh.. and it’s out today.