Diamond Terrifier is the solo project created by saxophone destroyer Sam Hillmer, as a vehicle for the exploration of more nuanced territory than the blast furnace his day job in avant-jazz-noise group Zs embodies.   He’s got a new album out which I’ll get to in a moment. 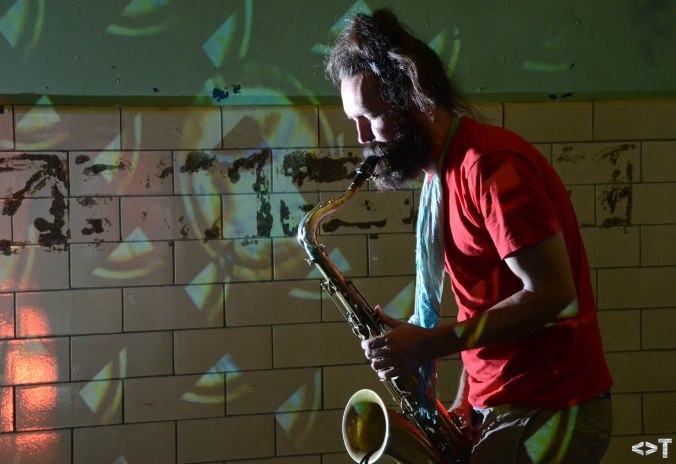 For now, check this:

Twenty seven minutes of otherworldly bliss.  I’ve now listened three times in a row.  Each set bringing something new to the fore, shifting around the sweet spots.  Each time a novel element flashes brighter: the swarming Pharoah Sanders and Don Cherry echoes in the horn play, the primitively menacing percussion, the psychotic guitar threatening to derail everything at one point, even the familiar ghosts hissing between the cracks (hello, He Loved Him Madly).  It begins in earnest with Hillmer laying out a lyrical solo somewhere between siren and whale song and progresses to a full band tsunami where we have a synthy bass pulse emerging at times like a ship refusing to sink, only to rise in full sail near the end in a sax-and-laser maelstrom.

This incredible piece is just a taste of what this man creates, something taken to a much more personal and direct place on the new album, Kill The Self That Wants To Kill Yourself.  There’s a stream of one of the tracks on the Diamond Terrifier soundcloud, though I believe it works much better as part of the whole.

There it is.  Get it at Northern Spy.  They have great prices and (seriously) fast and helpful customer relations.