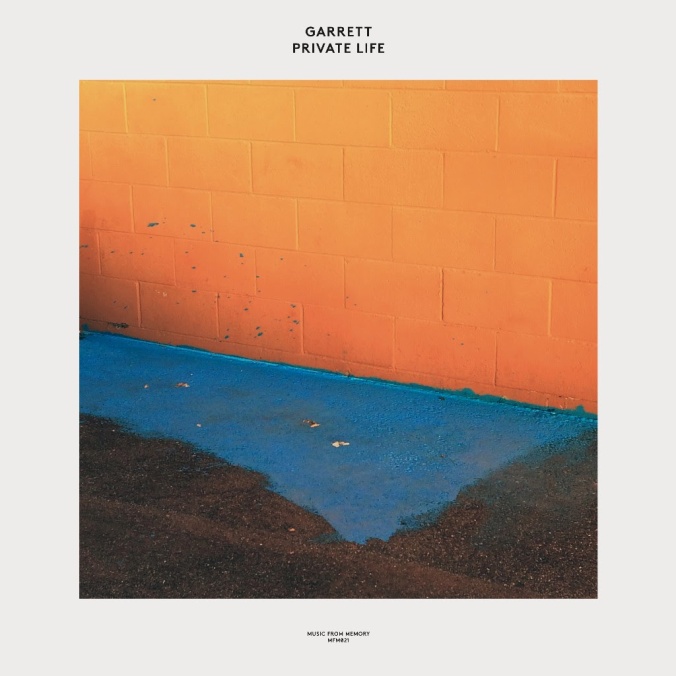 Private Life is an ambient funk masterpiece from a mysterious new artist named Garrett. This auspicious debut LP expands the dreamy palette of Music From Memory, adding a dose of earthbound swagger to the usually anti-gravity label. Who could produce such cloudlike beat sculptures?

The answer was obvious the moment I pressed play. This is actually a new project for funk legend  Dam-Funk. With a deep focus on the most dreamlike aspects of his distinctive sound, it just might be his best work yet.

Dam-Funk, real name Damon Garrett Riddick, came up through years of session playing on New Jack Swing, hip-hop, and g-funk albums before finally releasing his time-warping 5LP debut Toechizown in 2009. It took six years before he released a proper followup, but Invite The Light ended up being one of the 17 best albums of 2015. It was a sprawling 3LP affair that veered off in a dozen directions at once, pulling the idea of funk out of any recognizable shape. Instead of carrying the torch for a bygone genre, he used funk’s classic trappings to create a more futuristic, exploratory, and far weirder signature sound.

In a way, the Garrett persona is a radical departure. It’s a short release, only 40-odd minutes over a single vinyl LP. It completely lacks vocals, either from Riddick himself or any of the myriad collaborators he’s worked with, from Steve Arrington to Snoop Dogg. It undeniably slows the pace, orbiting far beyond the more boogie-friendly center of his universe.

In another way, it feels like a secret peek at the very core of what makes his music special. This is the artist at his most vulnerable, sharing the amorphous impulses behind the highly structured work he normally creates. This is the work of a virtuoso veteran, unafraid to glide right past convention, expectation, and any limitation of his existing work. Maybe that’s what he meant with a title like Private Life.

After a few listens, I started thinking that this album is maybe flawless. It’s definitely one of the best things I’ve heard all year.

The arpeggio-laden opener highlights the connection between Dam-Funk’s searching, spacey funk and the cyberpunk synthscapes of Oneohtrix Point Never and his experimental ilk. The second track could be an interlude on any prior album, with its lighthearted bounce and distinctive textures. It’s a frank example of the connective glue holding Dam’s world together. Here, it serves to contrast with Slow Motion, the point at which Garrett diverges from Damon.

My favorite Dam-Funk tracks have always been the ones where he let gravity slip, lifting off the streets for a nighttime flight over the neon glow. I glance at my last.fm charts and find that my two most-played tracks are named Keep Lookin 2 The Sky and Floating On Air. The third, appropriately enough, is called Searchin’ 4 Funk’s Future. It feels almost suspicious how closely most of Private Life dovetails with those specific tunes. It feels like that future was actually found.

With this album, he’s finally soared light-years beyond those familiar heights. 12 minute centerpiece track Angel Reflections drifts with celestial ease, a narcotic warp jump to the hyperbolic edge of the funkmosphere. The songs leading up to this moment begin to stretch time and, naturally, the two tracks afterward begin to contract. It’s one giant cyberpunk breath in the cold vacuum of life in 2017.

The only downside to this album is the fact that so few people are going to hear it. The release was limited to 2000 copies on vinyl only. That means no CD, no cassette, and no digital. It’s not even streaming in full anywhere. So if you like what you hear, find it on the label site  or Bleep or a few other places.

One thought on “Garrett – Private Life”