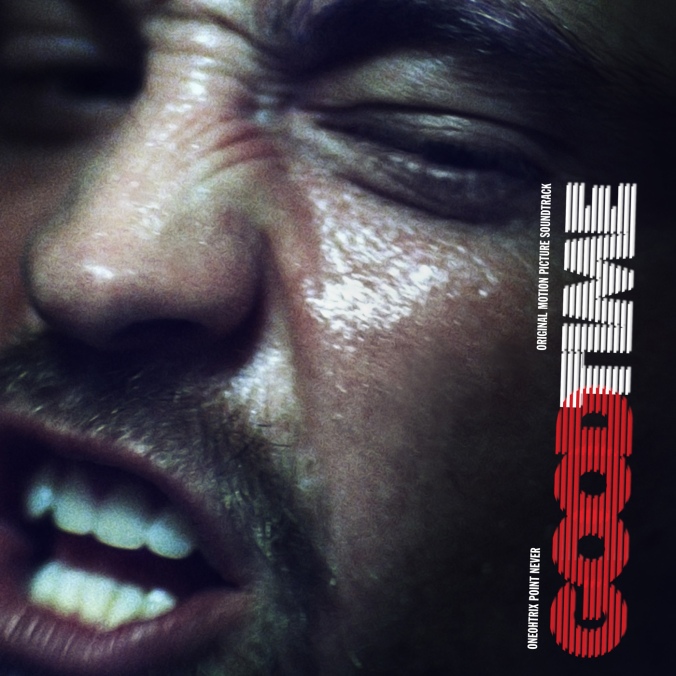 In an interview with Pitchfork last week, Oneohtrix Point Never explained how he needs weird breakages and colliding contrasts to happen for music to feel truthful, and how this also applies to all good film scores. After listening to his soundtrack for Good Time, a new film by the Safdie brothers, reading this passage felt like a tiny lightbulb flickering on.

It’s the rough, distinctive patina surrounding everything he’s ever recorded, the philosophy underpinning the very reason his music is so often astonishing. It’s something he’s expressing most clearly on this, a movie score that basically functions as a proper new album.

I was going to hold off. I was going to seek out the film and watch it before listening to the score on its own. But I just couldn’t do it. I knew it was out there and I found it and listened. Then I listened again and again. I realized that I was harboring some skepticism because halfway through my first turn, I felt the familiar blush of euphoric relief. This was definitely not just a job for one of my favorite artists alive.

With this score, Oneohtrix Point Never, aka Daniel Lopatin, used some sort of planetary gravity slingshot to circle back around his earlier work and create truly new music within that framework. It feels informed by that old familiar cyberpunk throb, yet delicately teased into much more delicate, ornate shape than anything made when he was crushing on his Juno 60. I couldn’t help but draw the conclusion that this was some kind of perfected second draft of the sounds that originally got me into his work, the albums collected on the massive Rifts compilation.

Reading the interview, I realized I wasn’t off the mark. As Lopatin explained, “When I was trying to explain the score to somebody, I was like, “Well you know how James Cameron basically wanted to make Terminator 2 when he was making Terminator, but he hadn’t refined his craft enough to do it?” The technology needed to catch up to his ambitions. I think it was like that for me. I wanted to make something that sounded like Good Time back when I was doing the early stuff, but I didn’t quite know how yet.” A half-dozen listens in, and it’s clear he knows exactly what he’s doing at this point.

Appropriately, this music is much more overtly cinematic than Lopatin’s earlier work. While anyone could hear early efforts like Zones Without People as alternate reality film scores, they always hovered around specific emotional beats – those contemplative moments between the action, the pauses between conversation. They were pure mood pieces, cinematic in that they evoked specific imagery. With the Good Time score, he’s finally crafting the sounds of a full narrative arc, with all the nervous energy and sudden combustion it entails.

Blissed-out drone passages crash up against cybernetic arpeggios, flaking at the edges with reverbed  guitar and taiko-style drumming. It’s outwardly epic in the way regular Oneohtrix Point Never albums have rarely hinted at, if not consciously subverted altogether. After the original rush of atmospheric synth exploration, he’d flown off chasing all manner of disruptive sounds, from the micro-cut commercial sampling of Replica to the midi-fired choral storms of R Plus Seven. After that, he flirted with the adolescent tones of metal and happy hardcore in another unexpected twist. Some of the more theatrical impulses of that album, 2015’s Garden of Delete, seem to have hung around, ratcheting up the teenage lightning, risking the steep fall into hamfisted territory. This time around, Lopatin seems to have balanced this sharpness with the plush synth utopia of his earlier days.

Comparisons to synthesizer soundtrack gods Tangerine Dream are unavoidable and frankly fun. That German kosmische band crafted some of the most adventurous scores of the 1970s and 80s, including William Friedkin’s Sorcerer (seriously that trailer is basically a sweet music video) and Michael Mann’s Thief, not to mention a host of big budget films where they sounded sublime even while clearly coasting. When listened in isolation, their music always took on a more eerie and otherworldly tone. What felt impossibly cool when paired to imagery suddenly feels threatening and huge when experienced alone. Since I’m hearing the Good Time soundtrack long before I’ll be able to see the film itself, I’m experiencing this sequence backwards. My mind fills in all sorts of shapes and colors with this music, taking form first as an abstract sensation, then congealing into a palpable arc as the tracks connect the dots.

While his forebears may have crafted one of the best ambient albums of all time, Lopatin’s own work has so far been too violent and unpredictable, too restless to stay in meditative space for long. He’s capable of putting the listener in a blissful trance for any amount of time, but he resists the easy pleasures, striving to do something more dangerous and exploratory. When discussing the inspiration for Good Time, he mentioned, “It’s very cool that there is this vaguely formal idea that the soundtrack of bad decision-making is somehow linked to hypnotic Krautrock keyboards. It’s so strange that that became the sound of men reflecting on their nature. But I also wanted to fuck with [’70s prog musicians like] Steve Hillage and Goblin and Sensations’ Fix.” It’s that urge to fuck around that makes his music so addictively fascinating. It’s never just enjoyable music; it’s something to prod you out of passivity, into thinking, into questioning, into learning.

Even without the occasional vocal snippets, the songs here build a distinct sense of narrative heft. Their inclusion is one of the only times I’ve ever appreciated dialogue woven into a soundtrack album, for a couple key reasons. First of all, they’re brief. We don’t get any full scenes or soliloquies; just flashes of hot emotion, giving raw, blurry context to the music. Secondly, they’re woven into the production in a way that feels purposeful, conscientious of the listener’s experience. Sound effects bleed into the mix, crashing open right as a song ends. A shouted word echoes with the same reverb as the synths burbling below. They’re welcome disruptions, jostling us without halting momentum.

They also provide a nice framework for the final track, a spoke-sung Iggy Pop ballad that feels like a Greek chorus, presumably summing up the themes of the film in a nakedly direct manner. Without the hair-raising instrumental, it might have made me giggle with its earnest fragility. Instead, it became the most deeply felt song in the entire Oneohtrix Point Never catalogue.

With each major release, Daniel Lopatin has broken new ground, upended paradigms, veered off in a startling new direction. This is the first time he’s ever seemed to have shown the ability to glance backward at his past. But instead of a tired nostalgia trip, this reflective journey takes its inspiration and keeps moving, rubbing up against history without ever mirroring it.

The Good Time soundtrack is, like all of his recent works, released on Warp Records and sold via Bleep, along with pretty much any major music retailer. The movie itself premiered August 11, with a wider release coming any day now. I can’t wait to see it.