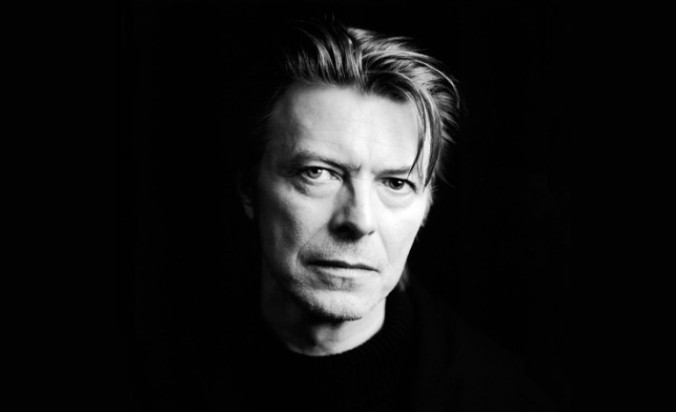 One year ago today, I was drinking on a beach in Mexico, blissfully unaware that David Bowie was dying. I set a reminder on my phone to grab his then-upcoming album Blackstar as soon as it dropped, so that I could listen on the flight home. I was looking forward to hearing what might come next, sure in the magical knowledge that the man was immortal, in some strange way. That he’d always be there for us, with some new adventure.

Then I woke up one morning and saw the news. David Bowie died. I was in a mild state of shock, but had to hustle through lobbies, shuttles, and airports the entire day. I had to function. I also had to write. I poured out my heart, charting the course that Bowie took through my life, writing until my hands curled up in protest. I listened to Blackstar, then all of my favorite albums, then everything else. I couldn’t get enough; I never could.

After a couple months, I thought it was all over. Everything was known, recorded, heard. Bowie was gone and would never record a new song. But a little surprise erupted from the mid-winter gloom of this week, nearly a year to the day after he left the planet. Like the first bit of green blooming amid the ashes of a forest fire, a new set of David Bowie tunes has been released. It’s called No Plan, and it’s a short but powerful burst of dark energy made in the final weeks of his life.

This new music comes as a byproduct of Bowie’s other final project, the stage play Lazarus. While we knew that he’d written songs for the production that were not meant for his final album, the fact that he’d actually recorded a few was kept under wraps the entire time. But they’re finally here, and they’re a wonderful postscript to the man’s final message.

The brief EP contains last year’s brilliant Lazarus single, as well as three songs that convey wildly different facets of this defiantly romantic sound. The first new track, No Plan, is a subdued, even-jazzier spin on the darkly psychedelic sound of his final album.

Key lyric: There’s no music here // I’m lost in streams of sound. Just listen. My words do it no justice.

The remaining two songs play on other under-explored facets of his sound. Killing a Little Time plays out like an alternate-world deep album cut from his strange 1995 masterpiece, Outside. It’s all blunted crunchy guitars, fat brass blasts, and nightmare lyrics, supported by a thumping drum and bass rhythm section. There’s so much going on, it takes a few listens to sort out, but as a fan of the aforementioned (and wildly underrated) album, this is a cathartic eruption.

Finally, When I Met You rushes forward with nervy post-punk bass before relaxing into the kind of warm guitar melody that helped Blackstar end on an optimistic note. It builds in urgency, Bowie’s voice nearly flagging as it runs ragged over a final crescendo, ringing for a second into inky silence.

When I met you, when I met you
I was too insane, could not trust a thing
I was off my head, I was filled with truth
It was not God’s truth, before I met you

It’s a tense, well-worn love song, appropriate for the man who spent the last twenty four years of his life happily married and raising a child with the woman of his dreams. If it’s the final new David Bowie recording I ever hear, I’ll be more than satisfied.

No Plan can be downloaded or streamed from all the major sources, helpfully linked together right here. Celebrate our first year without him on earth with a listen.

One thought on “David Bowie – No Plan”