I only mention current events in these weekly posts to give context to the words I write and the music I share. The circumstances in which we listen are important. Music might help  buffer the hardness of the world, but he world informs it all the same.

That being said, I don’t even know what to say about what’s happening in America lately. Everyone seems to have lost hope. I know it’s not true, but dark attitudes are in the wind. I’m doing my part to remind those around me that things can and do get better. The fact that there’s always beautiful new music is enough proof for me.

This week I’ve only got two things to talk about, but they’re really important to me: Sade and the new Miles Davis biopic, Miles Ahead. 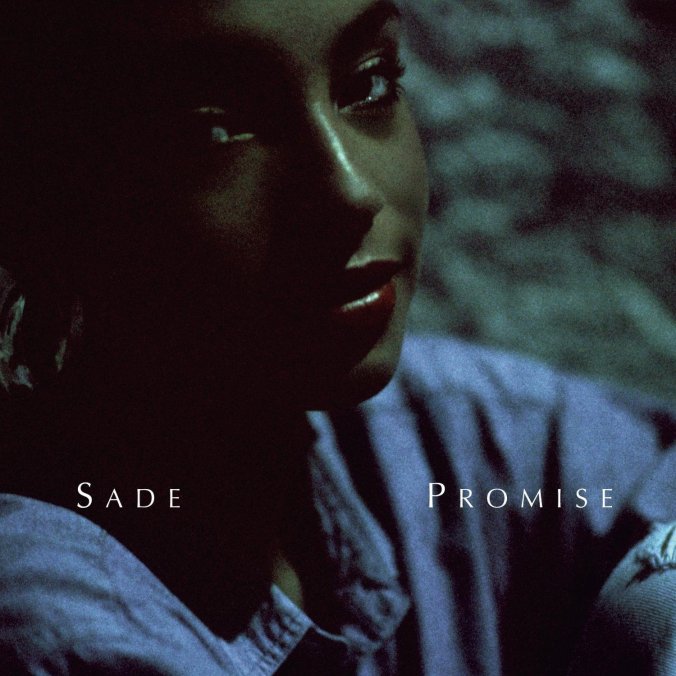 Somehow it took me until 2016 to give Sade an honest chance. The fact that I instantly loved this album made me feel foolish; how long had I held off simply because I had some weird impression thanks to third-hand references in pop culture? I’m not even sure what I expected, but this soulful mixture of balearic groove and relaxed jazz wasn’t it.

I’m not writing today to attempt some new spin on a beloved artist that I’m only now getting to know. Instead I’m writing to share my most recent example of the serpentine nature of music discovery.

I was listening to the latest International Feel release, the excellent Wolf Müller and Cass album The Sound of Glades, and wanted to know more for my writeup. I browsed across several platforms about the label, the artists, and the album, and came upon a description of balearic music that mentioned Sade as a defining early example. I was shocked. This went completely against the hazy preconception I held. I searched her discography and picked one from the 80s (those horn sounds) and was immediately put off for about twenty seconds. Then the rug was pulled out from under me.

The most cheesy of classically 80s sounding jazz riffs opens the album like the start of a condom ad or a sketch comedy show, and then it gives way to a subtle groove and Sade’s improbably gorgeous vocals. It honestly felt like an “I’ve gone too far” moment for a guy who’s grown to love the repurposed elements of cheese from my childhood years, but it was a total fake out. It’s simply an odd fanfare that opens a truly sumptuous, emotionally jarring love song. I quickly grew to enjoy it along with the rest of the tune, a perfect opener as I could have hoped for.

The song, Is It a Crime, was a hit at the time for good reason. This is sublimely focused, rich but delicate storytelling music. It’s more jazz than R&B, but the only surprise comes from my own ignorance. I’m so thankful that I decided to give this a chance.

I’m always open to try new things, but when it comes to relatively well known artists that exist somewhere in the popular consciousness, it’s easy to form an idea that holds for years because there’s no reason to challenge it. But along came a lure that tugged my ear. I’ve now listened to her first four albums and although I enjoy them all, Promise is still my favorite.

I wasn’t sure what song to share, but War of the Hearts feels especially lush right now:

You can hear the album streaming on Spotify or buy it pretty much anywhere on CD.

This past week I finally got to see the Miles Davis biopic, Miles Ahead. I’d been both eagerly anticipating and dreading this film since its conception, years ago. Sure, it was going to be about one of my favorite all-time musicians, but the idea of a standard-issue corny Hollywood life story sounded like garbage.

How would they pull it off? What eras of his life would it focus on? How could anyone capture the essence of a guy who was always on the cutting edge, changing shape every few years and befuddling everyone around? It was nearly as bad as imagining the inevitable David Bowie biopic. Think about how you feel about that idea.

I felt optimistic when I began reading interviews with Don Cheadle, who was set to direct and play Miles Davis himself. While I’m not usually a fan of actor-turned-directors, Cheadle came across as the real deal. He was not only invested in making an artistically sound picture; he was actually a complete super-fan of Davis’ music. He knew it all. He shared a list of five favorite albums that, while I disagreed with three of them, displayed a thoughtful understanding of the artist that went beyond the highlights and the well known talking points.

Production dragged on for years, which didn’t bode well, but, the end result, while not anywhere near perfect, is light years beyond what I feared would happen.

While wisely never attempting to match the mindblowing power of Miles’ music itself, Cheadle’s movie flirts with the live-wire tension and dynamite-fishing unpredictability with which the man imbued everything he created. This is a truly surprising biography, using a fictional episode of a real man’s life as a jumping off point to explore his relationship to his own music through the years. The scope encompasses the massively popular Kind of Blue era all the way through his experimental funk days and into his five ear hiatus, where the framing device starts.

Davis is meeting a writer played by Ewan McGregor and fighting with his record  company over a mysterious tape that he won’t give up for publishing. The movie isn’t interested in this story any more than it allows for a series of hallucinogenic segues into the master musician’s past. Through dreamlike juxtapositions and editing magic, Cheadle manages to evoke both time periods at once, obliterating the wall between flashback and main storyline. It’s not pulled off perfectly, but it’s likely the most interesting take on a biography that I’ve ever seen.

The film itself plays jazz with the concept of linear storytelling, blending style and subject matter. The concept is nothing new, but it’s pulled off exceptionally well.

The film shows Miles as searching artist, commanding band leader, strong but unfair lover, and.. kind of a maniac. He spends much of the framing story racing around high as a kite with a gun in his hand, like a jazz doppelganger of Hunter S. Thompson. Instead of feeling thrown off, I thought the film folded this material in without skipping a beat.

From the fictional introduction through the cinematic reproductions of some of his most famous live appearances, where Cheadle himself leads an all-star band that includes a few famous musicians that played with him in real life, the film never promises that we’re seeing a straight story. Miles Ahead isn’t about Miles Davis the historical figure. It’s about the idea of Miles Davis as an elemental force of nature. It’s about the jazz god that lives on through his astonishing body of work.