It’s been a violent week in America. Violence by police. Violence against police. The country’s long gone mad. All I can offer is a quote from one of my favorite films, Days of Heaven:

The whole earth is goin’ up in flames. Flames’ll come out of here and there and they’ll just rise up. The mountains are gonna go up in big flames, the water’s gonna rise in flames. There’s gonna be creatures running every which way, some of them burnt, half their wings burning. People are gonna be screaming and hollerin’ for help. See, the people that have been good, they’re gonna go to heaven and escape all that fire.  But if you’ve been bad God don’t even hear you. He don’t even hear you talking. 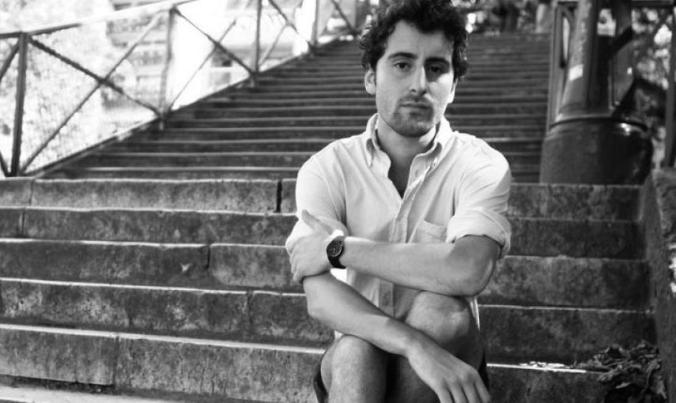 Danish producer Central (aka Natal Zaks) was a complete unknown to me when a friend sent this album over on Spotify last week. This particular friend is my go-to expert on all things techno, the guy who always knows about anything I discover before I do, no matter how obscure. It’s an understatement to say that I take his recommendations seriously.

Central folds a broad range of styles into this 30 minute release, the result of his longterm interaction in various music scenes. This is techno that’s not afraid to go to emotional places, to beatless realms, and even get straight up jazzy when it needs to.

Zaks himself puts it really well: “I’d describe my sound as curious and fun club music, because it’s based on curiosity and yes, having fun. I’m fascinated with many genres, styles and movements of danceable music. … The general idea is to make tunes that simultaneously look back- and forward in time.”

Here’s the first song, Keep Love On Me:

The Political Dance #1 12″ is available direct from the Dekmantel imprint and you can listen right now on Spotify too.

With last year’s debut full length Elaenia, Floating Points made a giant leap from purely electronic composition to a hybrid jazz monster, using a full band to bring his creations to life for the first time.

While countless electronic musicians have attempted this crossover in the past, it’s rarely so incredibly realized. This was a full transformation for a guy known for making deep-cut techno and dub-drenched IDM on labels like Planet Mu and Eglo. Now his music has fully bloomed into something warm, tangible, and comfortable with the looseness and exploration of live jazz.

The video below showcases his latest track, an 18 minute monster that takes off where Elaenia ended, soaring further out into weird jazz atmospheres with playful spontaneity. There’s no question that, despite the seismic shift in style, this is where Floating Points is meant to be.

You can also hear the full studio recorded version of Kuiper on Spotify.

Thundercat – Song for the Dead video 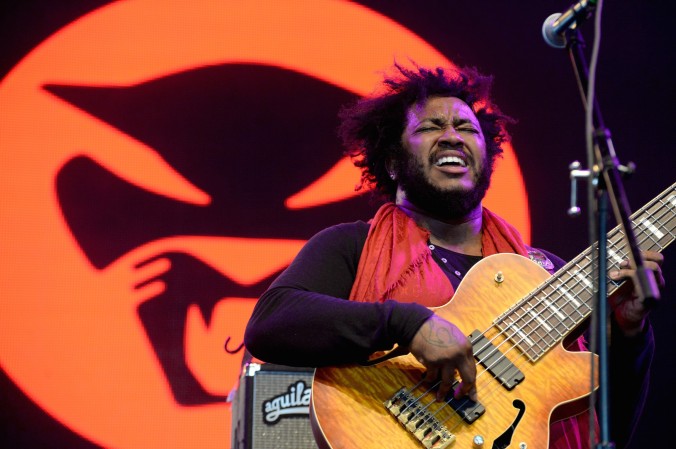 Thundercat has been a favorite of mine since he first showed up on Flying Lotus’ epoch-shattering Cosmogramma, launching neon funk fireworks with his bass guitar. His subsequent works as both a studio musician and solo artist have been increasingly nuanced, matching his technical flair with deeper songwriting and stronger melodic prowess.

Whether he’s playing with Flylo, Kamasi Washington, or all by himself, Thundercat is a jazzy funk force that I’ve never been able to deny. Almost one year ago I wrote about the incredible samurai video for Them Changes, and now I get to share his latest visual production, the psychedelic animated clip Song For The Dead:

Song For The Dead is featured on the blistering mini-album The Beyond / Where The Giants Roam, which featured on my best of 2015 list.

I also made a mixtape this week.

Ghost Drive is my attempt to feel seamlessly kinetic, surfing on subconscious momentum toward an inevitable crescendo.

I called it a “night drive for future ghosts” and I think that if you like anything I share on this blog, you’ll enjoy it.

This is one of my favorite films of all time, a meditation on love and the cost of living, set to some of the most beautiful cinematography of all time. Terrence Malick directed nearly the entire film during the “golden hour” before sunset, giving it a unique look that’s been mimicked but never duplicated in the decades since.

The film is packed end to end with delicious rural-philosopher narration by Linda Manz, the young girl who accompanies the star crossed lovers at the center of the story. The quote at the top of this post is merely a taste of the brilliance. I’ve shared the clip where it came from below, but suffice it to say, that if any film could be considered pure poetry, Days of Heaven is it.

See you next week!