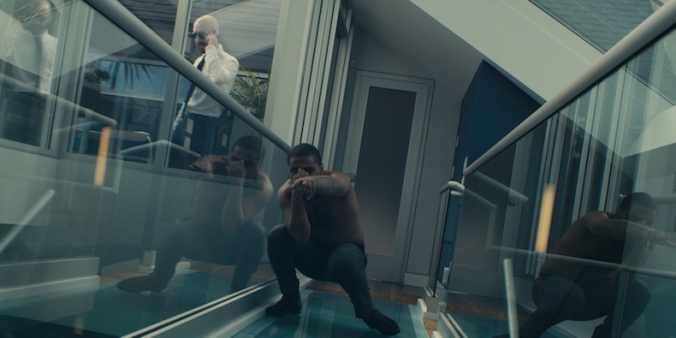 I haven’t talked about Lil B on this blog in years. But here he is, back with a new Clams Casino joint and sounding better than he has in a while. The production, also featuring Keyboard Kid, is beyond superb.

Lil B looks like he really beefed up since I last checked in on him. As one youtuber put it in the comments, “the based god gained weight because he been eatin wack rappers since day 1 real talk.” I can’t disagree. While it’s not his most original rap, his flow sounds tighter than ever and it’s matched with one of the crunchiest beats Clams has ever dropped.

To be honest, it’s a little bracing to hear B so far down in the mix, featured in a well-mastered track. Part of his appeal was the ramshackle production values of those first mixtapes, the 96kbps mp3 releases, the vocals sounding like they were recorded on a phone. But change isn’t bad. It might feel weird, but it’s a good twist to this ongoing legacy.

Clams Casino has been one of the most low-key brilliant producers working in hip-hop for a few years now, so it’s incredible seeing him finally dropping a full debut album, 32 Levels. In addition to ethereal first track Blast, the album is going to feature contributions from A$AP Rocky and Vince Staples. Clams actually crafted the title track of last year’s brilliant Summertime ’06, helping to vault that Staples record deep into my best of 2015 list.

I’ve been a fan for years, but these first tastes of the album are getting me hyped more than I have been about Clams Casino in a long while. I haven’t felt so excited since I put the instrumental version of one of his best Lil B productions on my first publicly released mixtape, Shadow Piece. There’s a reason it’s the intro track: Clams’ production sets the dreamy mood slides the listener deep into the flow.