This week has burned by in a whirlwind of heat and new music, pushed along by the constant pulse of discovery. I stumbled up loads of totally new artists and revisited some recent material, resulting in radical newfound appreciation.

Since it’s finally acceptable weather here in Michigan, I’ve spent a lot of time outside. But I brought my music with me. D.K., Studio OST, Sepalcure, and even Drake enhanced my time in the humid lakeside.

Let’s get into it.

This is dreamy beat music rendered as a breezy balaeric sunset. I’ve listened to this first thing at work every single day this week, right as the sun passes over my back. It’s bright, energetic, and engaging, but with a soft touch that lures me into the day, rather than forcing it to happen.

This music could replace the background yacht rock at any backyard barbecue, or soundtrack a late night hangout with your crush. It feels like sleeping on a boat, it feels like hopping on my bike in the morning, and it feels like love.

While it’s not super substantial, this is the kind of album I’ll end up looping for a long time. It’s easy to come back to and it never wears its welcome out at a slim 26 minutes.

All I know about the artist is that he or she is from Paris and makes music that soothes my soul. Try this song, Journey to the Sun:

Since the video appears to be region-locked, here’s the full album stream:

Island of Dreams can be streamed on Spotify or purchased right on the Antinote Bandcamp. 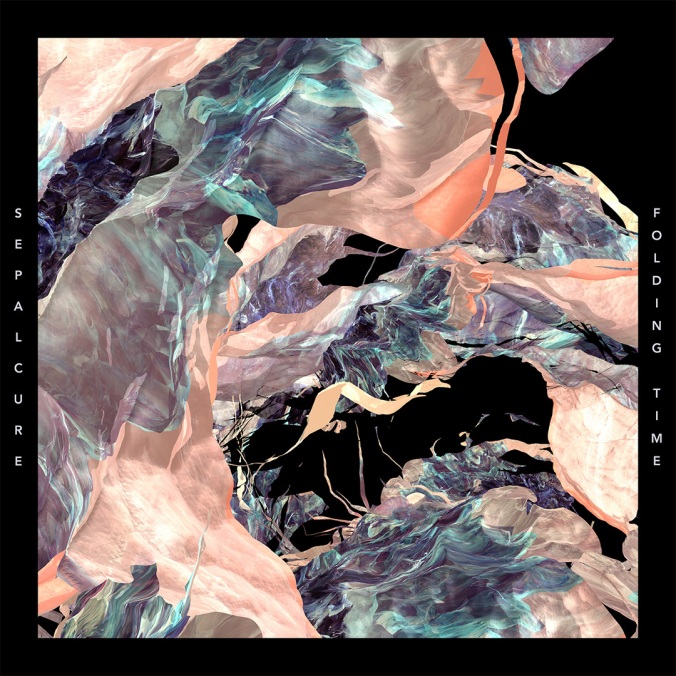 Sepalcure is the long running side project of one of my favorite electronic musicians, Machinedrum aka Travis Stewart. Paired with Praveen, the duo make a slightly sunnier take on the sort of dubstep and footwork inspired beat anthems that Stewart’s been perfecting for over a decade.

To me, this is a step up from their 2011 self titled debut. It’s more lived in, more relaxed, and plays more to the strengths of the two artists than the earlier work. This is a natural offshoot of the emotional cyberpunk club dreamers that have made me fall even more in love with Machinedrum in the years between. If you can take the addition of ethereal female vocals, give it a try right now.

The album can be streamed on Spotify or purchased in physical format from Bleep. 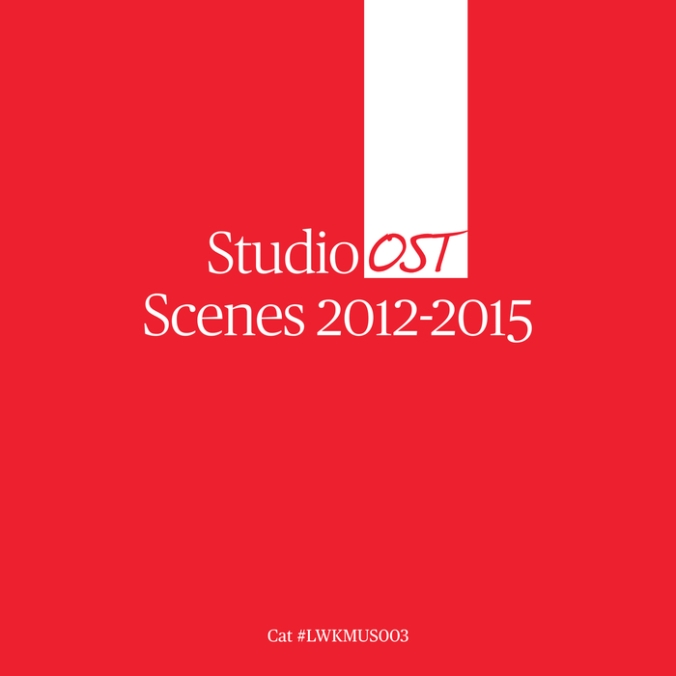 This one is an unassuming giant. Scenes (2012-2015) is one of the most important albums of 2016 so far and I feel like its stature is only going to grow as people like me spread the word.

The name Studio OST grants an air of anonymity, and the album title gives the impression of an anthology. But this is a tightly crafted set of intricate, intelligent techno experiments that sounds as cohesive as anything made in a single session. It’s the result of a series of recordings between Galcher Lustwerk and Alvin Aronson, the former of which runs Lustwerk Music, based in New York.

There’s a jazzy fluidity of structure here, an adventurous lean into spaced out sounds from the Oneohtrix Point Never corner of the music world, and a mournful UFO vibe that, like a lot of my favorite music recently, reminds me of the early pioneering Warp Records days.

I’ll be writing a lot more about this one in the coming days, so I’ll just leave you with the full album stream:

You can purchase the album directly on Bandcamp or pick up the vinyl from Juno.

I held off on this one mostly because it was a Tidal exclusive at first, and while I can really enjoy Drake when he’s on his game, I wasn’t gonna risk a purchase of an artist who’s been hit-or-miss for me for years. Despite loving a good chunk of last year’s If You’re Reading This, It’s Too Late, the album was overlong and stumbled over some half baked sections. At over 80 minutes, Views somehow manages to pack in both more greatness and more filler than the previous album. But the great parts really soar.

I listened once at work, then again at home last week, but it wasn’t until setting up my nice bluetooth speaker and blasting it in my yard that the album really clicked for me. There’s a distinct Caribbean flavor running through the entire set, bringing a raw hot-blacktop-in-the-summer vibe to the emotional seesaw track list. Here, Drake moves even further away from strict rap, utterly comfortable in his bedroom confessional singing style. There are bursts of bravado, threats of force, but they feel less jarring than before, a more natural extension of the way he expresses himself.

Highlights include sexy-mixtape-highlight Controlla, melting-synthesizer jam Pop Style, and remarkably enough, the ubiquitous Hotline Bling. The latter somehow works even better as an end credits soundtrack than as a pop single. Here’s that meme-ified video, because I unapologetically love it:

Views can be heard streaming on Spotify and probably everywhere else. 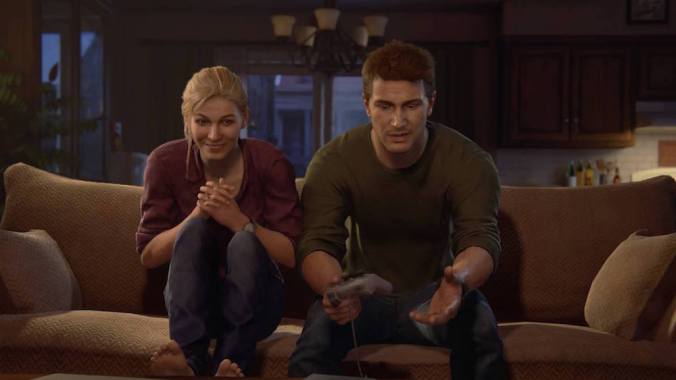 Uncharted 4 was one of the most thrilling, ecstatic experiences I’ve ever had in my 30 years of gaming. It upped the ante on everything the series was previously known for, while adding a deep emotional undercurrent and more nuanced, heartfelt writing than ever before. All the set pieces, exotic environments, tense shootouts, and quiet character moments have been expanded and energized in a way that no game has ever before done.

I got into the Uncharted series late, purchasing my first PS3 in 2012 and picking up the trilogy soon after. The games were a wholly new experience for me, a cinematic take on fluid gameplay like nothing on PC, where I did most of my gaming for a decade. They played just as good as they looked, and the stories were as strong as any in the Indiana Jones film series that inspired them.

If you want a taste of one of the most heart pounding moments of any game ever, take a look at the video below. When I reached this sequence in my own play through, I was utterly astonished, sweating on my controller and yelling with joy. Nothing compares to actually playing something like this.