So this will be remembered as the week that Prince died. The sudden and unexpected departure of one of the last rock stars on earth was a blow that we no one wanted in 2016, not after losing so many larger than life, all time favorite artists already. I haven’t seen people come together so much in commiseration or celebration since David Bowie died. The music world lost a bright shining star, and I personally lost another icon I’d held close over the years.

At least I can say that this week also brought some incredible new music. Here’s what we’ve got.

Prince Shredding Your Face Off

Obviously, Thursday’s news brought on a binge of Prince listening. I hadn’t heard Purple Rain since New Year’s Eve, so I listened to that first, choking up during I Would Die 4 U. I wanted to post the song here, but I ran into a bit of trouble.

Since Prince notoriously hated most of the internet, including free streaming services like Youtube and Spotify, I can’t include my favorite album cuts here. What I can do is give you the gift of his face-melting guitar solo during a George Harrison tribute, playing While My Guitar Gently Weeps with an all-star team including Tom Petty, Steve Winwood, and Jeff Lynne.

Halfway through the song, a spotlight suddenly reveals Prince, taking the already-energetic performance to a whole new level. He’s flashing his teeth through a shit-eating grin, having a blast while blowing a who’s-who of rock stars right off the stage. It’s the perfect pick-me-up that this Prince fan needed. 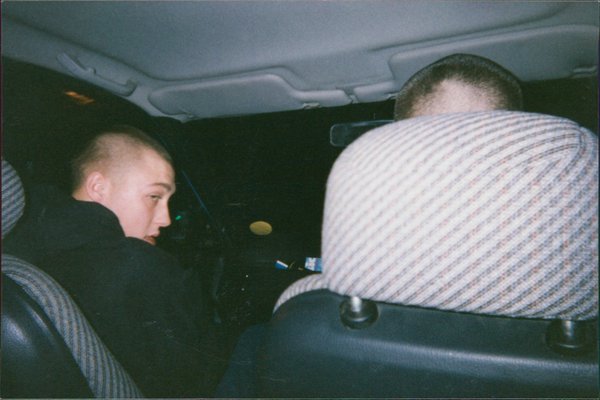 I can’t mention this fact often enough: my friends are the source of so much of my favorite music, and always have been. The best Spotify algorithm in the world will never suggest something as surprising and endearing as the random albums and songs that get thrown my way at the office, on Twitter, or elsewhere. This album from Basic Rhythm is a perfect example.

Described by a friend as one of the best things he’s heard this year, despite being basically a beat tape, Raw Trax was something I had to hear for myself right away. The thing is, my friend was spot on; this is a beat tape at heart. The eight tracks here, spanning a hearty but brief 40 minutes, explore a range of crunchy textures, enigmatic structures, and genre flirtations.

I’m reminded of hearing DJ Rashad’s mixtape Just A Taste Vol. 1 (best of 2011) for the first time, an experience that felt like the first rumbling of a paradigm shift. While Raw Trax isn’t as bleeding-edge strange to my ears, the rough, patchwork quality of this release emphasizes a dangerous energy and no-fucks-given attitude toward boundaries. Throughout the set, I glide through the ghosts of footwork, 1990s Warp weirdness (think Autechre and LFO), and something that feels like the mutant cousin of the rave music I spent the end of last century writhing in. Genre signposts are everywhere, but they only serve to confuse and obfuscate the paths that this music takes.

I don’t know what the best place to start might be, so here’s a song that stands out to me, right in the middle of the album. It’s called Maintain.

Andy Stott – Too Many Voices

Andy Stott‘s latest album just leaked and I don’t want to say too much about it, but I can’t let it go unmentioned. I hit play first thing today and ended up looping the album three times in a row. Suffice it to say that this is incredible music.

Too Many Voices brings a completely new color to Stott’s palette. The album sees him decoupling from techno even more than his last pair of releases featuring vocalist Alison Skidmore, venturing into the neon-lit streets of hip-hop beats and cyberpunk funk. The whole thing is shot through his distinctive high-contrast lens, spiking the senses and dropping the bottom out at every turn.

Here’s the song I wrote about last month, Butterflies

I finally watched Mulholland Drive again, after well over a decade. This story has been hibernating deep in my brain the whole time, coiled up and ready to strike. It’s a powerful, dark force that I didn’t know I needed to face.

In my mind, Mulholland Drive is all about regret, how poisonous it is, how it eats away a life from the inside out. The ending is one of the most claustrophobic, sad moments in all of film history. What comes before breathes with hope, life, lust, and love. Having the rug pulled out from under me has never felt so heartbreaking.

The plot twist that comes over halfway through is possibly David Lynch’s greatest magic trick. A single viewing will leave you reeling, bewildered. A second only deepens the mystery. Returning to this landmark fifteen years after its release, I feel a broad grasp of what the movie means to me. I’ve teased out the obvious clues and measured the grand arcs, but the film retains its inscrutable black core.

Instead of a trailer, I leave you with the magical Silencio scene. Here, Lynch deconstructs the artifice of film itself and plunges the viewer into the haunted waking dream of its main character.