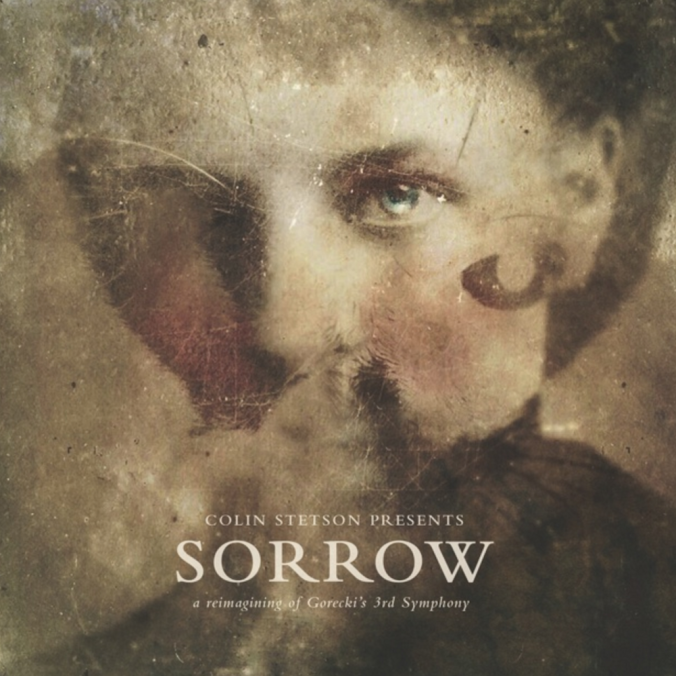 Colin Stetson, known for his virtuoso saxophone work and haunting trilogy of avant-jazz solo albums, has put together a miniature orchestra to record one of the greatest pieces of music of the 20th century. While I had my doubts, the resulting album is an incredible feat of musicianship and passion. It’s a riveting new take on a classic that leaves the emotional core intact while adding new wrinkles to the experience.

I originally mentioned this album on What I’m Into This Week (4/10 – 4/16) but it’s too incredible to leave bottled up with other music. The following paragraphs comprise my thoughts on this huge new recording of the masterpiece symphony.

I’ve always succumbed to a deep well of feeling every time I listened to Henryk Górecki’s third symphony, but I’m getting a genuine, shuddering new feeling from this radical take. It’s harder, more propulsive in places, but Stetson knows when to pull back, really luxuriate in the emotions, express that languid despair that this piece is known for.

Górecki’s most well-known work, perhaps the absolute standard when it comes to mournful modern classical music, is a personal favorite of mine. I played it after both of my parents died. I even listened after my cats passed away. This music evokes perhaps the purest expression of sadness I’ve ever heard. Some music is perfect for anguish, some for anger, and some for absolute despair. Symphony No. 3 is sadness distilled, a cathartic listen if there ever was one.

This symphony was my introduction to holy minimalism, a term coined to describe the work of Górecki, Arvo Pärt, John Taverner, and a handful of others. If you’ve ever watched a Terrence Malick film, you’ve heard these guys.

A lot of music goes for emotion with brute force and speed, but for world weary people like me, thinking we’ve heard it all, the effect merely bounces back. On the contrary, a piece like this worms its way into my heart, teasing out the latent despair, the old memories of loss and being lost. To borrow a phrase from David Lynch’s Dune, the slow blade penetrates the shield.  This symphony slips right into soul.

If you’re thinking it sounds too close to the bestselling 1992 recording with soloist Dawn Upshaw, just hang on for the ride. About halfway through you’ll notice a new element cropping up, locking in like a missing puzzle piece. I won’t spoil the surprise. Stetson has introduced a new layer of weight to this old familiar piece, and I can’t get enough. God, it’s so fucking beautiful.

You can listen to the entire piece here:

If you want a physical copy, check out the Kartel page to buy direct from the artist.