Black Dice are one of the most interesting noise fetishists of this decade, crafting everything from burned out near-ambient soundscapes to rumbling sample-melting inverted party anthems – all with a jagged outré sensibility about how songs are crafted. 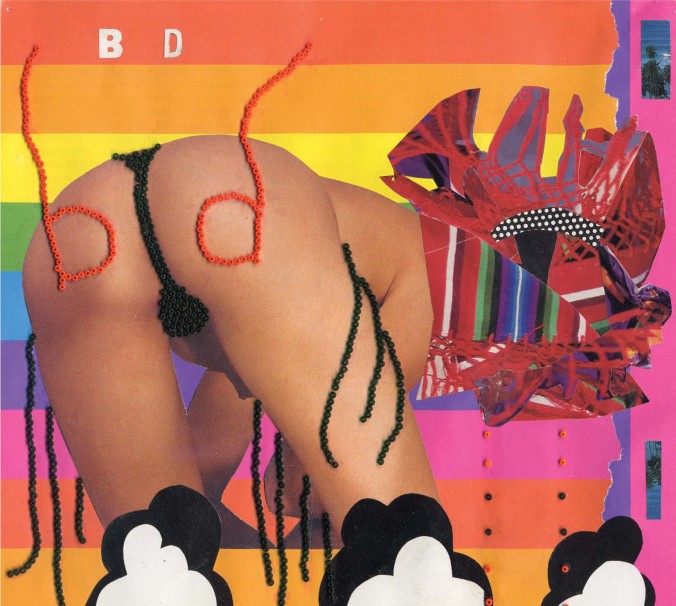 Imagine aliens descending on the earth eons after humans abandoned it.  The cities are crumbled and in an attempt to understand us, they rebuild everything – not as originally intended, but the way they imagine it to be.  The bits and pieces are placed together via extraterrestrial logic, ignorant of the traditions and established methodology of physical construction on this planet.  The result is something utterly fascinating and strange, with underlying familiarity in its makeup but complete disregard for the way this long-gone race decided things should be.

Then imagine the aliens are the members of Black Dice, and the cities are a thousand shattered records lying on their studio floor.

Broken Ear Record starts off with a deep brass thump, nearly the last recognizable instrument, and proceeds along through a wiggly, pulsating river; occasionally jarring, the overall effect is trance-inducing.  Smiling Off continues this with a more rhythmic pounding and crescendoing structure thoughout its 9 minutes.  The rest of the album springs from the opening duo’s template, adding percussion, subtracting the drift, and working itself into an occasional frenzied burst of cathartic melody.  Oh, and it’s dancey too, in a sorta flailing-seizure-in-a-metal-body-cast way.  There is something truly hypnotizing about this particular beast; it’s like a full giant computer full of instruments rolling downhill until all the crunching and bending and chaotic crashing coalesces into a consistent beat that becomes a straightforwardly pleasant listen.  One only has to surrender to its will and give it some time.  By the end of the second track, its claws will dig in.  By the end of the finale, Motorcycle, they’ll be down to the bone.  Understanding and bewilderment attained in the same wild instant.

Believe me, I was a doubter at first.  Now I can’t stop the momentum.

[get this album, with its attendant awesome cover art, at amazon or boomkat or for vinyl also boomkat or (oddly enough) cdmarket]