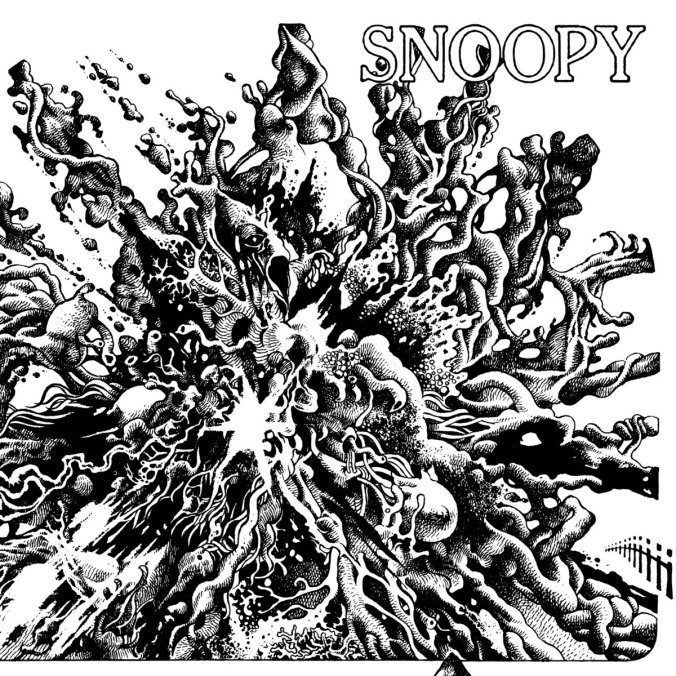 Snoopy was shared with my by a friend who simply said that it was the most blunted -but experimental and intricate – thing he’d heard all year. I’m sitting here listening for the tenth or fifteenth time trying to think of a better elevator pitch and I haven’t got it. Lysergic, deep dive strangeness into liminal waters, enter if you’re feeling ready for something maybe mystical, maybe just stoned. Sounds like nobody else this year.

The Soft Pink Truth – Shall We Go On Sinning So That Grace May Increase? 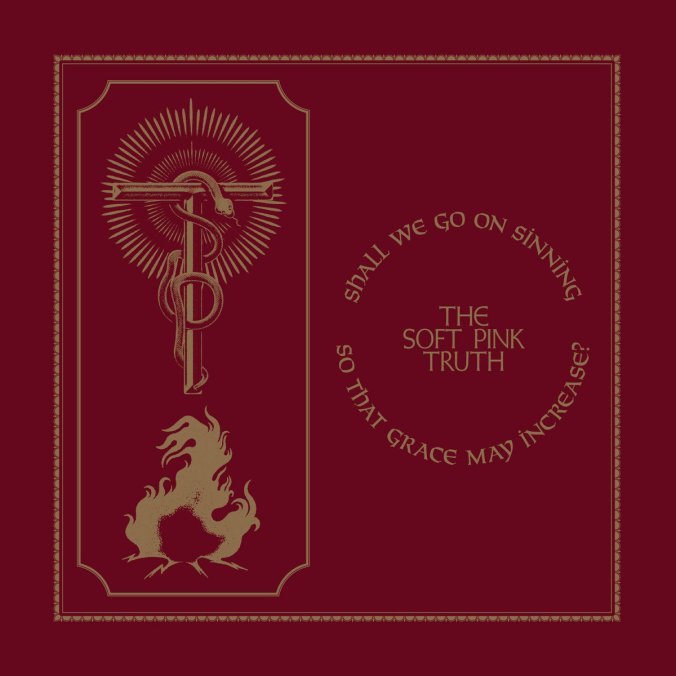 Drew Daniel, aka one half of scientifically experimental electronic duo Matmos, crafted easily my favorite piece of music from either of them this year. It’s a hypnagogic glide between dreamy deep house and church spire ambient and spiritual new age with few recognizable landmarks as it flows through the titular question with one word for each of the tracks. Vocals and vibraphones and woodwinds sparkle and bubble and burst throughout, as elegant as it is weirdly beautiful. 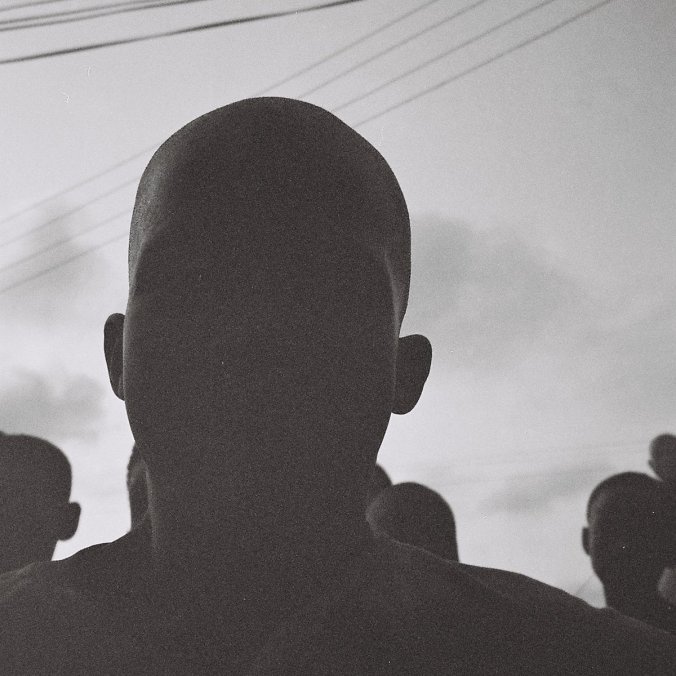 “Have you been through what I’ve been through?” This album from Space Afrika may be the most uniquely constructed release on the list here -composed of a constantly shifting  collection of off cuff new work, cuts, edits and extractions from their NTS Transmission (30.05.20), it splices in interviews into a spoken-word collage that’s as emotionally devastating as anything lyrically composed – probably more so, for being so raw and real and direct. All revenue from the project will be donated to: 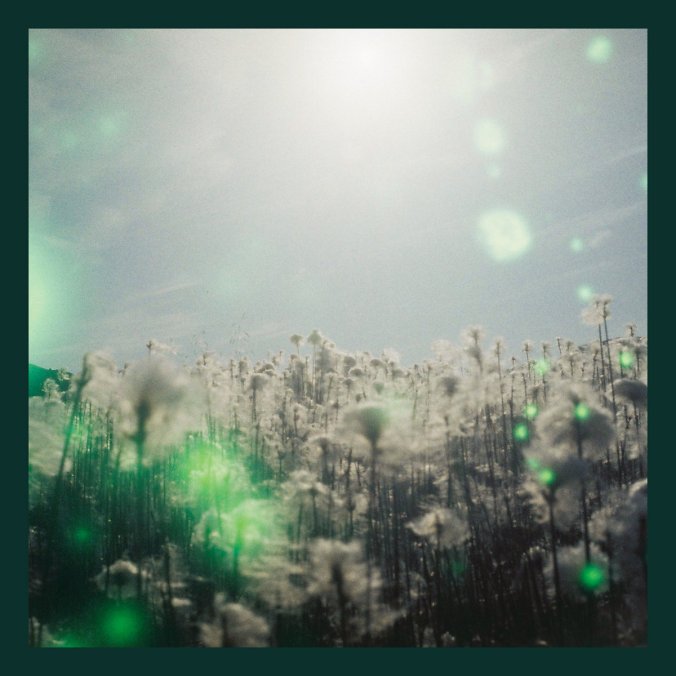 Every time he drops a new album, I struggle to find a new way to say that Daniel Guillén continues to prove that he’s one of the brightest, most thoughtful, and spiritually in-touch new age / ambient artists alive. I won’t even bother this time – just know that Asphodel Meadows sounds like the cover art looks, although far more beautiful and soul nourishing than could be accurately pictured. 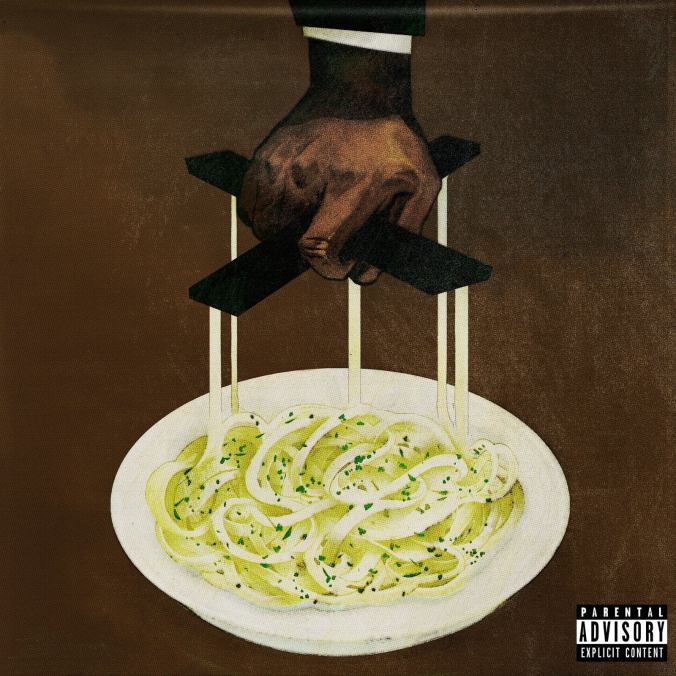 Somehow, six years after breaking through with his Madlib collaboration Piñata, Freddie Gibbs has only gotten better and better at his highly specific corner of the rap world. This year brings a new team-up with another well known producer, The Alchemist, and another round of tightly plotted but freewheeling rap genius paired with perfectly complementary instrumentation. If you’ve heard Gibbs before, you know the score here. Just as with every one of his recent albums, the pleasures are all in the specifics, the details, the way he twists language to meet his storytelling needs and, now with Alchemist, how deftly he pairs up with a strong producer to create something seamless and demanding of repeat listens. 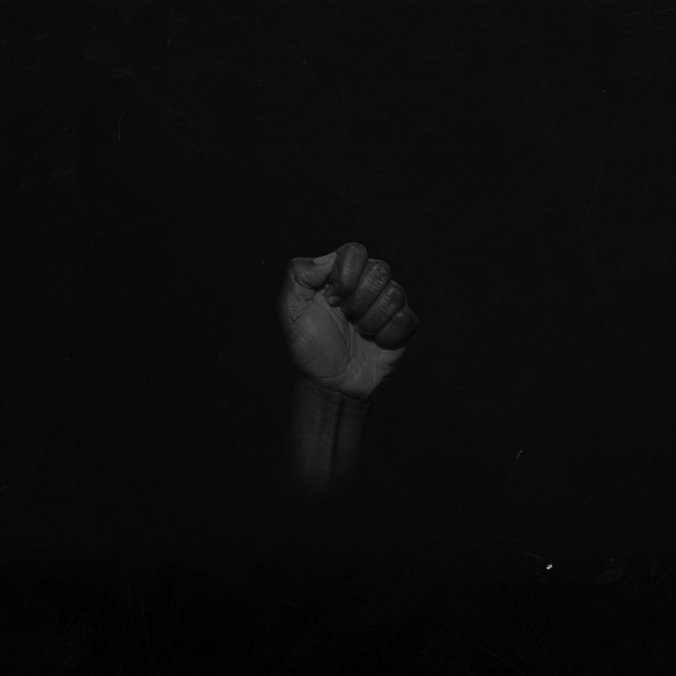 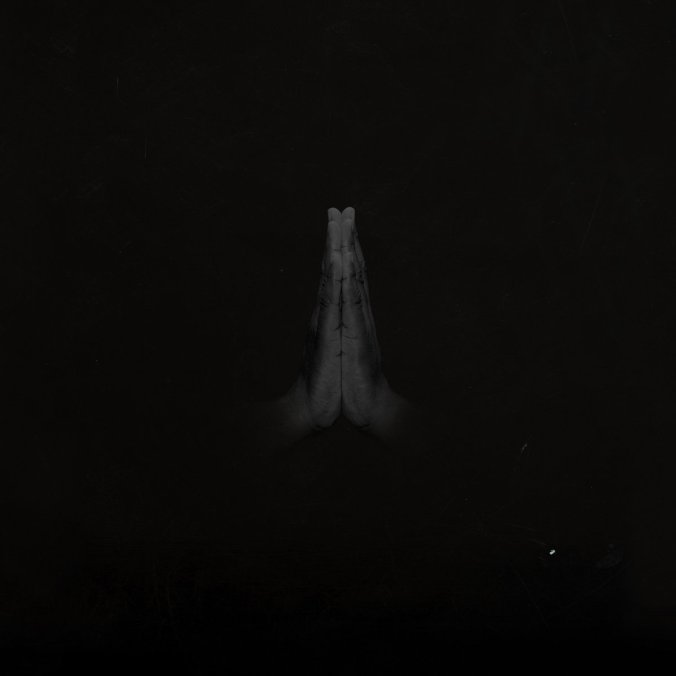 Yeah, I’m including two albums here. The mysterious Sault collective hit the absolute 2020 zeitgeist this summer with Untitled (Black Is) in June before returning in September with Untitled (Rise); it’s astonishing that they managed to drop not just one but two full-length buffets of dizzying beat magic, impassioned vocal pieces, mixing electronic and organic production in a color wheel’s worth of styles and flows – all tied together seamlessly, a whole righteous party in album form. Well, two of them. I couldn’t pick one, and I didn’t want them to take up more space on the list, so here we are. Listen in chronological order, feel the anger and the joy and the sheer life bursting from these sets. Forebears include D’Angelo, Sly and the Family Stone, and the whole galaxy of psychedelic black music spanning between these historic signposts.

Untitled (Black Is) on Bandcamp.

Kate NV – Room for the Moon 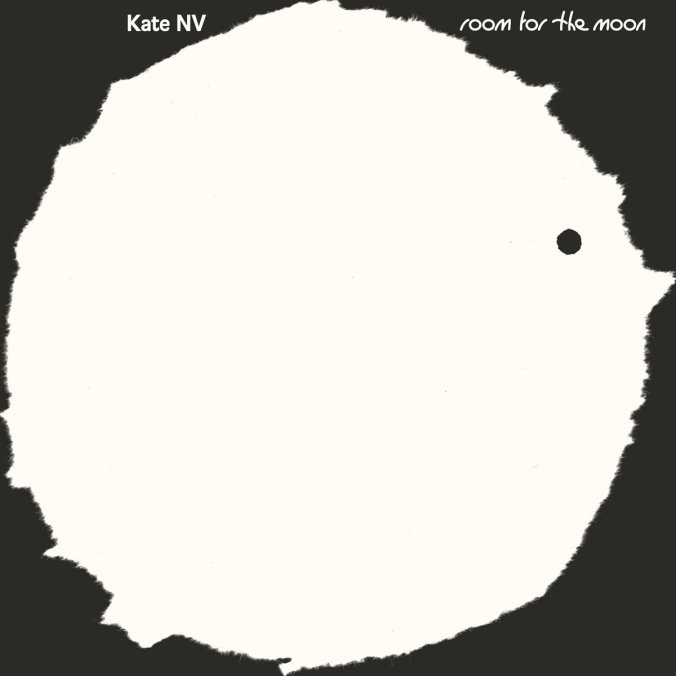 I love that Russian experimental pop artist’s latest album is titled Room for the Moon, because it feels like music made for listening on the moon. I don’t listen to much pop music, but this is exactly what I always hope it sounds like. 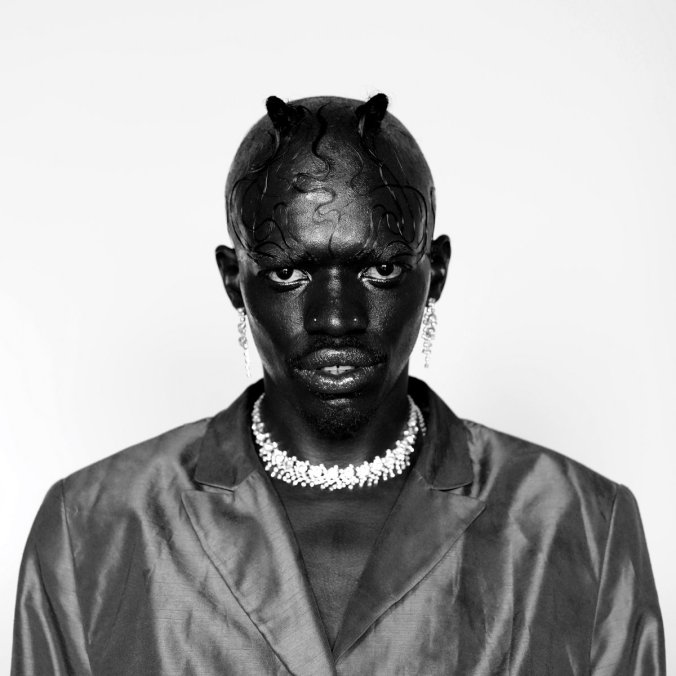 Desire is a balletic slow motion explosion of subgenres between techno and house and high-wire vocal pop, sounding like nothing else I heard in 2020. I feel inadequately equipped to briefly explain the appeal so I’m just going to tell you to listen to “Tavern Kween” if you’ve only got time for one song. Otherwise, just hit play and be whisked far, far outside whatever your everyday life may be.

Irreversible Entanglements – Who Sent You? 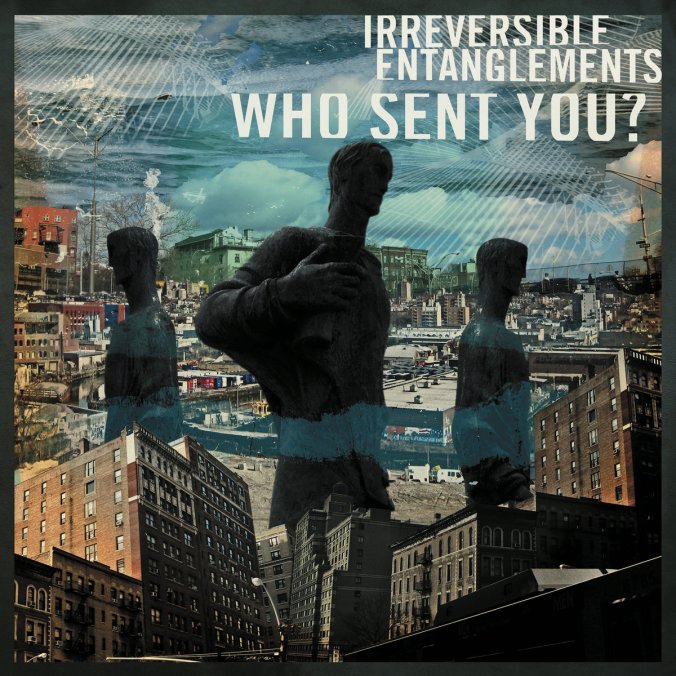 I can’t really describe the appeal of their ferocious blend of avant punk jazz beyond saying that it’s as soulful and heart wrenching as it is astonishing in a sort of mystical, sci-fi, how-in-the-hell-did-they-do-that way. Also, here’s this fun bit from their Bandcamp page:

“Who Sent You? they said from their liquid cryo-chamber, from a low-light induction field cobbled together with lithium rods, with melted down Romare Bearden and Howardena Pindell paintings, stitched with chaos fibers and placed in the center of the carrion husk of a burnt out shanty town. They took time to scrape ashen samples of what was, their souls the residue thick and caked on, that still climbs those new high-rise condominiums like moss—the only evidence that they were once there, that they were baked into the fabric of this planet—they were there fixing elevators and tossing wrenches into quantum fields until they were stopped! frisked! and turned into weird, 100-foot martyr murals on the backside, the north side, of supermarket walls—Who Sent You? is how the matrix modulation works.” 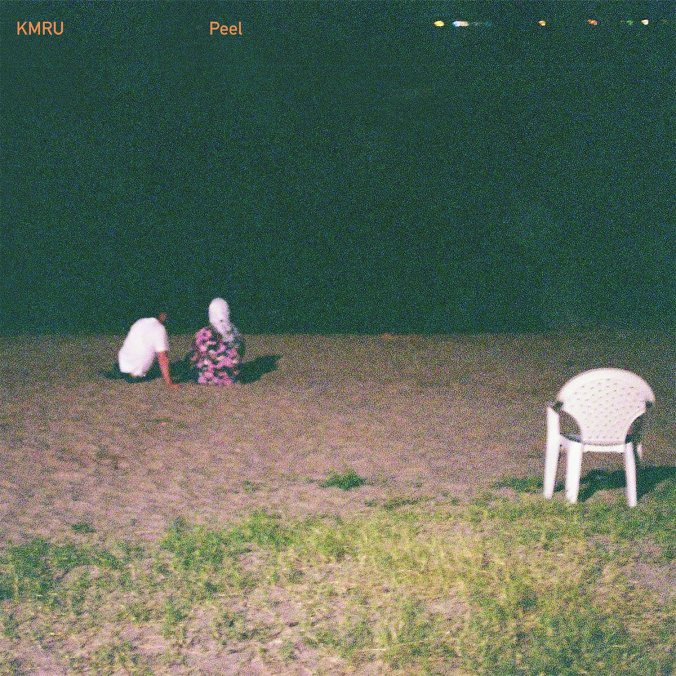 Kenyan ambient wizard Joseph Kamaru might be my favorite new artist of 2020. It helps that he not only was introduced to the wider world through this monolithic slab of live action drone, infused with field recordings and the gentle atmosphere of the deep countryside of his home, but that he also dropped two more full length ambient albums this year. But it’s Peel that I keep coming back to, trying to explore its depths, wedge myself into the nooks and crannies that were imperceptible at first. The details and the layers of consciousness reveal themselves slowly over a close listen, hopefully with headphones or at least no interruptions: this is the kind of big bold ambient music an artist takes years to build up to, but we got it right here at the start. KMRU appears on both the Jungle Bump and Love Will See Us Through mixtapes, although neither features songs from Peel. It’s just too much its own construct to fit anywhere else.