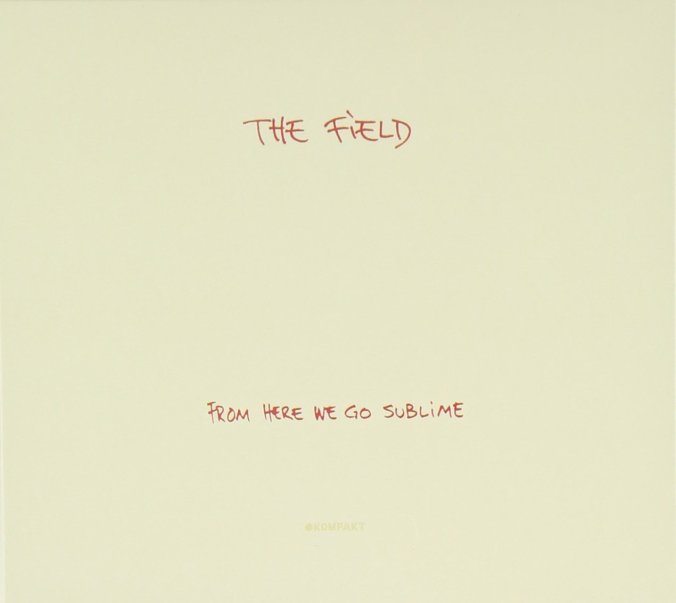 When I encountered From Here We Go Sublime over ten years ago, I could barely conjure words to describe what I was hearing. He used samples in a way I’d never recognized before, built them into a techno sound I was scrambling to take in as much as I could. It was so blinding fresh I became an instant lifelong fan, diving back again and again to these propulsive, light-footed minimal dub sounds, always leaning in closer to get a better look at the microtonal detail of it all. I wrote about this album back in the first year of this website, and I stand by my words: Pure, ecstatic, sustained immediacy. This album hits your aural pleasure centers with laser precision from the first moment until the final echo wash. Using clipped, compressed, shifted, exploded and otherwise modified samples to not only transmit a distinctly amorphous energy, but construct the beats – with each set feeling like micro-worlds unto themselves, tiny galaxies streaming by at high speed.

This is where the very molecules of dub techno were refashioned into some kind of musical rail gun and shot across the world from Berlin to America and all the way back around. It’s simultaneously super approachable and weirdly experimental. Everything great about the genre is on display here, reshaped and compressed into staccato pulses in a melodic rush. 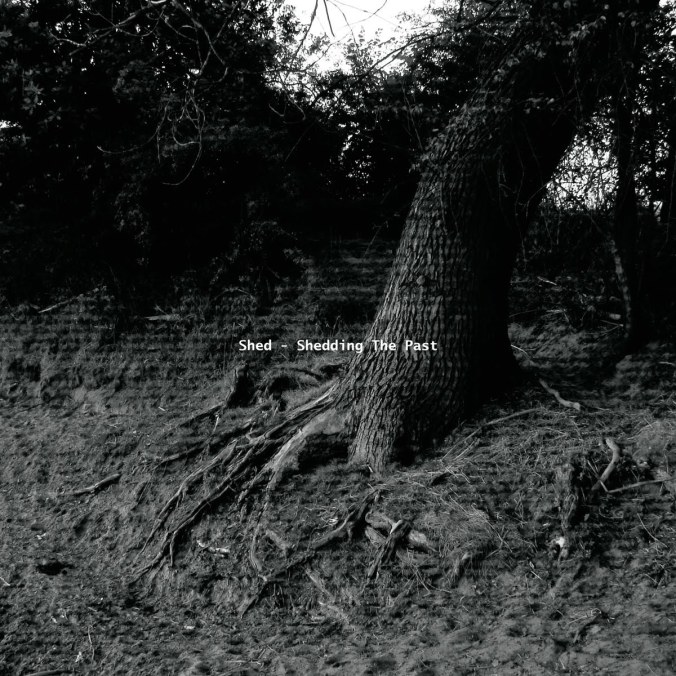 Shed’s debut album arrived with a statement of purpose tucked into its very fabric, a crackling radio transmission message from the artist himself, floating between beats. As one song transitions into another, we hear in thick German accent, “calling it Shedding the Past seemed to be a mere paradox. It feels so much the emotion, the feeling of the intensity and purity of club and rave in the early days, without resembling those gone moments. Rather, it creates a new verdant moment in us.” As Shed, aka René Pawlowitz, winds up, he arrives at the grand three words, spaced for maximum impact: True. Techno. Music. Then, the biggest beat on the album slams into the listener at speed, and it’s appropriately called “That Beats Everything!” This moment perfectly captures the essence of what’s happening here and across all great genre albums this far into the game, taking the familiar clothes of dub techno and fashioning  a radically new outfit from them. Techno’s inherent limitations give rise to profound new sounds in the right hands.

His sense of humor and playfulness help leaven the tone on what is a very serious, often sharp-edged production. This is deep, dubby techno for lovers of the genre, but at the same time, its often off-kilter sense of rhythm and soft synth tones extend a hand to those standing outside, wondering what all the fuss is about. In its mixture of accessibility and deep-dive structure, this album is the best gateway between the past and the future, between a legacy like Chain Reaction and, say, the latest dispatches from Northern Electronics, a label we’ll get to by the end of this list. Beyond its status as an essential listen, this is just a massively enjoyable album, ready to loop and reveal fresh details again and again. 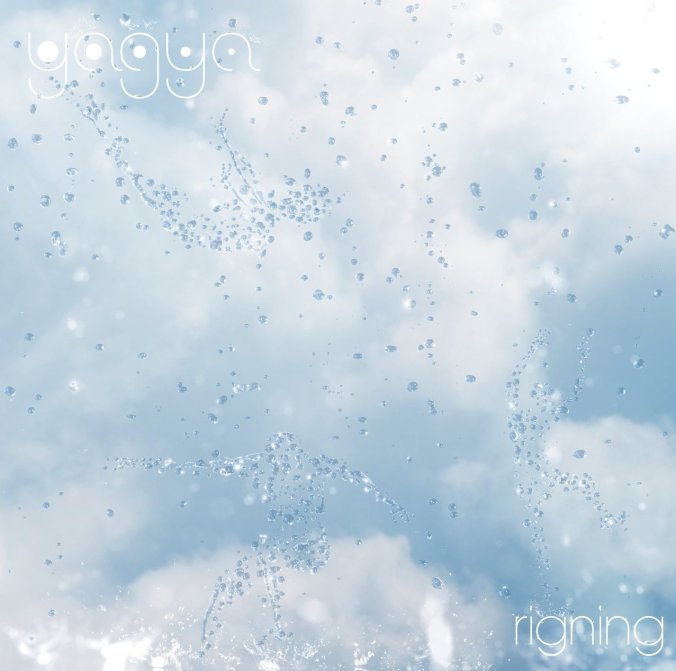 This album exemplifies techno at its moodiest and most emotionally sweeping. “Rigning” is the Icelandic word for rain, which is incredibly pertinent for Yagya here. Not only is the entire album saturated in the sounds of actual rainfall; the music itself cascades over the listener like a warm summer downpour. It’s the kind of storm you’d never mind getting caught in, all cozy ambient pads and subsumed sub bass textures washing over the mind and body, field recordings of streets and forests and bugs filling in the sensory details. In its overall effect, the album could easily be taken for ambient music, so uniformly soothing and continuous are its ten lush tracks. But the earth shaking bass simmering below ensures its status as a dub techno masterpiece and Yagya’s best album. 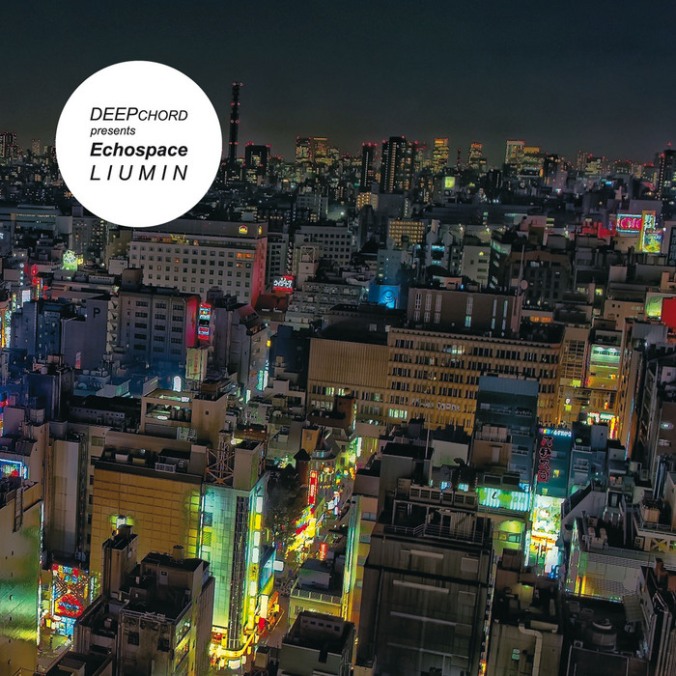 Liumin is, put simply, one of the greatest albums of any genre ever made. It’s a literally perfect album, an unending rollercoaster of sublime rhythm and sumptuous texture. It is a monolith of beauty and restraint, sculpting a living, breathing cyberpunk dream metropolis from a minimal set of building blocks. Like any good dream, it’s a seamless experience from end to end: opening in a warm drone pool, flowing like a river into light beat constructions, billowing into more hard-charging sequences, then gradually trickling down to end in a familiar ambient stillness. The entire thing is set into a landscape of field recordings, with the sound of Tokyo’s streets, subways, and citizens cropping up throughout the mix. When Rod Modell teamed up with Stephen Hitchell for a second full length release, they blasted far beyond the icy Chain Reaction worship of their first endeavor. Liumin absolutely nails a certain type of crystalline neon-soaked atmosphere that the best Detroit techno aspires to, a feeling I cannot ever get enough of. It’s built with the minimalist structure of Steve Reich’s Music For 18 Musicians, adding new sounds layer by layer, shoring up the load-bearing pieces with new facets of bass, tiny filigreed details, more field recordings of Tokyo humming to life in the background, cutting through in quiet moments, granting a sense of lived-in comfort to the proceeding. By the time this set crests with “BCN Dub” – busted radio transmission drive-bys panning through the stereo as the sub-bass towers overhead – I’m floating far above my surroundings, every single time.

The artists left a small but potent bit of description on the jewel case itself: Contains mystical vibroacoustic-phenomena culled from the aether above Tokyo. Disc two contains an atmospheric distillation of sonic-elements extracted from Liumin disc one. That’s right, there’s a whole minimalist second disc of music here, stripping away the beats and leaving only dream shards of synths and the field recordings the album itself was built upon. It’s a full length comedown from the ecstatic heights of the album itself, and it helps cement Liumin as one of the greatest dub techno releases ever made.

This is the only album also found on the 32 Best Ambient Albums Ever Made list. It’s just that transcendent. 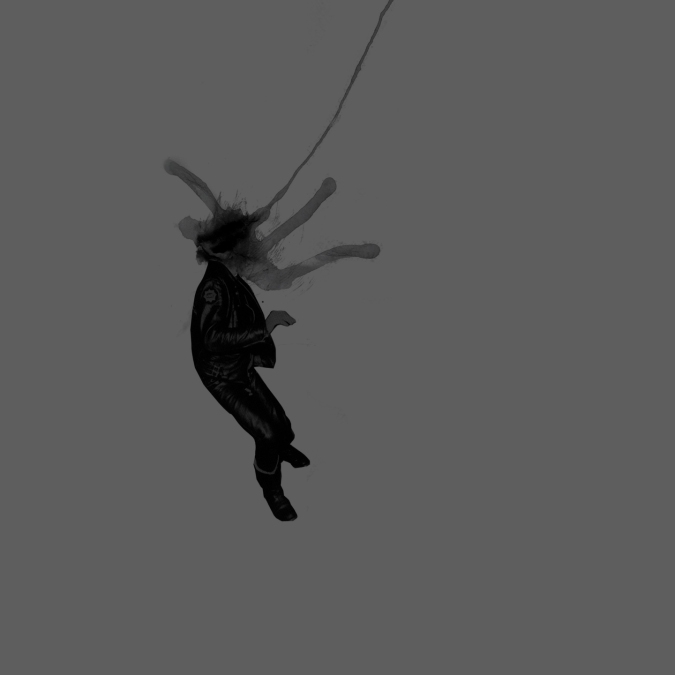 You can tell a genre is thriving when its big breakthroughs keep happening decades into its life. While Sandwell District as a discrete entity is now gone, its legacy is still spreading via the family of artists it corralled, including Silent Servant, Function, and Regis, all contributing to the masterful selection of tunes here. This is where dub techno’s dark streak coalesced into a startling new form: cinematic, menacing, powerful, ragged-edged, cloaked in shadow, Feed Forward seems to emerge from an ancient cave – like it’d been biding its time, growing in strength and waiting for the right moment to upend the entire techno world. And that it did.

Despite the inky countenance of this music, each track is bursting with life and love for the sound, with sumptuous, even warm details making sure everything feels good once we’ve been devoured and find ourselves inside the beast. Soothing ambient pads contrast with deep synth blasts out of a Christopher Nolan film. Crunchy high speed drum sounds ride over electromotive bass ripples. Mystical formless voices dissolve into muted explosions, harmonic mist spread over lengthy, atmospheric, yet ultimately very danceable tracks. I could go on and on but I’ll stop before embarrassing myself. The point is that this is such a singular statement of sound that nothing will be the same after experiencing it. 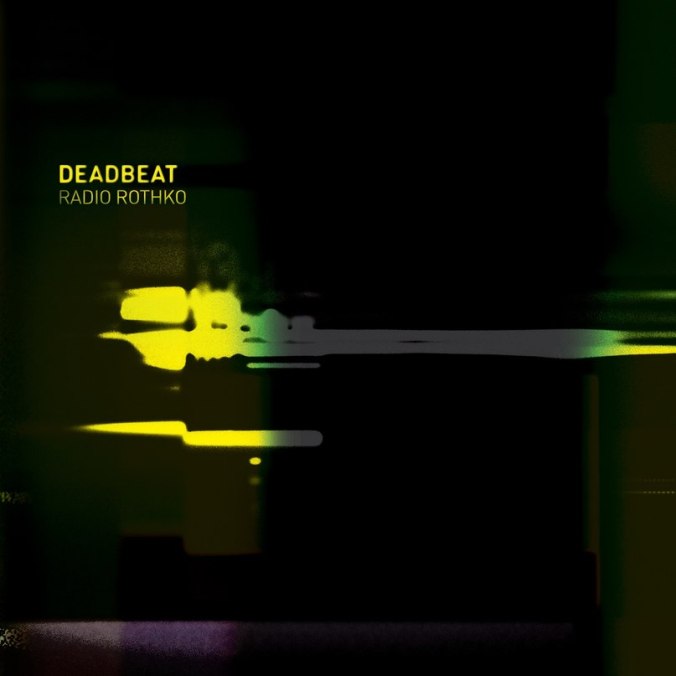 This is another one that kind of feels like cheating, just a little bit. Radio Rothko is a mix rather than an album or compilation of original material – but what an astonishing mix it is. Working as an extension of his own solo music, Deadbeat mines the dub techno genre as deeply as possible, weaving together pieces of foundational classics – Basic Channel’s Quadrant Dub makes for an early highlight – with its dark diaspora throbbing out there today. From Deepchord to Pendle Coven to genre-adjacent acts like Mikkel Metal and 2562, the sub bass pulse never lets up. Tied together with a selection of Deadbeat’s own brief pieces, Radio Rothko flows effortlessly as a dread-soaked yet dreamily relaxing continuous experience. True album or not, it’s an unequivocal genre showcase and standout album-length listen that cannot be missed. To my ears, it just barely edges out some Deadbeat original albums like Roots and Wire and Walls and Dimensions. I just feel like anyone encountering Radio Rothko out of the blue stands a better chance of getting really into dub techno. After all, this is a lovingly crafted mix of genre standouts by an actual genre standout. It’s full of love for the sound and confidence in bleeding through its edges. 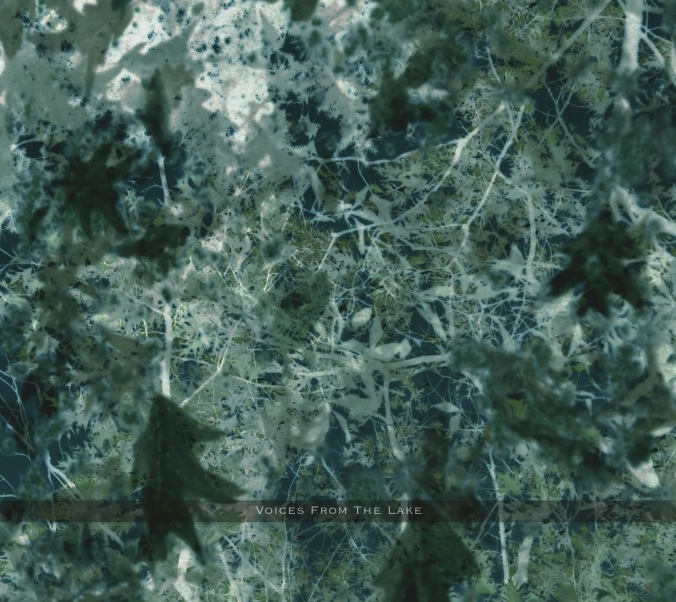 Voices From The Lake is an endless cascade of hypnotic loops, moving like stars across the sky, forming and breaking and reforming new constellations every few minutes in a continuous flow. It feels like the most naturalistic techno experience possible, as easy as breathing, as effortless as falling. But its construction was anything but effortless – this set was conjured through painstaking sound design and the careful placement of a thousand disparate elements, all interlocking like water molecules in a tsunami. The duo of Donato Dozzy and Neel finessed this material through live performances and meticulous studio work to the point that it feels like the product of some mystical forest, music borne from the earth itself.

This album joins a very short list of techno albums I’d consider to be narrative experiences, carrying the listener over a fully formed arc, conveying a wordless journey that will leave the audience changed forever. With its seamless delivery, every track blends together to form a massive interlocking flow of preternatural techno bliss. It’s subtle – more subtle than almost anything on this list when it comes to that trademark dub bass – which means its massive effect comes cumulatively, rather than up front. It must be listened to in full, because every element exists in perfect balance with every other. This is, in other words, pure Zen techno. Danceable, but contemplative; otherworldly yet tactile; propulsive and dreamy all at once. There is nothing like this album out there in the world, not even on this list. I still haven’t done the album justice, so just listen for yourself. 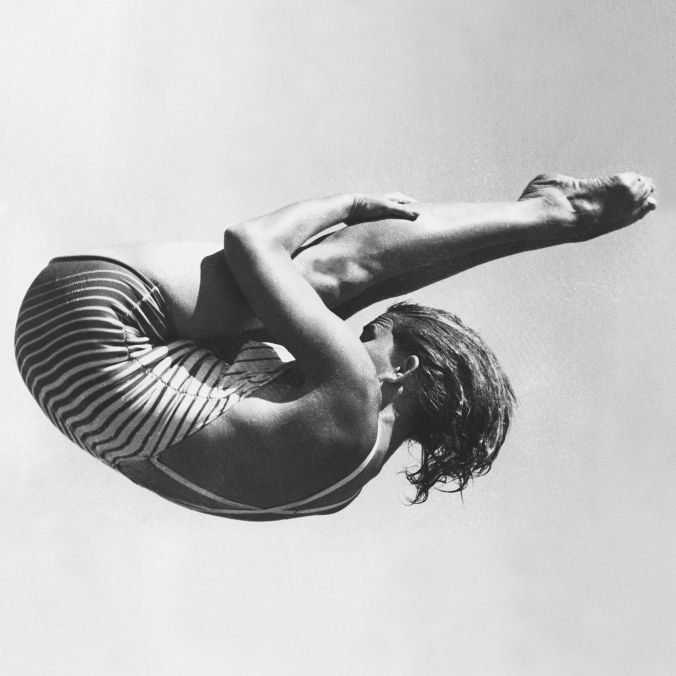 It takes all of ten seconds for “Numb,” the opening track on Andy Stott’s debut full length, to signify a giant leap from the damaged but straightforward dub techno he was known for. Siren vocals rip through silence, resonating like a Tibetan singing-bowl before a oceanic trench of low-end crunch erupts, crushing everything in a ten mile radius. It feels like a glass house shattering from the round up, each piece hanging in the air a little too long for gravity to be real. Luxury Problems is the dub techno album reimagined as crystalline post-apocalyptic earthquake soundtrack.

When we think of dub techno, we often think of a meditative experience, or at least a fluid one. Stott detonates that notion with a combination of industrial noise, atomic bomb bass, and soaring, mutated, and reshaped vocals from opera-trained vocalist Alison Skidmore. Many of these songs wind up like an old factory humming to life, before tipping on their side and steamrolling over the next several minutes in a sharp combination of the brutal and the fragile. The dynamics here are an audiophiles’ dream, while the songcraft and touch of humanity could draw in even those wary of the often hermetic nature of the genre. It sounds like nothing else, aside the following Andy Stott records – and even then, he was no longer working strictly in techno.

46 thoughts on “32 Best Dub Techno Albums Ever Made”