One of the most tactile dub techno albums ever made. The textural experience against the eardrum is one more akin to the staccato intricacy of IDM artists like Autechre and Aphex Twin than the soothing rounded tones the genre was known for. On this debut full length, the sound fields appear spartan at first, which helps amplify the strangeness of each discrete element in the mix. Throughout the album, these disparate pieces chase each other around the stereo field, often skittering up through pure treble while nebulous bass rumbles far below, an expanse of open, reverb-laden space in between. It moves from delicate to overwhelming without notice, constantly elusive and unpredictable. It’s one of the strangest early albums of the genre, but still one of the strongest.

Here’s another compilation passing flawlessly for a real-deal album experience, also originally released on the venerable Chain Reaction label. With these ten tracks, Fluxion unleashed a wild explosion of the genre, mastering the fundamentals as well as anyone else before while destroying the boundaries of dub techno as it was known. These tracks take the ascetic minimalist ethos to its extreme while simultaneously emphasizing the dubby, hotly psychedelic aspect of the music; it’s a vast open space of metallic beats, all swirling echo and aquatic reverb coloring in the gaps, dissolving the walls between concrete and imagined experience. Solid rhythms evaporate into a fine mist before sub bass kicks in, attracting it back like particulates to an electromagnet.

Like all the best minimal music, this set holds a dual nature. Heard with only half attention, half volume, Vibrant Forms could seem too barren, too repetitive, too basic; cranked up and fully facing the sound, it’s an overwhelming deluge of everything that makes dub techno the profoundly affecting music that it is.

This album absolutely perfected a unique strain of dub techno that had been building alongside its more straightforward genetic cousin, helping pave the way for an entire subgenre’s flourishing over the next decade. Pop was the fourth and final (for seventeen years, at least) album from Gas, Wolfgang Voigt’s most well-known and influential project.  That original four-album run saw his then-startling combination of compulsive 4/4 beats and psychedelic ambient music grow from an experiment to a well-oiled machine and then, in its final act, take flight into the upper atmosphere of sound. With this album, Voigt leaves the traditional sub-bass thump far below, mere echoes of its power pushing up through the cloudlike structure of these songs. In this subversion of both dub techno and ambient music, the peripheral sensory experience takes center stage, all the weird little barely-there details hovering on the edges of most dub productions suddenly pushed to the fore. The effect is staggering, a truly disorienting aural experience at proper volume; it feels like the walls of perception are not only pounding inward, but their very surfaces are swirling, crawling, scrambled beyond recognition.

When the final track hits that ecstatic moment and rides it out for nearly fifteen minutes, you’ll know exactly what I mean.

Jelinek approaches techno with a deeply curious, scientific attention to detail and structure, carving apart his influences to strip out what appeals to him, fashioning radically personal tracks out of existing tones and textures. He’s released albums built from the memories of krautrock and dusty radio pop and even radio plays, but on his full length debut under his real name, he draws from a toy box full of warm static-dusted jazz sounds. This is not to say that Loop-Finding-Jazz-Records feels in any way like jazz music; Jelinek merely uses the colors of his sample sources to paint something completely new. Throughout the album he combines these abstracted samples with then-groundbreaking glitch structures, in which digital “errors” compose some of the connective tissue of the music. The resulting sound, combining two now-dormant and vastly different planets of music, remains startlingly fresh to this day, largely thanks to his wide-open, deeply sensual songcraft. The floating, unpredictable track structures tend to snowball into urgency, each element locking into place at some point along the relaxed run times; before you know it, you’re nodding your head to a beat that at first seemed as abstract as a cloud formation. When looked at in this light, the album does share a kind of kinship with certain chill jazz monuments like In A Silent Way or even the ubiquitous Kind of Blue: if it’s turned on as background music, it’ll quickly become rapt-attention listening as the volume is turned up, its cavernous bass hitting like the pulse of a giant rising out of slumber. Loop-Finding-Jazz-Records may stretch the definition of dub techno, but it affects the listener as deeply and spiritually as any of the genre’s best.

Many landmark techno albums feel like one continuous slab of otherworldly music; Anima actually is one hourlong piece flowing seamlessly through several movements that are only visible in hindsight. First-time listeners might be intimidated by the immensity of feel and approach, the song slowly taking form over several minutes before reaching anything recognizably “techno.” I’ve always thought of Anima as some giant cyberpunk dragon, slowly coming to life in fits and starts over a full hour, unfurling its neon flecked wings in the dark. But instead of ending in a roar, the album recedes into a whisper before disappearing into the clouds. It’s utterly unlike anything else here. 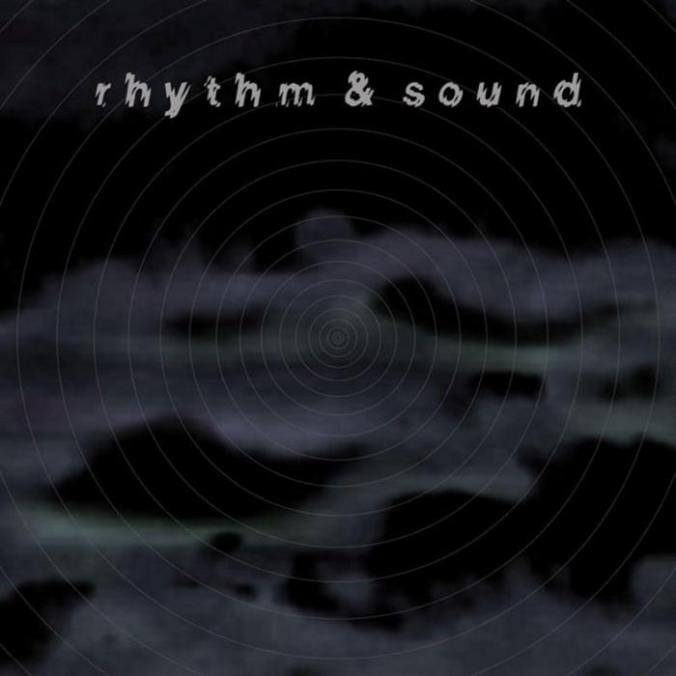 Within just a few years, Basic Channel’s Moritz Von Oswald and Mark Ernestus realized that they’d perfected their original sound and quickly moved on to a new project called Rhythm & Sound. This is the album that brought the ‘dub’ in dub techno to the forefront, looping the genre back in on its inspiration to spectacular hybrid success. While some heads prefer the many vocal features of Rhythm & Sound, which collectively push the beating heart of this inspiration into the spotlight, I reserve my deepest love for their self titled compilation. It collects some of the deepest, most cavernous dub techno songs rendered in rubbery, massive bass tones and highlights an atmospheric attention to the subtly looping details. A lone vocal cut enters this mix on the 9 minute centerpiece “Smile,” reminding us of the very real humans behind such otherworldly music. This set the stage for the next decade of their work, which increasingly saw the pair recede into the shadows while their vocal partners took center stage – sometimes literally in live productions. Their grand arc is instructive for first world musicians today, a blueprint for how to work with the sounds and signifiers of another culture without blind appropriation. Von Oswald and Ernestus understood the debt they owed to their forebears and chose to bring that original inspiration to their vast audience. 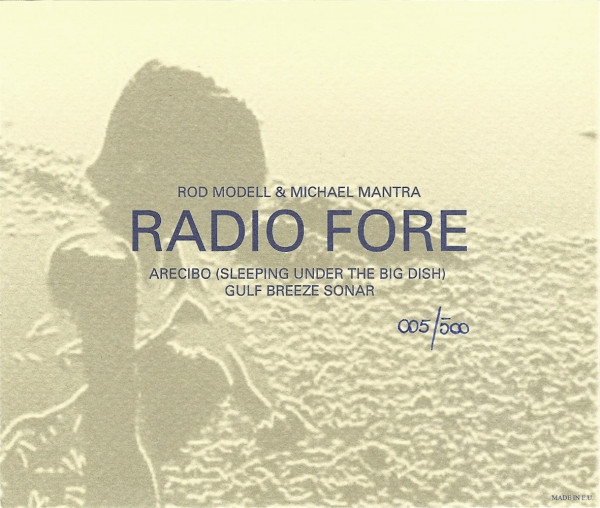 Rod Modell is often lovingly referred to as God Modell on music geek forums for a reason: his dub techno touch is transcendent, wringing pure aural joy out of any project in which he’s involved. His main music delivery system, Deepchord, has evolved into a true spiritual heir to the Basic Channel sound, but he truly cut his teeth on blissed-out early excursions like this pairing with Mantra, a man who spent his life dedicated to creating literal healing music. The California musician crafted sounds specifically designed to induce a meditative state, synchronizing brain wave frequencies, and release endorphins. While I can’t confirm if this is backed by science, the feeling is completely there. More than any other album possible under the dub techno umbrella, Radio Fore brings the listener peace of mind and body, a drifting, transportive state of being for its hour-long runtime. Some music evokes the shores of calm seas, placid starry skies, and a sense of oneness with creation; this album actually puts you there.

Even better, it comes with a lightly sci-fi twist. Here is what’s written in the liner notes: Radio Fore is a psychoacoustic journey into a deep swirling pool of 40Hz tones and binaural beats. The two extended length atmospheric soundscapes explore the mysterious sonic phenomenon that has been documented at hundreds of UFO sightings. Track one takes you for an overnight stay in North, North-West Puerto Rico, at the Arecibo Observatory. And track two takes you to the sandy shores of Gulf-Breeze Florida in the middle of the night, two places of highly active UFO activity.

While at first glance it may defy genre expectations completely, this pair of giant tunes, especially the second one, embody the soul of dub techno as completely as anything else here. Reviewed here.

Convextion, aka American techno wizard Gerard Hanson, made his name with a series of 12″ vinyl releases right along with the original titans of the dub techno genre, from the mid-1990s on through the early days of the new millennium. And then he kind of disappeared for a while, apparently holing up in solitude to craft his self-titled full length debut. It was worth the full-decade wait, because Convextion is one of the premier documents of the genre, an astounding reimagining of everything pure and beloved about dub techno from the inside out. The tracks here together compose, to my ears, one of the core documents of the sound, yet somehow never directly resemble any specific early record – they could have been made by no one else. He’s gone on to release a trickle of music over the following decade, including a seriously Detroit leaning sophomore album in 2016, but this will likely always be his magnum opus. Wiggling around the crisp and clean edges of the techno galaxy, it’s a coolly psychedelic ride and a definitive album-listening experience that expands the genre by sheer skill rather than introducing novel ingredients.

33 thoughts on “32 Best Dub Techno Albums Ever Made”