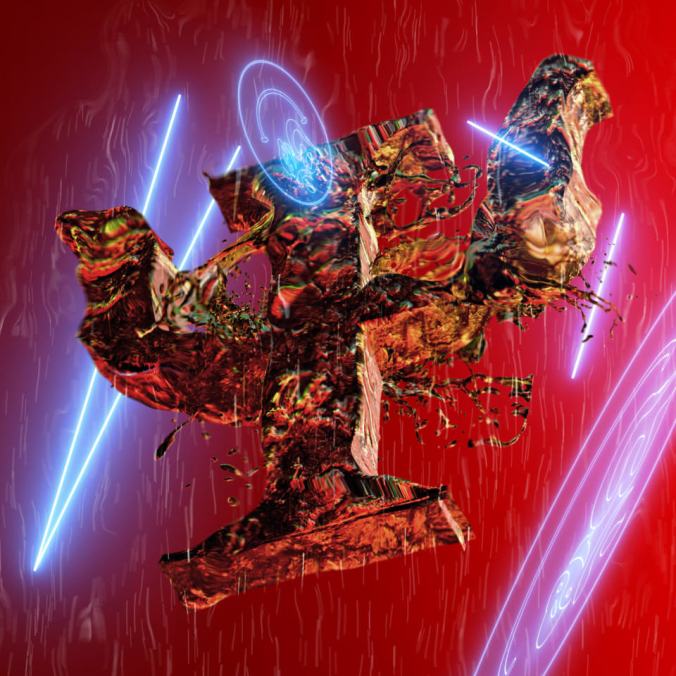 patten is about to release an album I didn’t realize I was excited for until I listened to Sonne and caught that hot feeling, a dumbstruck “this is why I love this artist” blush. I’m happy, I’m hyped, and now I’m impatient.

patten (yes, it’s stylized with a lowercase p) is one of those enigmatic acts that manages to be everything all at once to a polyamorous lover of electronic music genres. Fluctuating between hard and dizzying, soft and embracing, kaleidoscopic and micro-focused, patten’s releases leave me disoriented until the final track winds to a close. Only then can I can peer back down the verticality of the structure and grasp a pattern, understand how it all unfolded, and truly appreciate everything that just happened.

It’s been two years since sophomore effort Estoile Naiant dropped and, although I’ve always kept an eye on the project, this track still took me by surprise. It’s a shimmering strobe attack wrapped in gauzy bass wobble, pushed by entrancing smoothness and shaped by stuttering texture. While patten’s work has often evoked memories of early Aphex Twin, Zomby, or a hyperactive take on Burial’s nocturnal glow, it feels different now.

With Sonne, I’m catching the neon-soaked dread of Andy Stott’s latest work mixed with the unrelenting atmosphere of other Modern Love artists. This plot twist feels like it just might be a smart move, but I don’t presume to know everything. After all, I thought patten was one guy until yesterday. I have no idea when the project turned into a duo. Regardless, I’m now hyped up for the upcoming third LP, titled Ψ (pronounced psi).

As for the video itself, director Matilda Finn manages to visualize a feeling as dizzying as the song itself. Off-kilter cameras flow improbably bird-like between surging highway scenes and the desperate wandering of patten’s mysterious artists over sidewalks and parking structures in an unnamed city at night. The effect recalls early David Fincher films like Fight Club and Panic Room. It’s as fitting a visual accompaniment could be for a dark, near-danceable explosion like Sonne.

The upcoming album, pictured at the top, arrives September 16. You can be preorder it from Warp Records.