This album is GOD.

I haven’t been back to Optimistic Underground in a while. There has been a lot going on in life but as always I’m continuously immersed in music. Lately, with a few notable exceptions, I’ve been listening to a lot of my personal favorite albums in an effort to tap into the exhilaration of something I know I love. I think I’m also looking for inspiration, and answers. What elevated these particular pieces of music to a realm of formative life experiences? These are the albums I used to burrow into for months, knowing every nook and cranny, knowing the texture and contours like my own skin.. and yet they’re a revelation once again with the right mixture of time, decay, perspective, distance, environment and attitude. It’s probably more than that. My ears have changed, not to mention my tastes. Yet the true greats will always have a place; it takes at least time to sort them from the intense but short love affairs with slightly lesser albums.

One of the most striking moments in my listening life happened the night I heard The Flaming Lips‘ 1999 masterpiece The Soft Bulletin, driving though rural back roads with a friend who had just purchased the CD blindly. He’d picked up Yoshimi Battles The Pink Robots and asked if the band was any good; I replied with some half thought that I’d heard “their older stuff was better” without any clue if I was even thinking of the right band. In response, my friend bought the only other CD available and inadvertently changed my (musical) life forever. The warbling tape orchestra, the out-of-nowhere bass thunder on the second track, and that melody on The Spark That Bled had me instantly. I was distracted to the point that I remember images of my stereo, the booklet in my hands, the music and exclaiming about it, and not the drive itself. The friend wanted a blank CD and I gave him one on the condition that I borrow this new Flaming Lips thing for the night. I listened half a dozen times before bed. I scoured the band’s website, where the entirety of Yoshimi and a handful of earlier album songs streamed free (this was extremely novel and rare at the time, about 2002). I became a total diehard fan in a matter of weeks.

This is all to preface the fact that when I dug through my collection after moving – when the cds and vinyl are all out in the open like that, it’s easier to become excited about certain albums – I had a lurch in my heart toward this album. I needed to hear it. My soul was calling to it, or being called. The next thing that happened was.. despite never having had much of an extended break from hearing it, I was getting the fresh, brightening outlook, rising sun, open chakra, wide eyed feeling all over again, a decade later. The thing that meant most to me at the time, I believe, was this feeling of new possibilities and opportunities everywhere. This adventurous, brave, open and attentive nature was overtaking me and my outlook on life literally widened in scope. It was a confluence of events and life changes, but The Soft Bulletin crystallized that feeling in a single disc I could grasp forever. It was exciting; all the rough, unnerving bits that hit me by surprise like sudden deer in the headlights became the very signposts for the change I was seeking. This album is not only different from what the band was doing, what was accepted and loved in pop music, and what I’d been into until that moment, it actually embodies that jarring, eye-popping thunderclap of sudden and real change in life. The songs each take off like a homemade rocket, reaching space against all odds in some miracle of ingenuity and love. This is not something I take lightly. 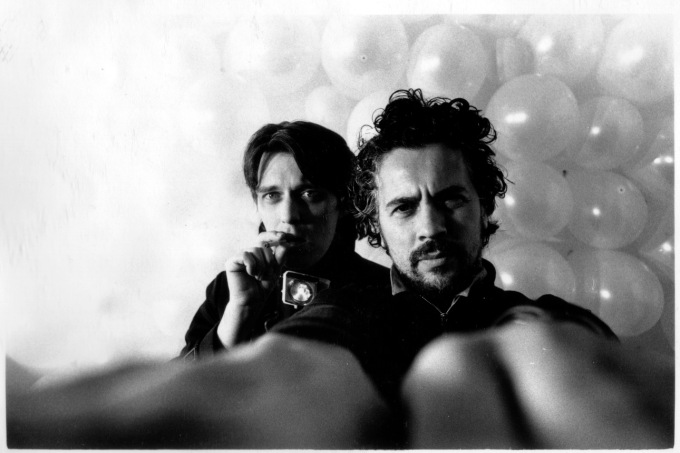 I came here today merely to share the following documentary but was overcome by my continent of feeling for this album. I could drift for days on how this makes me feel. I know it was released last year but I only came upon it during my recent binge and was blown away by the reverence and passion the band still have for this masterpiece. It not only delves into the nuts-and-bolts creation of the music itself but also dissects a bit of what makes it such a personal touchstone for a certain set of folks. If you’re already a fan, be prepared to have your nostalgia drive working overtime and keep the album handy for an inevitable post-viewing listen. If you are unfamiliar, I kind of envy your position. This is beautiful new territory, and in my view the documentary will make a perfect introduction.

I must note for the diehard fans that the audio used in most of this appears to be from the 5.1 and/or recent vinyl issue of the album. If you’re as irredeemably familiar with this music as I am, it’ll be a nice experience to get hands on either of those releases and hear this music rendered in a slightly different (clearer?) light.