I finally visited one of the best record shops in the country, a little place called Gramaphone Records, nested in the north end of Chicago. This place feels tailor-made for my tastes, focusing on house and techno, providing room for all the weird corners of electronic music that most shops tuck into a dark corner.

Gramaphone is a groove music mecca, and appropriately enough, the place where I found one of my personal holy grail records. I can’t wait to go back some day soon, when my life looks very different.

END_OF_DOCUMENT_TOKEN_TO_BE_REPLACED 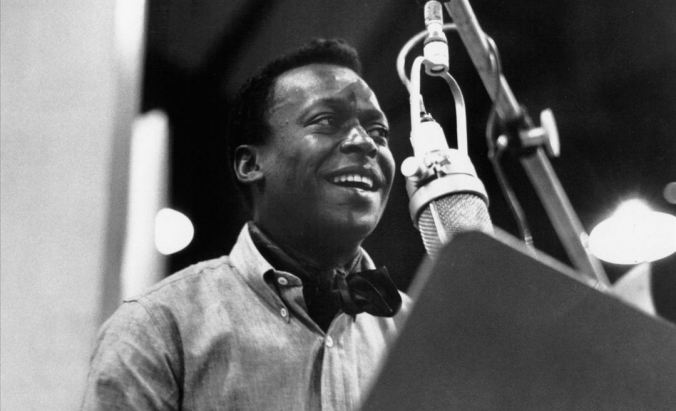 Miles Davis is one of the most prolific musical geniuses of all time, having dominated most of the 20th century jazz landscape with progressively experimental releases that pushed the boundaries of what music could be. His work was not only adventurous; it was catchy, fun, thrilling, and always memorable.

Being a huge fan of the artist means having to reframe my perspective when a novel aspect of his work catches the light just so. This happened again.

END_OF_DOCUMENT_TOKEN_TO_BE_REPLACED

This week in music features a big dip into the past, plus something super new. I also need to mention the movie I watched instead of the Oscars, because it’s the best I’ve seen in weeks. All I know about Sunday’s ceremony is that Ennio Morricone finally won and so did Leonardo DiCaprio. It’s a good thing; this music is more interesting and important.

I’ll start with the new music because it’s the most deserving of attention.

END_OF_DOCUMENT_TOKEN_TO_BE_REPLACED

Cocteau Twins made some of the most unique music of all time. I could hear a two second clip from any song in their catalog and know instantly who it is. This is the only dream pop band that sounds like it came from actual dreams.  People tend to love everything they’ve done, or nothing at all. I’ve been addicted for years.

END_OF_DOCUMENT_TOKEN_TO_BE_REPLACED

Drexciya is an enigma of an act that left behind some of the greatest and strangest techno and electro music ever recorded. From the debut album Neptune’s Lair, here’s the first song I heard, the tune that hooked me and opened up an entire new world of sound.

I’d never known the outer reaches of techno until I listened to Andraean Sand Dunes.

It’s a pure exploration of genre constructs littering the ocean floor, an aquatic adventure full of energetic machine-funk pulses and glistening columns of light reaching down from the surface. This is techno for adventuring, the kind of track that makes me want to kick open my front door and run through the night, rather than dance at all. In other words, it’s more My Kind Of Thing.

While the production itself springs from the sounds and structures of classic electro, the music leans hard into futuristic Detroit techno, with a cascading synth repetition begging hypnosis rather than hip shaking. The bass line is as funky as this kind of music gets, but it’s sunk into an atmospheric wash of melody, dropping out for moments of pure untethered synthesizer flight. Head nodding never felt so aerodynamic.

Despite my years-long love of Drexicya, I have never previously written about them on this blog. The mysterious duo of James Stinson and Gerald Donald may have dissolved after Stinson’s untimely death in 2002, but their legacy has only grown over the years. After a host of single and b-side collections were issued, their original album label Tresor began repressing the classic trio of full-lengths on vinyl. This is important, because it means that I was finally able to pick up a copy of Neptune’s Lair and own a piece of techno’s weirdest mythology. It’s not just an important and brilliant album; it’s incredibly easy to get into and enjoy. You can find a copy via Discogs or even on Amazon, though the latter’s price is outrageous.

A lot of my friends just can’t get past Kanye West‘s outsize personality, and I think that’s a damn travesty. He’s not just a good rapper and producer; he’s a bonafide superstar with the gravity to pull in a who’s-who of incredible artists. He might shine too bright in public for your tastes, but he shines even brighter on record.

Despite all this, I’m a firm believer that one listen to Monster should be all anyone needs to become a fan. For this track from his 2009 opus My Beautiful Dark Twisted Fantasy, Kanye’s managed to corral Jay-Z, Rick Ross, and most notably Nicki Minaj for set of ferocious verses that more than justify the name.

This tune is one of the best posse cuts I’ve ever heard. It’s on par with a lot of great Wu-Tang material; just flawless verse after flawless verse, a parade of wildly different personalities detonating as one cohesive sound. It’s kind of insane to read just today that West doesn’t think the album is as good as us fans do.

END_OF_DOCUMENT_TOKEN_TO_BE_REPLACED

My morning news just brought word that Edgar Froese, founder of one of my favorite bands of all time, Tangerine Dream, has died at age 70. The cause of death was pulmonary embolism.

Tangerine Dream, for those only familiar with the name via a smattering of mostly-great 1980s film soundtracks, were one of the most innovative and popular bands to emerge from the 70s German krautrock / kosmiche scene. Constantly evolving, they helped birth the modern ambient sound and informed generations of electronic music in every form. Froese was the only consistent member through dozens of lineup changes that included the luminous contributions of Klaus Schulze and Conrad Schnitzler.

Moving from spooky moonscape-scouring meditations through epic space rock and pulsing dance music, Froese never let the band stay perched on one sound for long. With over 40 years worth of music to choose from, fans of the band can never reach consensus on what is the best. Personally, my heart will always return to Rubycon. The eerie psychedelia on these two tracks laid the blueprint for ambient rock, but was so much more than a chill-out session. Analog synth arpeggios lay a spaced out bed for for a quietly propulsive rhythm. With a wash of disembodied choral voices influenced by György Ligeti, plus tactile sounds from gongs, strings, and woodwinds, the eponymous pieces build tension and ease it away like a tidal wave in slow motion.