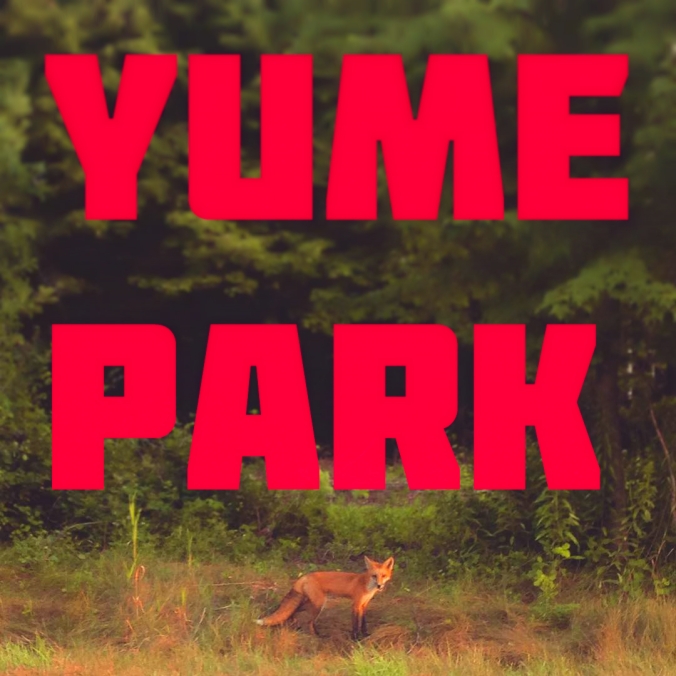 Take a little journey into the digital forests of ancient Japanese video games and half-remembered dreams. This is Yume Park.

This mixtape takes a hard swerve into exotic space, bouncing rhythm, and funky groove. It’s a get-up-and-go sound for getting lost in the woods, resolute meandering after dark, a gateway into the balmy nights of summertime.


Tracklist appears as the songs play, and at the bottom of this post.

This time around, I was inspired by a recent re-watch of Akira Kurosawa’s final film, Dreams. The movie is composed of a series of interconnected short stories touching on Japanese mythology, modern ghost stories, and the everyday spiritual struggle of living life. It’s one of the most fantastical films ever made, crossing the scope of human experience from childish whimsy to the grim spectre of planetary annihilation. The stories feature a man appearing in various stages of various lives, phasing through every shade of empathy possible, connecting the vast expanse of storytelling with stoic grace.

The first story is about a young boy who wanders into the forest after a rain storm, despite his mother’s warning that he might interrupt a fabled fox wedding. Of course, he does, and the resulting conflict kicks the grand narrative into gear. This moment clicked in my head along with memories of playing Final Fantasy games in high school, hours lost in hazy 32-bit realms after a dangerous, impossibly seductive introduction. I reflected on the timeless appeal of those synthetic adventures from my past. I focused on the Zen-like experience of locking into the rhythm of play, tapping along with the music as I tip precariously into the glowing screen and its pixelated pleasures.

What was the big appeal?

I wish I had a single word for it, something complex and highly specific, and probably German. It’s the sense of driven purpose, of a journey with a goal, matched with the freedom to stop and smell the flowers any time I desire. Heightened urgency crossed with meditative grace. It’s a feeling that rarely occurs in real life, where these disparate ideas stand on opposing sides of the yawning chasm of responsibility. The feeling is real, but difficult to render tangible.

This is where the mixtape comes in. Yume Park is my best expression of that unnamed emotion, the only way I knew how to state it.

The name comes from the Japanese word for dream – yume – combined with the only space where humans have curated nature into our own framed narrative. The sound comes from a selection of artists that evoke this fantastical sense more than anything else tumbling around the world right now.

Ranging from hopped-up weirdo house bangers to drifting, skeletal percussion workouts, the mix is dotted with otherworldly vocal numbers and galactic synth explosions. Listeners may recognize the crystalline voices of American singer Nite Jewel or 1980s Japanese synth pop band Mariah, shimmering beats from expansive labels like Orange Milk, 1080p, and International Feel, and a whole lot of weird, wonky territory in between. The cast of artists spans the globe, just like the characters in my old favorite JRPGs.

There’s a lot of room to get sidetracked in here, so I hope you enjoy getting lost.

About the cover art: In a moment of serendipity, I was searching for the perfect image to accompany this sound and stumbled upon the photo of a fox. A photographer friend had taken the shot a couple years ago, immediately striking my fancy. At the time I’d asked if I could use it for a mixtape, but it ended up lost in a folder on my computer. Last night though, everything clicked into place. The photographer is Kalaina Sullivan. You should check out her fantastic work.

Imagine a key
That unlocks the door to the forest with its secrets
To the sky with its peacefulness
To the universe with its infinity
To a future with the promise of a better life.

I believe jumping in blind is best, but if you prefer to know what’s coming, that’s cool. Here’s the full track list: