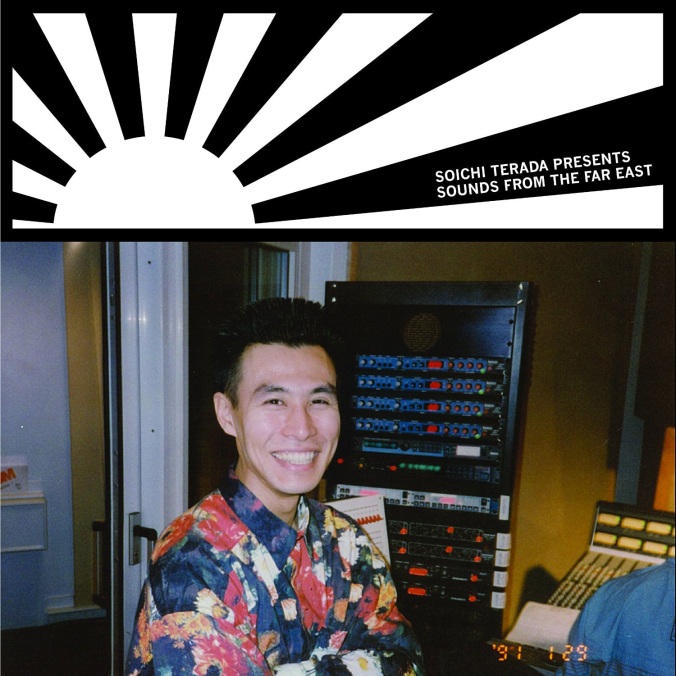 This is some of the brightest, most colorful music I’ve been into in a long time. It’s a psychedelic magic trick, striking the pulse of zeitgeist labels like 1080p and Orange Milk from far out of left field, a completely unexpected place and time.

I was tricked in the best way when I first heard Soichi Terada Presents Sounds From The Far East.

It’s an album I should have been submerged in way back in early 2015, when I first noticed it making the music site rounds. It also appeared on my Spotify recommendations, which may have surprisingly been a factor in my non-listening.

If only I’d heard this song, for example.

I’ve got an unfortunate reflex when it comes to algorithmic recommendations: I ignore them. Maybe it’s because I came of age before the internet became what it is, or maybe it’s just a distrust of the cold math of computers when it comes to something as warm and subjective as music. The point is, I shy away from those recommendations in favor of ones from my friends or my own aimless wandering through the web.

The fact that I’m so deeply into this album now speaks to the fact that, while those algorithms may occasionally strike gold, my friends know my taste; they know me. One friend knows exactly what kinds of techno I’ll love. Another brings me left-field picks from the hip-hop world. More still offer their own favorites, knowing that I’m always open to try something new, so long as it’s backed by enthusiasm.

Last week one such friend posted a Facebook status, stating that anyone who Liked would get a recommendation. Of course I clicked. When I saw the album cover, I knew it was time to hear what Soichi Terada had to offer. I’m so thankful that this friend made up for my own reflexive shortcoming, because it’s become an instant favorite.

Terada’s aesthetic is so infectious that, not only does he get away with sampling the flute from Peter Gabriel’s Sledgehammer, he makes it work really well in an ecstatic dance context. Hear it for yourself:

Bright, bold, catchy as possible, the sound here exists in its own hermetically sealed little world. These songs float impossibly between the guileless bubblegum charm of shibuya-kei and deep Chicago house. Synth bleeps and sampled tones flutter weightlessly across a simple but effective beatscape grounded in the kinds of tropes any dance fan will remember from the early 1990s. Jungle rhythms, midi horn blasts, and noodly jazz keyboards take the time warp aesthetic to the next level, along with a subtly lush production sensibility that yanks us back to today.

The crazy thing is, these songs were actually recorded in the early 1990s.

It turns out that the album is a compilation selected by modern day artist Hunee, featuring apparently long-sought material by Soichi Terada and a handful of his contemporaries. The title is a nod to Terada’s own Far East Recording label, founded in 1989 when he stood alone with his vision, no publisher support to be found.

The general sound here springs from the heart of American deep house. These songs evoke the lush, hypnotic “after-party” sound that informs DJ Sprinkles, Francis Harris, and other big favorites of mine, despite working with a more technicolor palette.

In the late 1980s, Terada became immersed in the sounds of house and hip-hop, according to label Rush Hour Music. He began crafting his own music using at-the-time cutting edge digital sampling, which gives a lot of the songs a laser-precise atmosphere.

To me, it’s the perfect evocation of that era’s video games, especially titles like F-Zero on the SNES. A powerful combination of my own filtered nostalgia and modern affection for these tones and textures makes this an especially compelling listen. I imagine anyone who grew up near the same time might feel the same way about it.

Sounds From The Far East is the best type of compilation, coming together so seamlessly as to pass as a coherently produced album. Even better, it defies time itself as an enigmatic shape, unable to date.

The album can be heard streaming on Spotify or purchased right from the Rush Hour Music Bandcamp.

One thought on “Soichi Terada Presents Sounds From The Far East”