This week saw a small explosion in surprise music releases, with both Radiohead and James Blake dropping new albums mere hours after announcing them. It also brought one of the best politically charged albums I’ve heard in a very long time, from Anohni, formerly known as Antony Hegarty. This trio of releases opened a bold new chapter for gorgeous British vocals in 2016.

As someone who listens mostly to instrumental music, it was a refreshing change of pace. Let’s get into it.

With her incredibly powerful voice backed up by innovative production by Hudson Mohawke and Oneohtrix Point Never (a longtime favorite of mine), this album instantly became my favorite work by the artist formerly known as Antony. Her gender transition seemed bring a new boldness and sense of purpose, as these 11 songs definitively show.

It takes a special kind of nuance, heart, and sense of wonder to convey world-sized political sentiment in such personal, agonizing detail, and Anohni brings it in spades. Whether exhorting the powers that be to Drone Bomb Me or asking, Why Did You Separate Me From The Earth?, she conveys the raw power and sheer insanity of our modern world with the up-close drama of a first person account. This album is a magic trick, making relatable human sized drama out of the entropy of humanity itself.

It’s also incredibly catchy, gorgeous electronic music. The atmosphere surrounding the album, the critical and popular acclaim reminds me of Björk at her peak, when Homogenic was haunting the existential collapse of love in 1997 and people couldn’t get enough. She was making overtly political, personal, strange electronic music and getting well-deserved recognition.  Similarly, she came to the table with renowned producers but was absolutely steering the ship down, accounting for every detail. This is Anohni’s album in every conceivable way, her laser blast to the aching heart of the world itself.

Here’s the second track, 4 Degrees. It’s not my favorite piece on the album, but it’s a perfect introduction to the sound.

The album can be purchased directly on the Secretly Canadian label site.

James Blake – The Colour In Anything 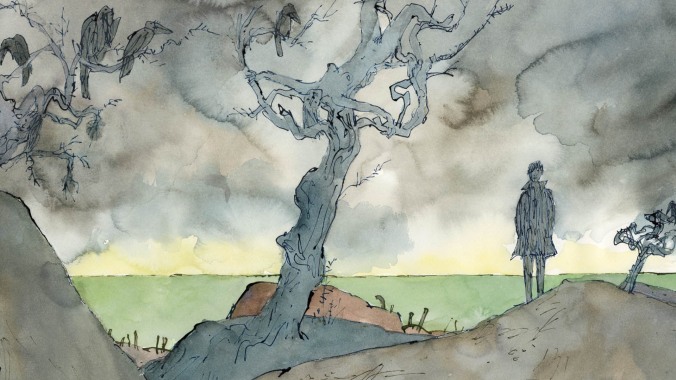 I wrote extensively about James Blake’s new album this week, and I think I did it justice. Here’s an excerpt from the full album review:

The Colour In Anything is expansive yet minimal, packed with moments of deafening silence, erupting in extraordinary detail. The lengthy running time allows Blake to stretch out each of his impulses, indulging in pure vocal explorations and extended instrumental passages alike. Longtime fans, familiar with his groundbreaking CMYK and Klavierwerke EPs on classic dance label R&S, will recognize that iridescent blue glow all over the production techniques. It’s been buried for years, but the impulse returned stronger than ever. The cumulative effect leaves me gobsmacked, running through a sensory juggernaut.

This is the first time that Blake has collaborated extensively with other artists, including Frank Ocean on writing and production duties. Bon Iver’s Justin Vernon carries his signature high-register voice in a perfectly sympathetic dance with Blake’s tenor vocals on mid-album highlight I Need A Forest Fire. Since both artists are well known for manipulating their unique voices, it’s one of those eureka moments where you wonder why they haven’t crossed paths since the one-off single Fall Creek Boys Choir in 2011. It’s also emblematic of the way the entire album is put together: a series of high contrast moments of striking sincerity and nuanced bombast that elicits surprise despite its lack of truly new elements. James Blake has reformulated his signature dish, but he’s using the same ingredients he’s worked with all along.

Here’s I Need A Forest Fire, with an intriguing digital video directed by Matt Clark in collaboration with Chris Davenport.

The album was released digitally last Friday, but the the vinyl 2lp can be preordered on Bleep. The release date is July 15th.

This album dropped Sunday afternoon and quickly consumed the rest of my day. It’d been a long time since I was deeply into Radiohead, but the new album changed that in an instant. It’s a late-career game changer that might even change the minds of those who haven’t been interested in the band for a decade or more. Here’s an excerpt from my review:

A Moon Shaped Pool is a fully matured evolution of everything good that was hiding in the background and around the fringes of their past work. Those dreamy interstitial passages, the lattices of synths, whispered samples, they’ve all come to the fore, supplanting the mostly traditional rock sounds that the band was always anchored to. Instead of merely nodding toward Can via snippets of motorik pulse or jazz-infused drumming, they’re actually making art in the same otherworldly vein as the hugely inspirational band themselves. This is a Radiohead with nothing to prove to anyone but themselves, unmoored from expectations…

…The pieces here aren’t really songs in the most traditional sense; they’re pure groove constructions. Each track builds over a slow motion rhythm section, snowballing in intensity while remaining locked into its essential momentum. Verse-chorus-repeat structures are subsumed and dissolved. Chord changes are masked and minimized. Each new element enters organically, lit by the same stars as the rest of the production. I’d call it minimalism if it weren’t so lush and overstuffed with detail. Mid-album track Ful Stop is a perfect example, all coiled up violence and slow building drum intensity that chugs with clear-eyed focus into oblivion. Instead of exploding at the end, the groove consumes itself.

Radiohead hasn’t ever sounded further from radio rock, but they sound more like a band now than they ever have before.

This is just a small piece, but if you’re interested, you can read the rest of the review here.

The album is out digitally and can be purchased via Radiohead’s website but the vinyl and CD editions arrive next month. They can be preordered at amoonshapedpool.com. 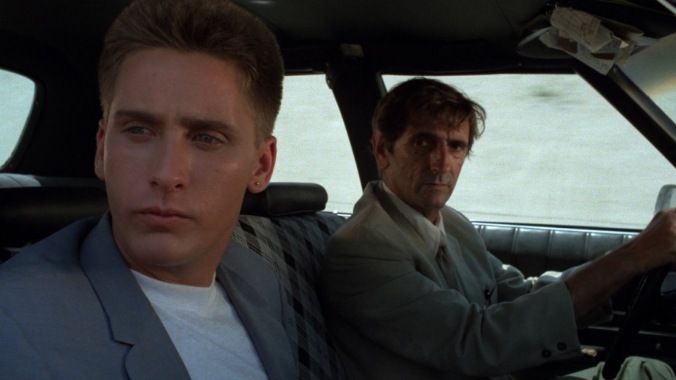 This is the most punk movie of all time.

Written and directed by Alex Cox, who went on to make the epochal Sex Pistols biopic Sid and Nancy and helped write the astounding Fear and Loathing in Las Vegas adaptation by Terry Gilliam, it’s an atomic bomb of cult movie perfection. It’s a middle finger to the retrograde politics of the Reagan era, a freak flag blazing through a staid American landscape, and a masterpiece of the sublimely weird.

The movie stars Harry Dean Stanton as a weathered repo man who recruits nihilistic middle-class punk Emilio Estevez on a mission to repossess a mysterious Chevy Malibu with a $20,000 reward attached. It’s black comedy and sci-fi thriller delivered with the sweetest dose of punk rock that’s ever appeared on a film soundtrack.

The music selection can’t be emphasized enough. Iggy Pop, Black Flag, Suicidal Tendencies, and a dozen other visionaries pepper the film from end to end, juicing its energy in a way that will leave you exhausted and slap-happy by the end.

Simply put, it’s one of my favorite movies of all time. I’m so glad that I finally bought a copy of the Criterion edition.