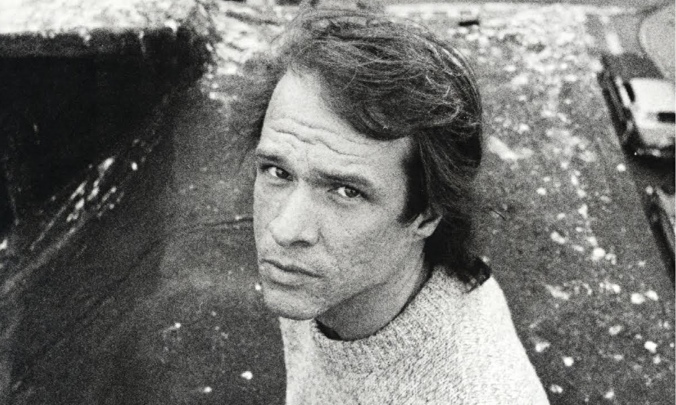 It’s hard to describe to a newcomer exactly what Arther Russell does that’s so ineffably unique. He’s a cellist, composer, and otherworldly disco producer who crafted some of the strangest and most deeply affecting music the world has ever known. His singing is deeply felt, vulnerable, and nothing like any classic vocalist.

Arthur Russell was unforgivably ignored in his lifetime, but I am so thankful that the massive body of work he kept to himself has been thoughtfully collected and released in the years since. He may have died before I was 10 years old, but he’s now one of my favorite musicians ever.

The man’s brief career began in the 70s collegiate avant-garde scene, collaborating with Steve Reich, Philip Glass, Rhys Chatham, and most notably, Allen Ginsberg, accompanying the beat poet’s live work on cello. He moved into the gritty New York disco scene and crafted some of the most alien dance singles of the era before finally crafting his own masterpiece. World Of Echo, a solo journey of vocals, cello, soft percussion and electronic effects, is the only full album released during his lifetime, as Russell died of AIDS in 1992, nearly broke.

I first discovered him via the World Of Arthur Russell compilation from 2003, which gathered the best of his avant-disco songs into a perfect album-style flow. I was hooked right away. I’d never heard such delicate dance music, flush with brittle synths and subtle drums, blooming with echoed cello melodies. His vocals scarcely make an appearance, but they leave a deep impression.

The below song is a perfect example of his cerebral yet romantic take on funky, jazzy pop. The drum machine and cello dance warms my cheeks. The male/female vocals give me chills.

I discovered Calling Out Of Context and realized that I was listening to one of my favorite artists ever for nearly the first time. This 2004 compilation was even more cohesive, packaging a set of twisted pop songs from another universe, a place where naked emotion and pop-funk played with fire and free jazz. I plan on writing more about the album, as it’s one of my most treasured listens.

I’m writing today, however, to proclaim my joy upon hearing the latest “new” release, Corn. It’s 2015. Nearly a decade since I first heard his work and 23 years since his death, Arthur Russel is still surprising me.

I was so skeptical. Another collection from a man who’s been gone over 20 years? His posthumous output, as a percentage of his total body of work, is rivaled only by 2pac and Biggie. Unlike those two geniuses unfairly cut short in their prime, Russell’s unearthed material has been consistently brilliant, worthy of the man behind it.

Corn really is another revelation. It’s got a rough atmosphere, but was put together with such care that the grit feels purposeful and holistic. The new versions of Keeping Up and Let’s Go Swimming feel like alternate universe echoes of the classic songs I’m familiar with, bursting at the seams with new distortion and reshuffled vocals. The entire thing feels, yet again, like a cohesive album.

It boggles my mind to think that Russell left so much heartbreakingly brilliant work unreleased during his lifetime. It was obviously not by choice; no one was ready to take a chance on music like this, music that still sounds futuristic almost 30 years after it was recorded.

I’ve got so much more to say about this beautiful man and his unknowable work, and I will be sharing more in the future. I’ve felt intimidated by the idea of writing about him for far too long. This is music that strikes at my soul, in every weird, fucked up, nerdy, insecure part of it.

Below I’ve embedded the final and possibly most out-there song on the album, Ocean Movie. It’s a sort of collage of elements from every prior song, washed over with waves of feedback. It wouldn’t be my first pick to share, but I’m not worried. If you’re not already excited to listen to this album, a song won’t change your mind.

One thought on “Arthur Russell’s beautiful ghost returns with Corn”