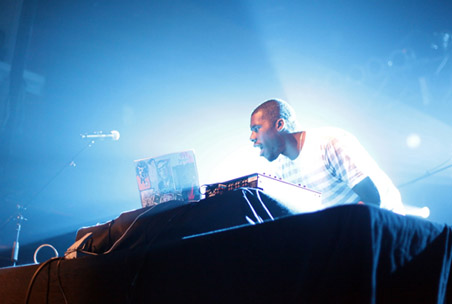 Last weekend I had the pleasure to see Mr. Steven Ellison, aka Flying Lotus, perform twice in the same day.  The first event was a live collaboration with Dr. Strangeloop for the Ann Arbor Film Festival, scoring the 1962 avant garde animated film Heaven and Earth Magic as it played in the Michigan Theater.  Truly one of the strangest media experiences of my life, the film itself is an utter mind fuck – stark black and white 19th century cutout images swirling, grinding, and making Dali proud – while the accompanying score blew the doors off my perception of what Flying Lotus is capable of.  This material was a straight up experimental drone symphony and shared few commonalities with the ostensibly beat-centric music the man is known for.  Of course, I gave myself to it wholeheartedly and was spit out the other end with wild eyes and an expanded level of respect and admiration.  And some dizziness. 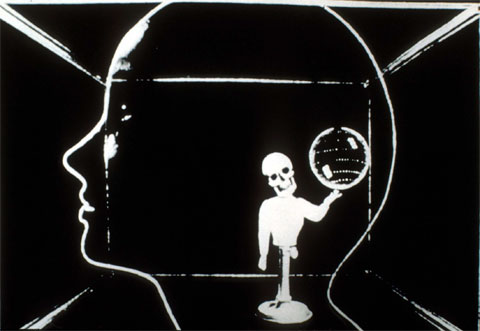 A still from Heaven and Earth Magic.

Then, we hit the Blind Pig and became truly and completely blown away.  We were the faithful masses and he was our prophet.  Everyone around me surrendered to the tunes; even the most reserved students were compelled to move at least a bit.  The live set eclipsed anything I came prepared for, and set the bar for live electronic acts at least a few notches higher than I’d perceived possible.  Here’s a glimpse of him weaving Idioteque, one of Radiohead‘s towering productions, into the maelstrom:

[enjoy, and remember that Cosmogramma is coming May 3 in UK and 4 in US! Preorder now!]

One thought on “I Was There!”