So, I took my time.  I like waiting until the year is actually complete before naming the best it offered.  This was worth it, as a few of these entries didn’t make it until the waning days of December.  So, here goes.

I don’t ascribe to revisionist history.  You probably went ape shit for this album in January but diss it now that your kid brother likes it.  Merriweather Post Pavilion is simply a flat-out fantastic psychedelic pop album.  Nothing more, nothing less.  Sometimes, that’s perfection enough.

Incredibly innovative instrumental hiphop (although that term is sorely lacking here).  This is the first dj-based music I’ve heard since The Avalanches‘ seminal Since I Left You to render even a remotely similar feeling.  Both blushingly romantic and heady as all get out, it’s got more blood pumping in its veins than a hundred ‘real instrument’ based albums.  Pair it with his Get Familiar + Rude Effort single and you’ve got the sweetest half hour of 2009.

The Field – Yesterday and Today

Minimal techno blossoming into something altogether more wide-reaching and accessible, expanding the definition of what Kompakt records invokes. Touches of Boredoms‘ tribal transcendence, hypnotic but playful trippiness, and unabashed pop overtones ooze from this album’s pores.  You won’t find an easier ‘in’ to techno anywhere else. 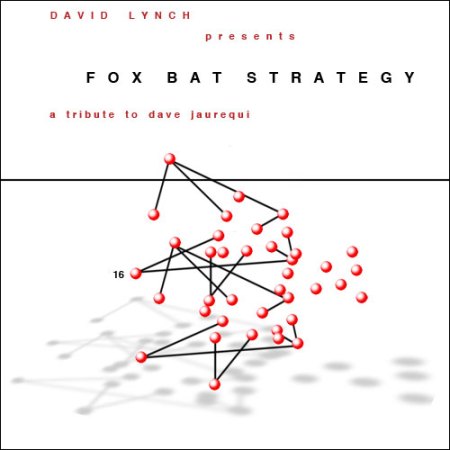 A decade+ old recording by the Twin Peaks: Fire Walk With Me house band led by the late Dave Jaurequi, curated and released by David Lynch himself. Think everything Lynchian: 50’s pop, piles of reverb, spooky atmospherics, sweet / menacing lyrics, and a creaky, lived in demeanor that helps define this as utterly timeless.  1959, 2009, or 2059, these songs live in your dreams.

Tribal noise drone dance trance whatever you want to call it.  This is deeply affecting, gravitationally heavy dance music for a caveman rave or an asteroid collision.  The most tangible elements of the past locked into a technicolor display of modern virtuosity.  Hypnotizing.  Captivating.  Adrenalizing?

Yoko Ono Plastic Ono Band – Between My Head and the Sky

A longtime hero of the art world returns with one of, if not the best album in her career, with a little help from her friends.  Think John Lennon’s post-Beatles experiments, psyched up kraut grooves straight out of Cologne in the 70s, New York post-punk, no-wave, disco-not-disco, and the most singular and influencial voice in recent history rolled into an adventurous lifetime-spanning collection of music with an energy that puts folks half her age to shame.

Don’t call it a return or comeback: this may be the Lips reclaiming their raucous early days as far as shaggy noise goes, but the album is both more experimental and more mature and accomplished than anything they’ve yet unleashed. Harkening back to the ragged psychedelic roots of their sound, using that as a base to jump through everything from their mid-90’s carnival extravaganzas to the string-laden height of their musical growth (Zaireeka / Soft Bulletin), they’ve managed to round up every loose end possible while leaving a whole raft of new threads hanging, ready to pull out towards the future. Nothing in years has sounded this HUGE.

Leapfrogging over their 2007 debut by miles, this Philly group synthesizes everything interesting they were known for (shoegaze sheen, noisey feedback twisting, wobbly synth lines and dreampop vocals) and spills forth this continuous dream of blasted pop tunes bubbling from post rock structures (or lack thereof) into the most narcotically unified, dizzying rollercoaster of an album this year. 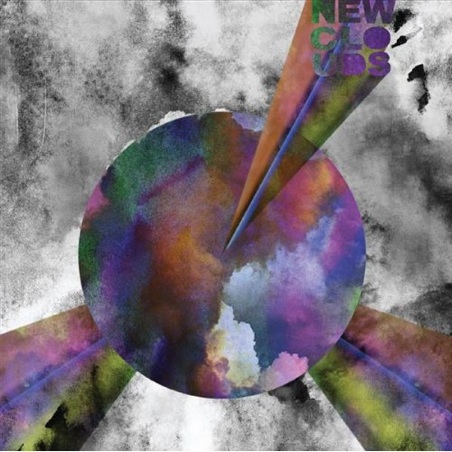 Everything you know about dream music is laid out, multiplied, and promptly steamrolled by this masterpiece.  More than perhaps any LP in 2009, this one defines the year for me.  So-called hypnagogic pop has nothing on the truly woozy mind-melting 4 tracks contained here.  The review I wrote last fall sums it up succinctly.  Basically, this is bliss on record.  ‘Clouds’ don’t even begin to conjure the effervescent joy White Rainbow rides here.  Put it on low volume to set sail for dreamland, or crank it up to shake your house apart in a sun-worshipping frenzy.

Hearing about both the continued vitality and impending death of dubstep all year, it’s easy to understand folks stepping back and ignoring the whole galaxy while the dust settles, content to pick up whatever pieces are left after the fact.  Well fuck that laziness.  Shackleton has done more to stretch the boundaries of the genre, incorporating nearly every active subgenre of electronic music in vogue this decade into a cavernously dubbed out sculpture of forward thinking chill out music.  Play it to anyone thinking there’s nothing new under the sun and watch the grins slowly creep up.  Weed optional.

Funk, through and through.  This is the most futuristic album made with old school instruments all year, if not the entire “aughts” decade.  Dam-Funk has crafted such a deeply singular body of work here that it demands attention from anyone nearing orbit with the massive (2CD, 5LP!) thing.  Despite standing far outside any of the trendy genres 2009 coughed up, this album stands head and shoulders above anything your favorite blog went apeshit over – and because of this it will most likely be far more fondly recalled when the time comes to look back on these days.  Get it now to hear what I mean.  Or go back to your ‘chillwave’ acts which you’ll be inevitably shitting on in a year’s time.

This one snuck up on me at the last second; in fact I’d only heard a track or two before the official end of 2009.  Luckily I have the common decency to wait until the year is actually complete before sharing the best of it (ahem, every music magazine in existence) so a gorgeous bombshell of alien earworm fantasy like this can get the recognition it’s due.  A 2CD set collection the band’s 3 LPs and various rarities, Rifts takes me on a trip through a wormhole filled with the best 80’s soundtracks (think Thief, Blade Runner, Legend, etc etc etc) and minimalism/drone epics of the modern era, mixed through a lense orbiting Terry Riley, Ashra, Emeralds, and anyone else flitting through your mind while reading this.  Although arriving at the tail end of the year (for me), this one colors the past 365 days as deeply as anything else on the list.

The Best of the Rest

These albums may not have made the exhalted short list, but they’re all VERY worthy pieces of sound from 2009.

The Durutti Column – Love in the Time of Recession

Prefuse 73 – Everything She Touched Turned Ampexian

Moby – Wait For Me

Nudge – As Good As Gone

Flight of the Conchords – I Told You I Was Freaky

Kid Cudi – Man on the Moon

Dr. Strangeloop – Are We Lost Mammals of an Approaching Transcendental Epoch?

Sweet Trip – You Will Never Know Why

King Midas Sound – Waiting For You

Suishou No Fune – Phantom of the Eternal Night

Dimlite – This Is Embracing

Charles Mingus – The Black Saint and the Sinner Lady

Omar Khorshid – Rhythms of the Orient

Suishou No Fune – Prayer For Chibi

the Gaslamp Killer – I Spit On Your Grave

Have a Nice Life – Deathconsciousness

…and there are dozens more from outside 2009 which simply aren’t popping into my consciousness at the moment.  As I recall them, I just may add to this list.

Thank you all for reading.  2009 was the first year here and it was a spectacular year.  Here’s hoping for at least a few more!