ROVO.  Readers of my previous post about this galaxy-shattering band, the gravitationally powerful Mon, know that I’m beyond crazy for them.  It’s more of a physical and spiritual impulse at this point. 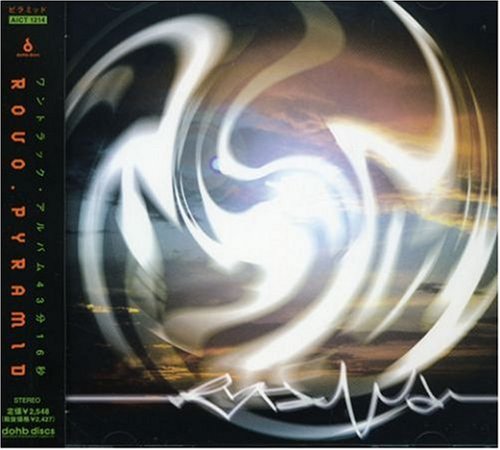 The “man-drive trance” outfit has evolved from what was (mistakenly) believed to be a side project for Boredoms guitarist Seiichi Yamamoto into a pre-eminent percussive juggernaut with a genre all its own and a die hard fan base ever eager for further permutations of their uniquely pulsing energy signature.

Pyramid, released in 2000, is a single 43 minute track situated neatly between the more obviously electronically enhanced early sound and the more sophisticated, minimal, and directly hands-on appoach ROVO has flowered into.  As expected, the incandescent electric violin of Yuji Katsui rides the tidal groove with astonishingly fluid precision while Yamamoto’s six string mastery prods and propels his bandmates while providing crucial textural detail.  It’s uniquely jovial in a gentle free-jazz manner for a good portion of its running time, with meandering horns and  keys dancing unfettered until the rhythmic force pulls every building block inevitably toward a torrential avalanche of tribal motorik ecstasy.  The arc may be predictable, though never any less than thrilling when the band hits their warp drive lock-groove stride and rides the ensuing momentum into a rapturous eargasm.  It’s a space ship jumping to light speed, the stars stretching forward eternally, minute after blissful minute.

Surrender  full attention and be rewarded accordingly.  And then some.  And thank them personally while you’re at it.

[difficult to track down due to its original rarity and out-of-print status, i’ve found this album at jpophelp, or used copies at amazon (for an exhorbitant minimal price of $61) and amazon.jp (for ￥3,730 – under $40)]