So it goes and so it goes, and in some bleak moments, the world seems a bit more abrasive this year. Sometimes I retreat entirely into art and fiction, absorbing as much beauty and weirdness as I can before having to emerge to responsibility. It’s inevitable, it’s cathartic. It’s where things change. 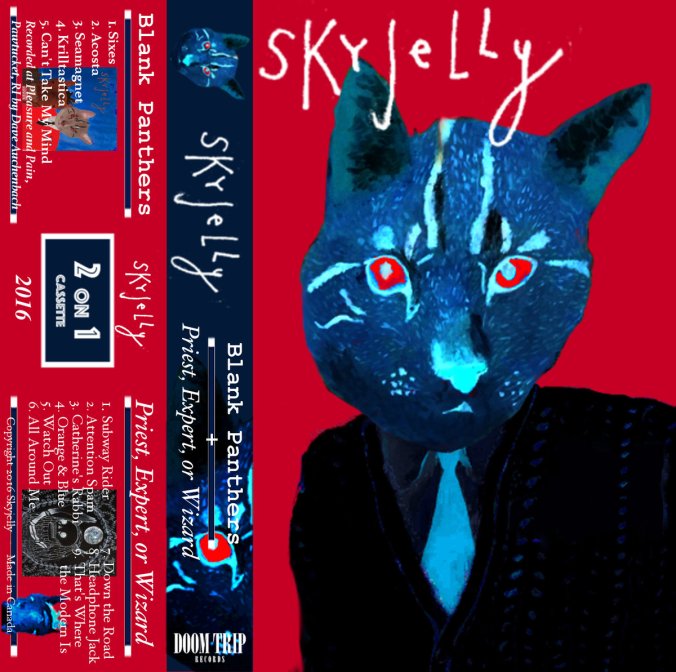 This one was a random surprise, when someone on twitter sent me a link after I shared the somnambulent William Basinski track I was drifting off to.  I saw the cover art, the label, and the band name and thought, this is probably my kind of thing, even though it’s probably nothing like Basinski’s fragile ambient drone sculptures.

Well, I was right. I’m really enjoying this and it could never in a thousand realities sound like William Basinski. I’ve got to applaud such a bold leap of faith.

This is raucous, noisy psychedelia perched somewhere far afield from the primitive AM gold haze of artists like Ariel Pink or R. Stevie Moore. There’s a nocturnal, dreamlike quality that can’t help piercing the gauzy veil of the recording. It’s dark and fierce and sounds like it might be fearless.

I’m keeping an eye on this project.

You can hear Black Panthers streaming on Spotify but Doom Trip Records has a new cassette release, combining it with a newer set of tunes called Priest, Expert, or Wizard, right here on Bandamp. The rest of the tape is great too; I just need more time to unpack it all.

Pye Corner Audio is the solo project of British electronic artist Martin Jenkins, who has been amassing a wealth of adventurous, darkly weird material over the past half decade. I discovered him via the Sleep Games LP a couple years ago while searching for perfect music to listen to at work.

I tend toward electronic music that’s tonally cohesive yet texturally adventurous while working. No vocals. Nothing too fast. This means that I spend a lot of time listening to Rod Modell, DJ Sprinkles, and classic Warp artists like Boards of Canada.

Funny enough,  I feel like this album nails the appeal of each of those extremes in its own way, borrowing pieces of my affection to build a beguiling whole. There’s a minimalist attitude to the whole set, playing with a limited palette, evoking a surprising range of texture. The rhythm programming is sharp but obscured, engaging yes spacey. I think that dark radiophonic workshop sound that Boards are known for might be the biggest inspiration for this project.

While Pye Corner Audio would never be mistaken on record for anyone else, it’s at least a close cousin to that sort of mystery-transmission nostalgia, riding bent synths over rumbling beats into the more obscure ends of the spectrum.

I couldn’t really decide on where to start, so here’s the whole album.

You can hear the album streaming on Spotify or purchase it on every physical format right from label Ghost Box. 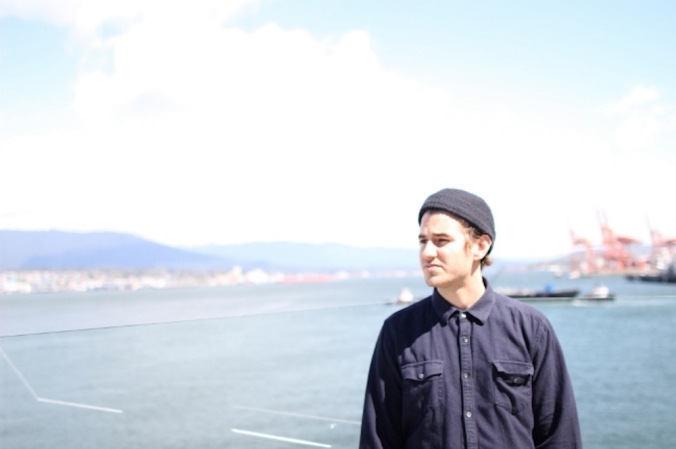 I just keep coming back to this and I’m starting to realize why.

I discovered Project Pablo’s debut album I Want To Believe just a little too late to end up on my best of 2015 list, which is a shame because it might have made it. It was a sudden rush of mystical, spaced-out house music that felt custom-made for my particular tastes.

Fast forward to last month, when I realize he’s already released a few brief EPs in 2016, stretching his sound in a variety of directions. The best of all might be Beaubien Dream, a three song suite with balearic overtones and a dynamic pastel synthesizer aesthetic.

I’ve been looping this set every day at work, first thing in the morning. Here’s the title track, because it’s kind of perfect.

You can stream and buy the incredible three song set on the SOBO Bandcamp.

The image at the top is a photo I took on the bike path that runs along the lake. I ride this route most mornings before work, because it’s calming and cathartic. I just wanted to share a piece of it.