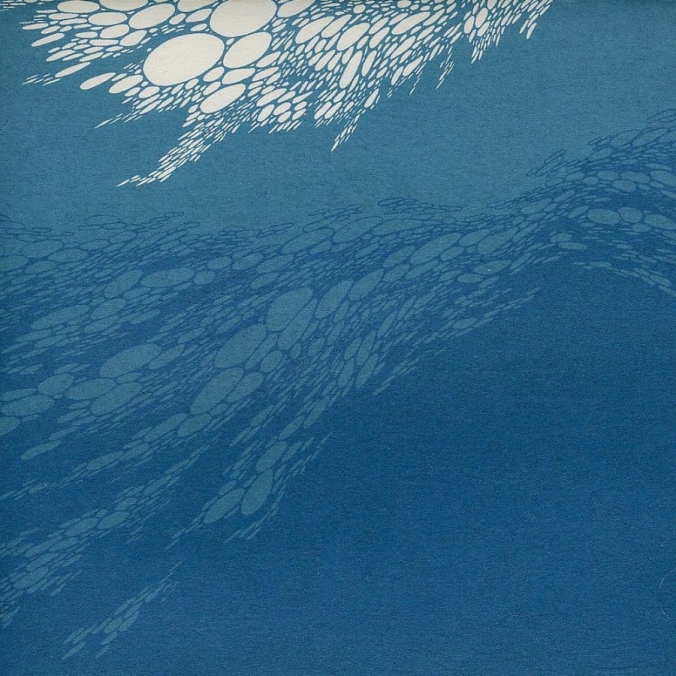 Boris. Often mistakenly considered simply a doom/stoner/sludge outfit, the Japanese band has managed to subtly weave in varying textures throughout their discography. On this particular record, they keep things on a minimal page and emerge with their most powerful, transformative work in the process.

Punk, shoegaze, and psychedelic guitar histrionics have colored their oppressively heavy sound at times. In other instances, collaborations with artists like Sunn O))), Merzbow, and Michio Kurihara (of Ghost) have teased out the underlying similarities they’ve had with the respective artists, revealing the band as a much more nuanced and malleable creature than first impression allows.

Like the cover art, the opening moments of this album conjure peaceful waters, a soft blue purity, a refreshing dip in temperate seas. With nothing more than softly repeated acoustic guitar loops, Boris lulls you into thinking things aren’t moving.

But then the first percussion wave rolls through the recording with an underfoot rumble and natural grace – and belies the fact that you’re now standing in the calm shallow waters before a distant tidal wave. As the drums grow in depth, echo, and low end presence, eventually overtaking the guitar in volume, the listener could be forgiven to expect a forthcoming maelstrom of crunchy blasts ready to bludgeon his ears;  that predictable maneuver (thankfully) doesn’t occur.

Instead, with a final thunderous clap, everything returns to a hushed, understated tone with only muted drums skipping along. The guitar returns, this time electric, with a gorgeous tone and just-right amount of feedback, constantly threatening to spill over into noise. The evocatively wistful melody sinks the listener into an ocean where everything feels just this side of perfect and not a bit melancholy.

After a few moments the pace picks up and eventually it all locks into an achingly romantic phrase. And finally when even that begins to wane, they treat us to the epic feedback storm and earthquake drums which have threatened from the horizon since the record’s opening moments.

The flood is here.

The swooning chords from before return in towering jagged form, awash in epic fuzz, but nothing ever feels gratuitous. This is a sculpted and specific storm. Appearing possibly feral on first inspection, this beast has a leash; and the band has an extraordinarily firm grip.

And then, it ends. Like the tops of ragged buildings emerging from the sea as it recedes, several touchstones from the first movement return; of course, everything has changed now. The deep well of bass throbs out slowly as light feedback oscillates into infinity. It sure takes its time to leave, but the extended goodbye is a perfect coda, and ensures that the preceding hour is etched upon the listener’s mind. Like the refuse and dirt left caked on every surface after a 100 year storm, the sounds conveyed here will not be easily washed away.

My words cannot aspire to translating this aural journey for the reader.  So take my write-up with a grain of salt until you’ve swam in the Flood through the end.  After that…

The CD is available at All That Is Heavy and amazon for a semi-exhorbitant price.

[special thanks to plasticfreakout for turning me on to this]

One thought on “Boris – Flood”