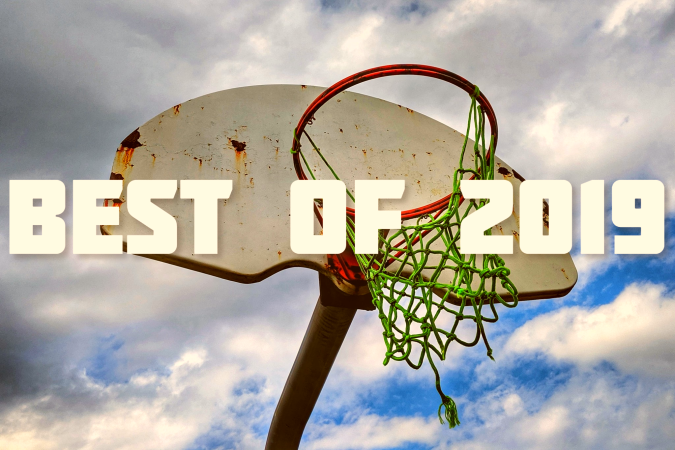 Hi. Welcome to the Optimistic Underground album of the year list for 2019. Every single release here is something special, worth your time to listen, worth every minute I spent writing it all down in the hopes that you’ll check it out.

These fifty albums were painfully carved down from over one hundred twenty – I keep an open document every year, adding a name every time I feel deeply struck on any level. There’s always so much incredible music to love every year. Too much to catch it all. So that’s why I keep doing this every year; I find so many treasures in others’ lists. If any of these artists make a new fan with my help, I’m happy. That’s all I’m here to do. They enrich my life so much, and I try to spread the love.

I wouldn’t rank anything if I thought it’d be just as effective, but let’s be honest: ranking makes a list more interesting. Plus, I feel far more strongly about some of these albums than others. So, while the exact numbers may not matter so much, the general direction of the list does. The albums at the top are the ones I’ve spun more than anything, the ones I most clearly see myself looping years into the future.

As with every year, there’s always an overabundance of magical music; the trick is just finding it, and finding the time to hear it all. I’m just one person so I know I’m forgetting loads of great releases – please let me know what I’m missing in the comments.

Be sure to check the 20 best ambient albums and 25 best techno albums of 2019 if you’re a fan of either genre, want to catch up, or just want to get into them. I simply had too many great examples of both this year, so I made a couple extra lists to better cover them.

Anyway, here are the 50 best albums of 2019. I hope you find something special. 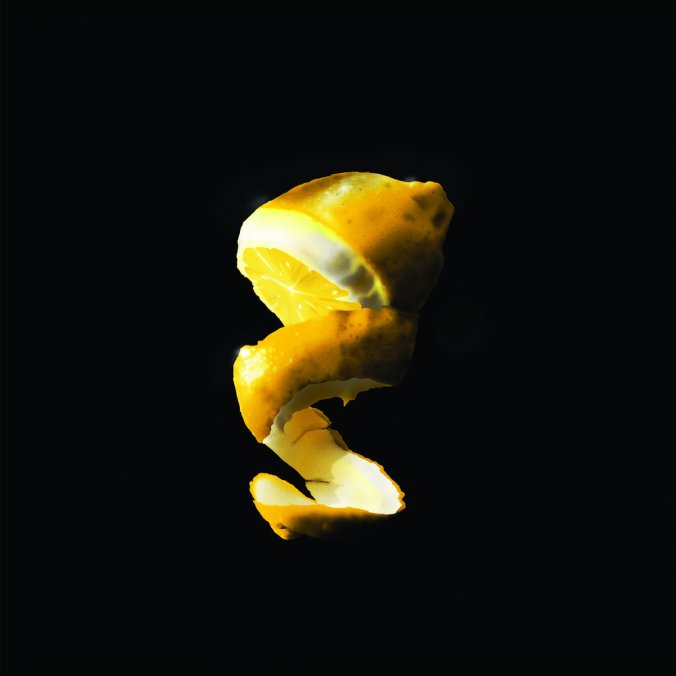 Jay Glass Dubs has been crafting a very specific and personal style of music for a while now, so it came as a surprise to learn that this was, in fact, his debut LP. Just a year ago, I wrote about his Plegnic EP on the best of 2018 list, saying “my first shallow thought upon hearing this was “Aphex doing dub!”” While that thought quickly gave way to a sharper realization of his atomized take on Jamaican and Greek dance hybrids, I still think it applies in the sense that both artists are particularly recognizable in seconds, even within their respective genres. So while the word “dub” is now gone from the end of every track name, the cavernous reverb and murky atmosphere of the genre remains the very heart of his sound. With this album, he goes much weirder, exploring far outside blurry club spaces and into the lands of ghostly abstract goth and industrial and skronky jazz. “The Evil Empire,” a collaboration  track with saxophonist Ben Vance, is a perfect example of this new stage of a still-indefinable sound. 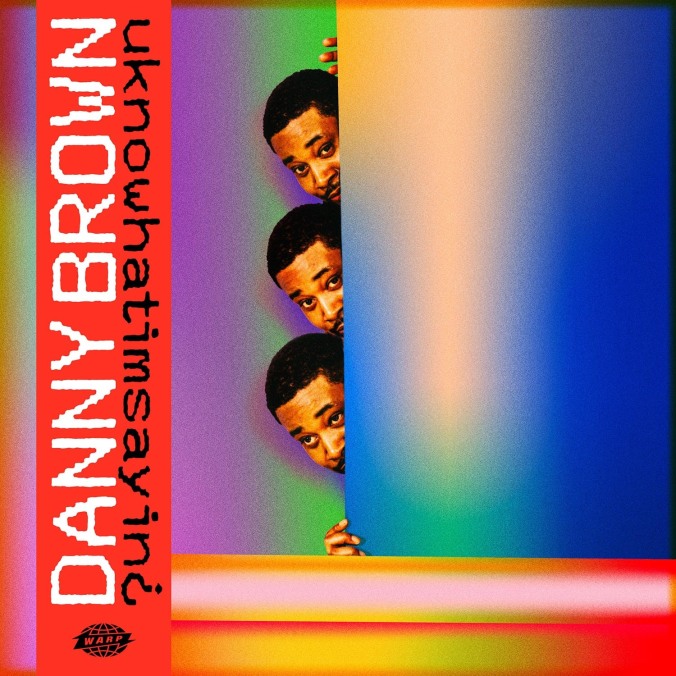 While Danny Brown may be a bit less ferocious than he was on best of 2016 album Atrocity Exhibition, here he sounds more focused and free, and like he’s having more fun than he ever has on record. His latest set, uknowhatimsayin¿ sounds like the cover art looks: colorful, sharp, and as gleefully odd as he’s always been. The production here is looser, with more room for his inimitable voice to bounce around, stretch out, and get truly psychedelic with it, mixing elements from across a cross section of modern hip-hop production. It can be dizzying, but there’s always a concrete element to grab onto and reorient your ears before one track flips into the next. I know that he’s something of a love-or-hate presence but as a former hater turned convert, I think he’s becoming easier to love as he goes along. 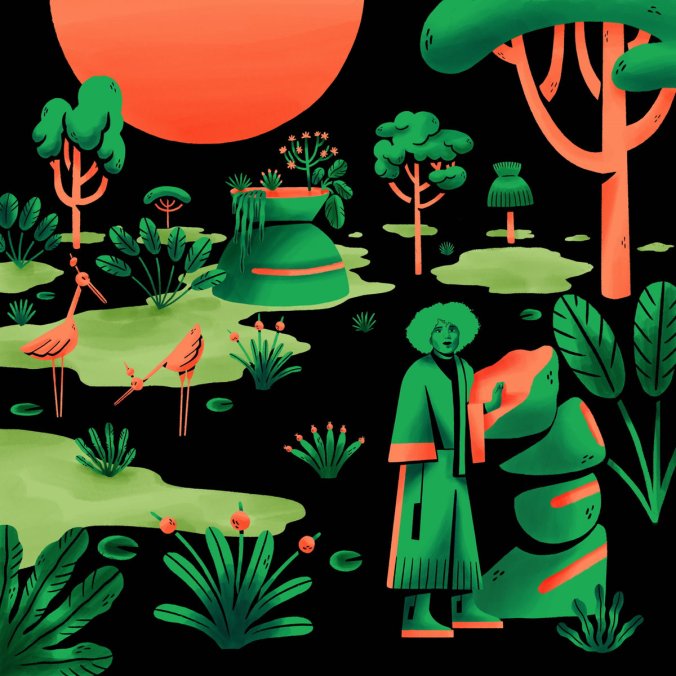 Face to Phase is sumptuous, deeply dubby, warmly exploratory techno here that belies the fact that it is French-born, Berlin-based rRoxymore’s debut album. There’s something deliciously off-kilter about the whole set, tilted and tinted a bit differently than much of the music on this list, which feels perfect. I came to her music via association with some of my favorite space-bent composers, like Karen Gwyer and Shanti Celeste. It’s not *just* stunning, uniquely rendered techno; it’s both way out there and utterly inviting, a sublime invitation to the weirder corners of the club world. 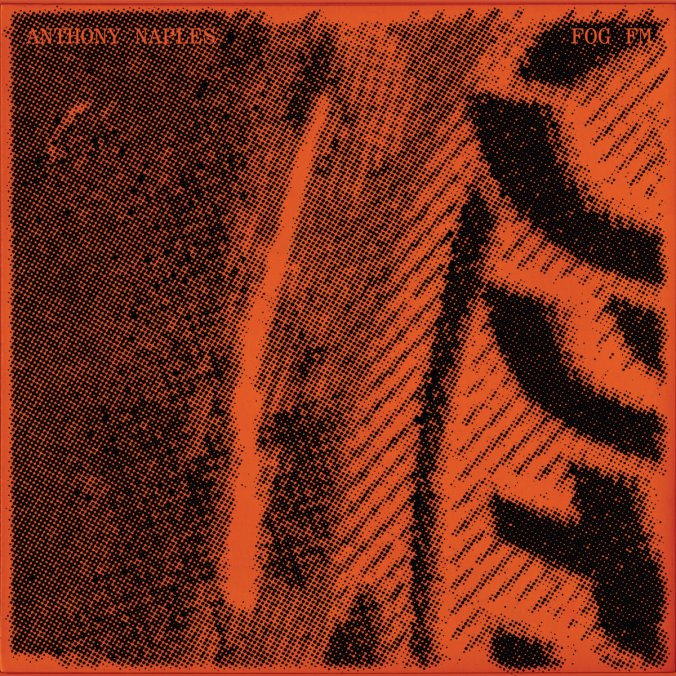 I kinda feel horrible about neglecting to mention Anthony Naples on OU before. Like, I just did a search – not even once. This is a pretty big oversight, because I’ve been a pretty big fan since his 2015 breakthrough Body Pill. I simply forgot to say so, especially when it came time for year-end lists. In fact, last year’s Take Me With You would have easily made my best of 2018 list – but somehow I just didn’t recall when it came time to write it all down. Here’s the thing: Fog FM is the most focused, nuanced, and rich exploration of his signature take on deep house and techno sounds. It’s a little bit beamed-in-from-the-moon, a little bit static-y cyberpunk. It’s some of the most undeniable dance music of the year. 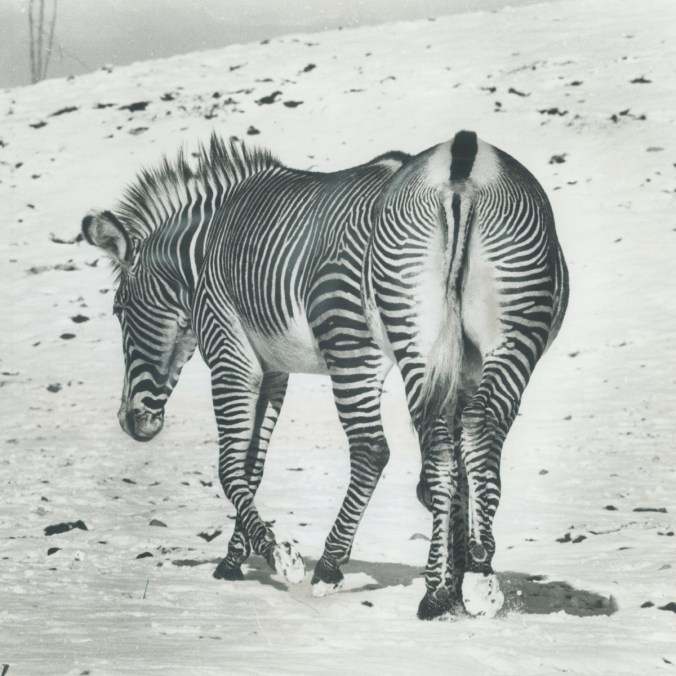 Ever since the one-two assault of Passed Me By and We Stay Together EPs in 2011, Andy Stott has been one of the most consistently awe-inspiring techno producers on the plant – and one of the most instantly recognizable. His thudding, monstrous bass often comes in off kilter waves, dropping a broken mech sound that snowballs into something sharp and endlessly groovy. His music coalesces around a handful of disparate, bone shaking elements, moving from skeletal shambling to Earth stomping dance madness and back, sidechain compression and haunting vocals bending the whole production to fit into your ears in ways they seemingly were never made for. Even on the fiftieth, hundredth listen, it still sounds uncanny and inimitable. This is all to preface the fact that this new set continues a very fine tradition with very few surprises. In a shift from his prior three LPs, vocalist Alison Skidmore’s voice is nowhere to be found; in a way this is a return to the more gritty, street level mood he conjured on those two EPs almost a decade ago. Her presence had a way of elevating the sound, bringing it heavenward, taking it to church. So maybe at first I was underwhelmed. But then I remembered that his unique pleasures are heavily dependent on bass and volume – so I listened in my car. Ahhhh, there it is. 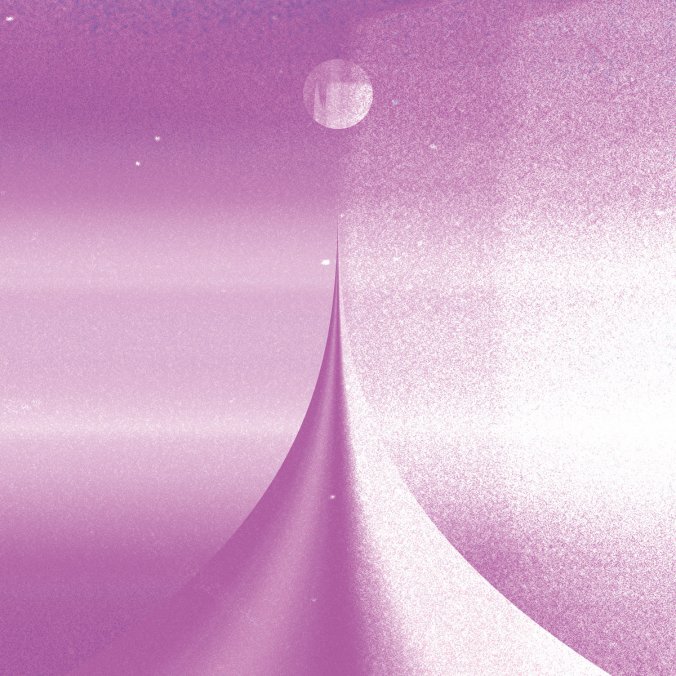 Eyes of the Moon is one of the most warm, accessible, and effortlessly enjoyable albums on this entire list. It’s a dizzying collection of balearic space anthems, dipped in dub and fourth world jazz, wrapped in a gauzy ambient cloud. It’s pretty much Exactly My Kind Of Thing. I must admit that I’m a bit biased, as Seahawks actually dropped an exclusive mixtape called A Circular Trip here on OU in March – but even without that personal connection, there’s no denying the lush, buoyant dream sound on display across this, their best album yet. Plus, full disclosure: they’ve appeared on the Astral Blues, Off World, and Cosmogony mixtapes over the last couple years. Regular readers of this site are probably already familiar, but if you’re not, don’t miss this one. 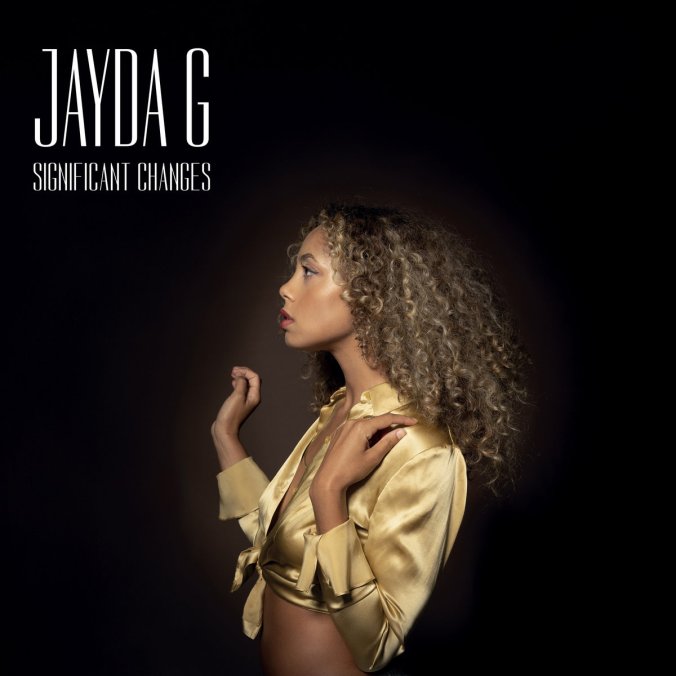 Jayda G does more to draw a direct line between house music’s origins in disco and funk than any other artist I heard all year. Funny enough, Significant Changes utterly blurs that line before it reaches its end. Simply put, this is not mere throwback house or disco revival – it sits somewhere outside any distinct genre borders, just vibing on the shared energy of this whole little corner of the sound world. It’s the brand new deep house album I’d put on at a party that’s been blasting classics all night so far. It’s also far more moody and personal than it appears at first blush. 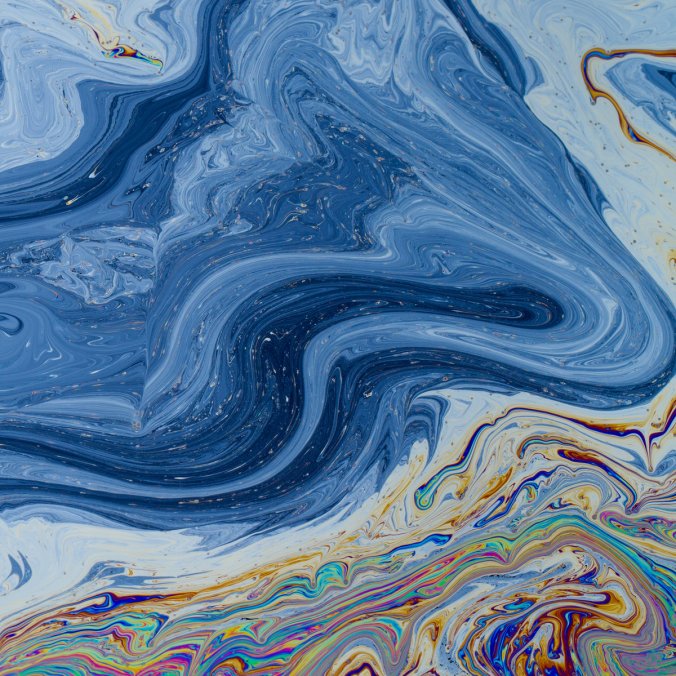 The story goes that Floating Points created Crush in only five weeks, soon after the end of a tour opening for The xx. He was riding high on the improv-infused energy he built up on stage playing solo for the first time in years, with only a Roland drum machine and a Buchla synth at his command. As he told Fader a few months ago, “In the back of my head, I thought I’d just go out on stage and do some nice arpeggios for 20,000 kids before the xx went on to set the mood. But instead I wound up making some of the most obtuse, strange, difficult music of my life. I’d listen back and be like, “What the hell was I doing?” Every night it’d be more chaotic.” He wasn’t exaggerating. After a years of obtuse techno EPs and singles, his debut full length, Elaenia, soaked in moody jazz and latter Talk Talk spiritualism. He took that tangent even further with the fusion-y Kuiper EP and best of 2017 mini-album  Reflections – Mojave Desert, veering into jammy space rock territory. The trajectory seemed to be moving away from purely electronic music into something only a full band could produce, but Crush utterly derails it. The music here neatly reflects the cover art: using the new colors and textures he pioneered in his Laughing Stock phase, Floating Points drops back into more purely electronic landscapes, going wild with structure and form, swerving into hard beats, etheric tone poems, shuffling freestyles, and everything but straightforward genre music. It’s a distinctly unidentifiable delight.

42. Diamondstein – Reflecting on a Dying Man 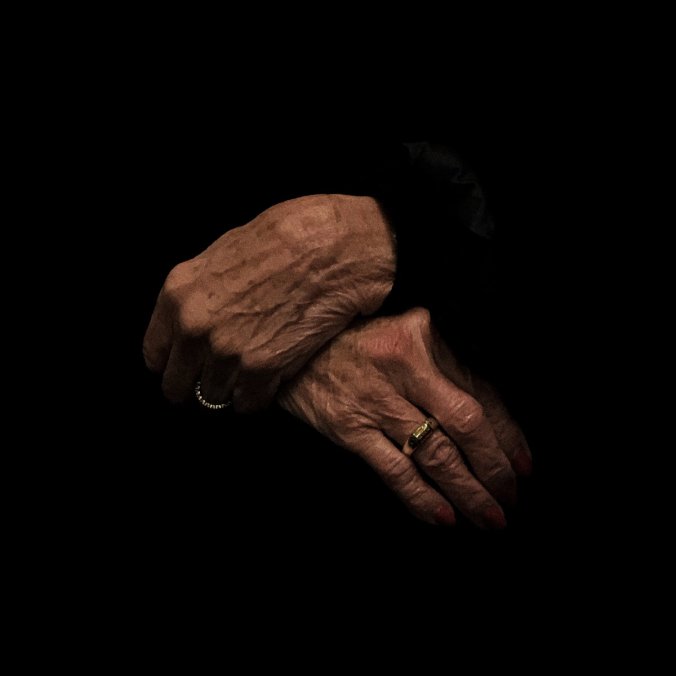 Diamondstein should have been on my radar since 2016’s The Ridges on Dream Catalogue, but it’s never too late to catch up. Reflecting on a Dying Man is an absolute rush of pitch black, neon scented, cyberpunk existentialism. The echo of death rings throughout its length, informing and outlining the crunchy drum programming, pristine slow motion arpeggios, the very pulse of this night drive techno experience. But it’s not merely sad; there’s a whole range of emotion bubbling up and occasionally bursting across the narrative expanse of the album. 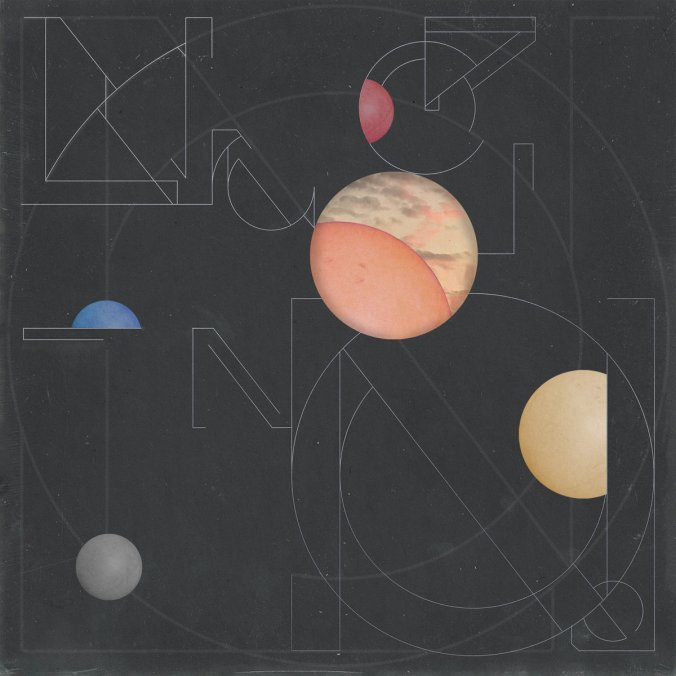 Steve Hauschildt has been a favorite here on OU since the heyday of his grand synth band, Emeralds, in the late 2000s. After the band broke up and the trio of Hauschildt, John Elliott, and Mark McGuire went their separate ways, it slowly became apparent that he was the one ingredient I loved most. While they each have contributed massively to the music world in the years since, it’s Hauschildt’s records that fill my shelf and my listening time. His forward thinking, emotionally tugging, sensually overwhelming albums fall like torrential rain over the vast continent where ambient, techno, and synth music of all stripes thrive. So every record brings the question of how much I’m going to love it, rather than if I will. Nonlin feels more aggressively weird and slippery to hold in contrast with last year’s Dissolvi, which sometimes retreated into anonymous beauty. Which means that it’s probably going to remain in heavy rotation through the winter.