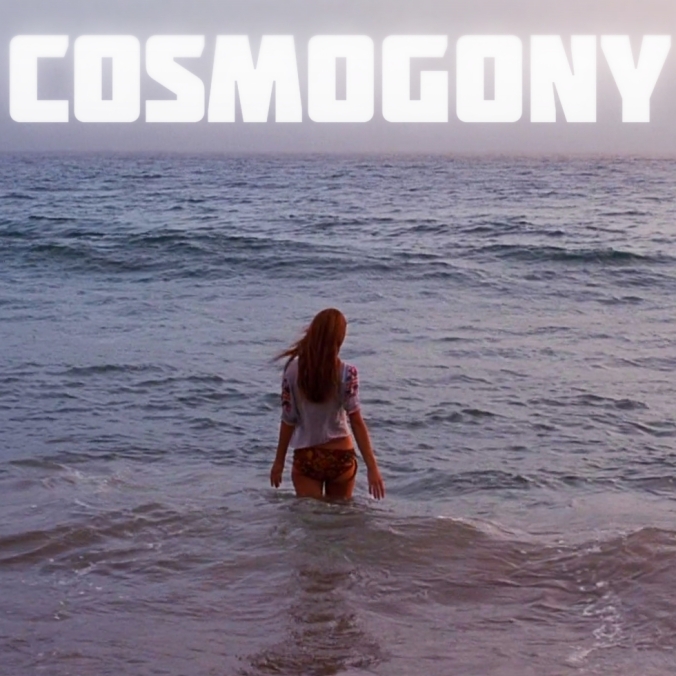 Cosmogony can be described as a model constructed to study the origin of the universe. In this case, I wanted to put together a mixtape for charting the path of fourth world jazz, new age, ambient, and kosmische synth music from its origins in the 1970s on up through today. This stuff is kind of my bread and butter, the music that’s always looping between new releases and old favorites alike. Press play and close your eyes.

Over a decade, maybe fifteen years ago I fell into a rabbit hole of new-to-me music that had been mostly ignored by the media I’d consumed up to that point, and popular culture at large. It didn’t really have a name, but people called it New Music, modern classical, minimalism, and a host of other not-super-helpful terms. All I knew then was that artists like Terry Riley and Steve Reich and Pauline Oliveros and Laraaji were speaking directly to my soul, more than any music I’d ever heard before. I realized that the ECM label had released a vast amount of this amazing music, so I dove in to everything they dropped. This led me to discover the jazzier end of their catalogue, revealing artists like Eberhard Weber and John Abercrombie and Jan Garbarek, unfolding an entire massive side of the genre I’d never imagined, much less heard before.

Later on, I stumbled into another huge eureka moment when Jon Hassell’s “fourth world jazz” opened my mind to an entire, previously obscured spectrum of psychedelia. Here was music that broke even more rules that I never knew existed, making mind-melting sounds in such far-out ways that made traditionally “psychedelic” bands like Pink Floyd felt positively pedestrian. This music roped in the exoticism of world music and the spiritual ascension of original new age music, warping the building blocks into unrecognizable shapes and sounds. It changed my hearing permanently. It even made me view my old favorite ambient and krautrock artists in a new light, teasing out aspects that I’d never engaged with directly. I dove back again and again, rediscovering what made all this stuff so special.

Even later, I bumped into a host of Japanese composers, mostly working from the early 1980s to the 1990s, that evoked the majesty of all those weird early JRPGs and other strange video games I played growing up. The kind of background sound that’s continuously absorbed but, as a child, never directly noted or explored – the echoes of their sounds had informed my tastes all along without my knowledge. So when I pressed play on albums by Midori Takada, Haruomo Hosono and Soichi Terada, I was yanking the origins of my own musical upbringing through the haze of time and into the immediacy of now. It was another lesson that in music, in the big picture, time doesn’t exist. There’s always as much to discover in the past as in the present, a never ending connection of ideas and sounds that inform one another and the listener all at once. All those Nintendo games played as much a part in my current tastes as the early Genesis albums my dad would blast through the house before my parents divorced. It all mattered.

Back then, I didn’t have the tools to properly connect all the dots between these artists and the new music being made by their spiritual descendants. Now, it’s the very air I breathe between all the techno and ambient music I devour daily. This mixtape is my intent to draw the lines between all those points in space, and have a little fun with it. If anyone walks away interested in any of these artists, I think it’s a success. I have always only wanted to share my love for the artists and songs that move me, and this is no different in that respect. There’s just a little more time travel this go-round.

I believe that, without looking at the dates on the track list, it’d be hard for the unfamiliar listener to discern between tracks made thirty, forty years ago and those released just a couple months back. I put them all together here and even I get lost in them. I love getting lost like this.

About the cover art: this is an edit of a still frame from Paul Thomas Anderson’s Inherent Vice. The film is a hazy 2014 adaptation of a 2009 Thomas Pynchon novel set in 1970s California, charting the stoned, circular journey of amateur detective Doc Sportello as he wades through conspiracies of capitalism and sex and drugs. The film counters its deadpan omniscience with krautrock psychedelia and a mumble-perfect performance by one of my favorite living actors, Joaquin Phoenix. It leaves me lost every time, yet smiling at its enigmatic ellipsis of an ending, with Katherine Waterston leaning tired against Sportello, facing an uncertain path. In this shot, she wades into the Pacific, the horizon as unknowable as the future itself. It gives me that same feeling when I miss the bottom step and tumble to the floor. I love it.

I believe jumping in blind is best, but if you prefer to know what’s coming, that’s cool.  Each artist name and song is a link to the album where the song was sourced, to make it easier to explore. Here’s the full track list: