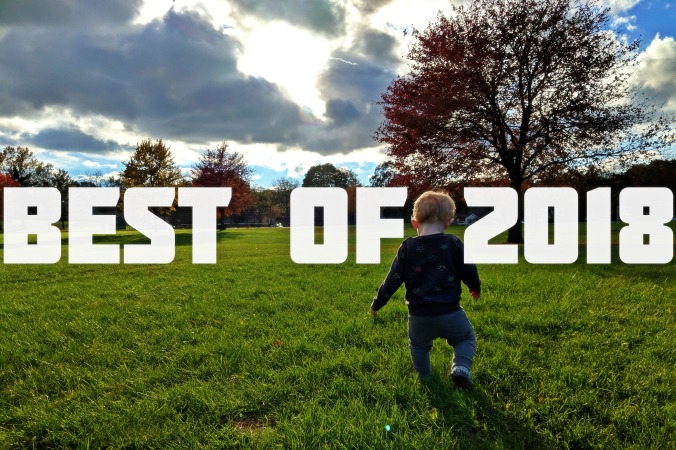 I say it every year because it’s always true: this year has been great for music. All it takes to find the greatness is an open mind and a set of ears. And a little help from your friends. So to begin, I want to thank all my friends around the world for the tips and the tunes.

More than any recent year, in fact, I had a tough time sorting out all my favorites and cutting them down to only fifty for this list. It’s tough, but it’s also fun. Weighing these pieces of music against each other feels so unfair, but so personal. Deeply personal, in fact. There’s no one here but me, so keep in mind that everything is here because of one man’s opinions. Naturally, I’ll miss some things – so as always I welcome suggestions. Soon I’ll have a secondary list of all the other great albums I heard this year. In the meantime, I hope you read and enjoy and find some new stuff to enjoy here. This is a labor of love, and I just want to share the joy.

Speaking of joy, the header image is a photo I took of my son on one of the last warm-enough days before winter. I love being a dad, and I can’t wait to share music with my kid. For now he mostly just spazzes out to anything I play. Kids are great because they don’t have any prejudices about music. If it moves them, it moves them.

In the past I’ve gotten too verbose with these intros, so I’m keeping it short and sweet. Thank you for reading. These are the best albums of 2018. 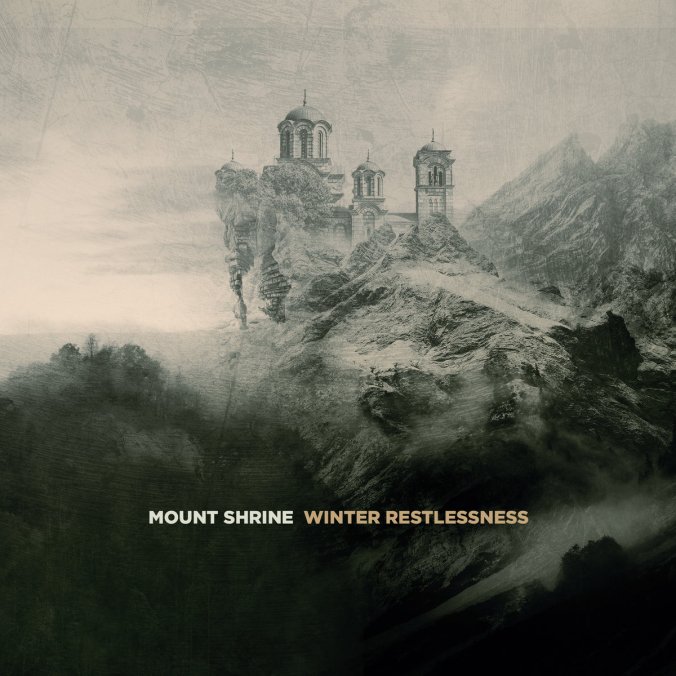 This was the first music in years I’d been able to sleep to – and I mean that as a great compliment. For years, I could only fall asleep with the likes of Stars of the Lid, Bvdub, or other ambient acts playing softly on a speaker above my bed. Then one day I decided to train my body to sleep without any help. It worked, for the most part. But as my world chilled and summer gave way to instant-winter here in Michigan, I started having trouble sleeping. Then I remembered this particularly soothing, wintry, crisp yet warmly rendered ambient album, the kind of listen that feels like being submerged into a new environment rather than following an arc. It fit perfectly. The title might have been serendipitous with respect to my circumstances, but the music is what truly fits. Fully awake and focused on the details or drifting off into that hypnagogic state before sleep, it’s an engrossing ambient experience that shows so much promise for the future. 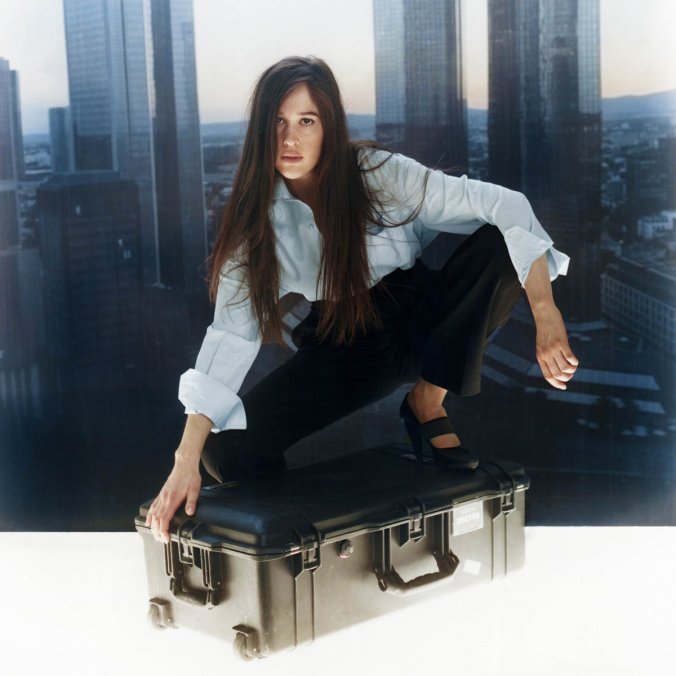 You need to know that this album contains a song named “Workaholic Paranoid Bitch” and it’s as aggressive and fun as you’re imagining right now. This slice of angry dance music is a rallying cry for working musicians around the world, getting nitty-gritty honest about the reality of having to tour relentlessly in a world that doesn’t value art itself nearly enough. Like a lot of the best dance music out there, this works both to confront and illuminate the struggles, the suffering inherent to the club floor – the supposed oases that DJ Sprinkles referenced in her monumental Midtown 120 Blues a decade ago – while simultaneously working as just a banging dance record. 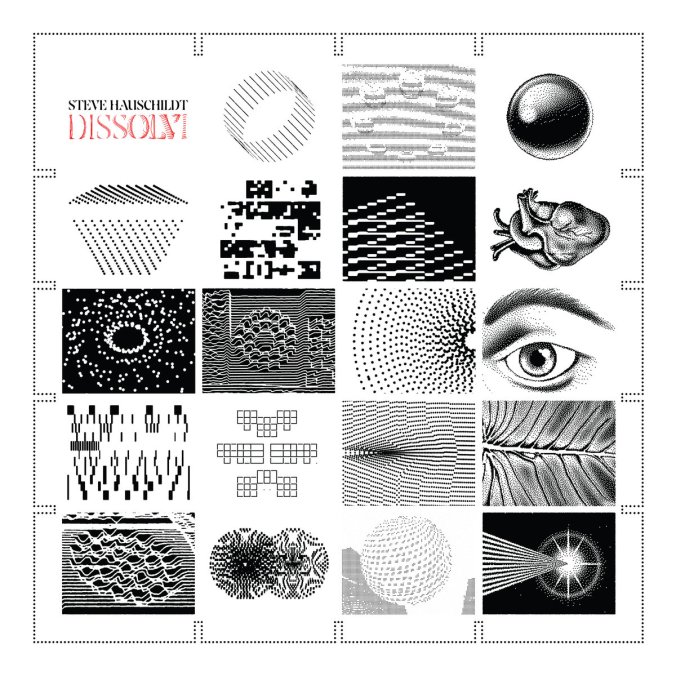 Taking a break from his endlessly sensuous ambient work to lean deep into techno, Hauschildt may have lost a bit of what made his sound magical – but the result is one of the most compelling chillout beat albums of the year. Dissolvi resolutely does not slap, but it does bubble and bump, ramp up, and soar in the most sublimely low-key way. This is techno for driving through a snowstorm or reading scifi novels or just trying to stay chill while you’re working on a deadline. Centerpiece track “Alienself” is a clear standout production, featured on the Off World mixtape, while vocal features from Juliana Barwick and GABI add a shot of human warmth. Slide right in. 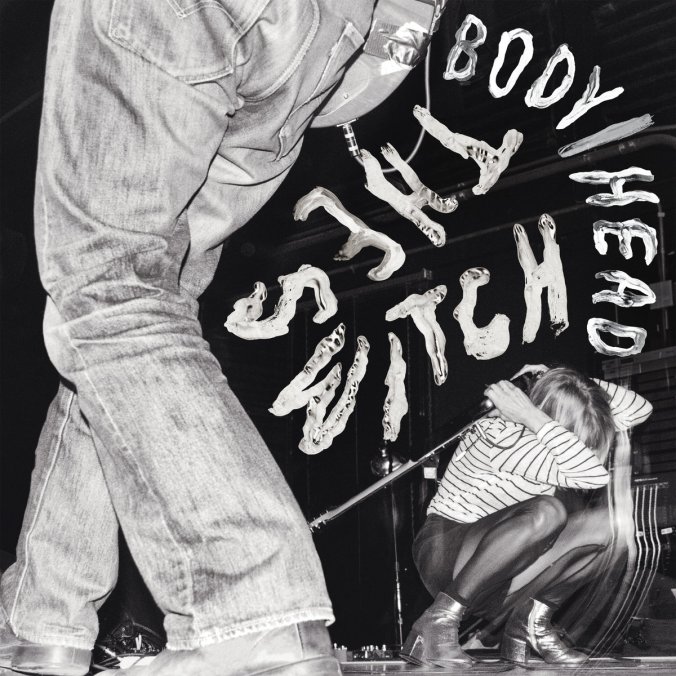 Molten guitar soundscapes propelled by a fascination with David Lynch’s masterpiece, Twin Peaks: The Return? Yes please. This is where the post-Sonic Youth duo of Kim Gordon and Bill Nace truly finds their groove, folding in an expansive, ripping at the edges, roaring guitar sound into a tight set of barely-controlled tracks, each roiling off further into the mysterious darkness than the one before it. There’s not a trace of traditional rock here, not even as close as Sonic Youth got on their weirder days; this is simply weird, exploratory guitar music meant to take the instrument to places it rarely goes, for extended periods of time. It’s also a lot easier to get into than you’d think – despite the freewheeling structure and lack of pop concessions, this is a relatively accessible, eminently listenable slice of pioneering sound. 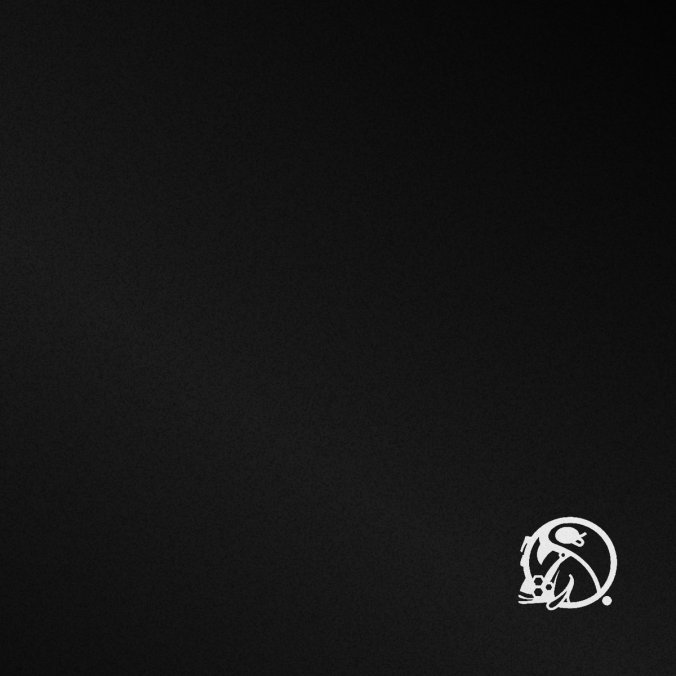 This album absolutely slaps. It slaps so hard. There’s and instant swagger and swing to it from the moment the first track kicks off. We’re already in big, buoyant deep house territory before the swarm of vocals matriculate in over the course of its eight minute run. Galcher Lustwerk weaves an inimitable web of rap-infused house music so coolly and effortlessly that it feels like its own instant sub-genre. And in fact, it sort of is: his music has been dubbed “hip-house” in nearly every article I could find. It’s dorky, but it fits. Nearly nothing this year hit me as quickly as 200% Galcher, a fiery mixture of jazzed-up, street-level club anthems and understated, stream-of-consciousness rapping. There are long stretches without vocals and an entire instrumental version of the set tacked onto the tracklist – this is a digital-only release on Bandcamp – to really cater to all types of fans approaching the album. I love just hitting play and letting him whip me through his funky, bombastic little sound world all the way to the end. Can’t wait for more. 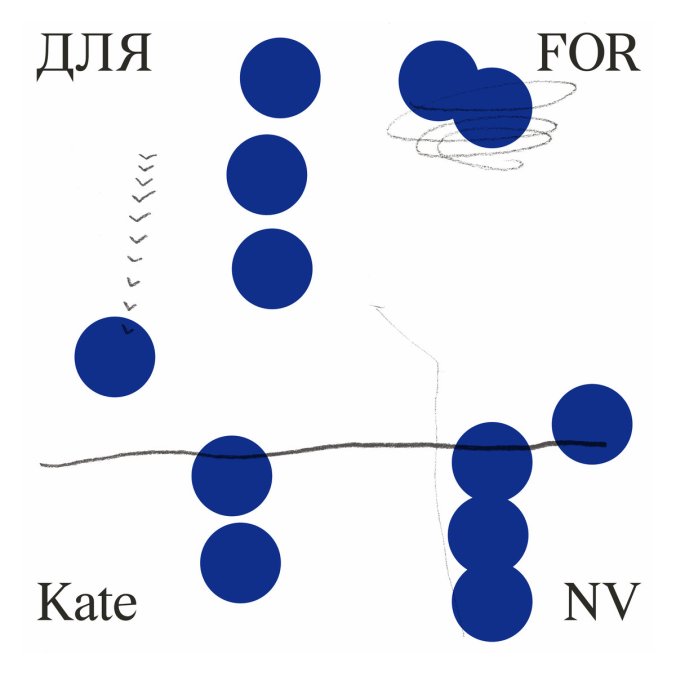 Whimsical is the first word that comes to mind whenever I hear Kate NV (formerly just NV as seen on her best of 2016 debut). It’s probably the first thing anyone thinks of when encountering her anti-gravity synth poems. Expanding on the alternate-reality pop sound of her last album, Kate sounds more confident, more abstract, and more fully realized here. Despite the breezy atmosphere, there’s a lot going on beneath the surface; like the 16bit era JRPGs this music evokes, these songs are deeper and eminently more explorable than they seem at first blush. With enough patience to leave space here, she conjures a palpable feeling – especially with headphones on – that you can step inside and look around, look up close at every single element that composes these songs. 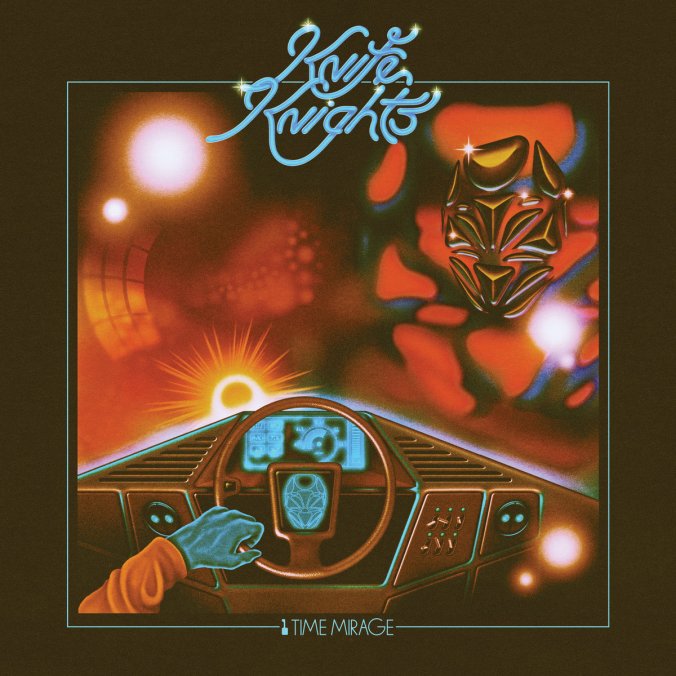 After Ishmael Butler and Tendai Maraire created possibly the weirdest, most spaced-out, Sun Ra-inspired hip-hop duo ever with Shabazz Palaces, I thought I’d found the perfect outsider rap experience, something aligned so closely with my admittedly scattershot tastes that it seemed like fate. Wildly psychedelic, free from traditional song structures, and untethered completely from the general expectations of the genre itself, they dropped albums at or near the top of my best of 2011, 2014, and 2017 lists. By last year’s pair of enigmatic LPs, I thought they couldn’t go any further out beyond the known galaxy.

Maybe Shabazz Palaces couldn’t, but Ishmael sure could with his new group, Knife Knights. This brief, bewildering, often gorgeous, always dizzying set flows from one track to another with haphazard grace, lurching from breezy beats through sludge-heavy bass rumbles to noise vapors and synth attacks. Vocals enter and leave, taking their impressions with them; drums disappear, melodies bubble through and pop with a void in their wake; each listen becomes an exercise in reacquainting myself with 1 Time Mirage. It keeps slipping my grasp, but leaves enough of a tantalizing haze to draw me back. 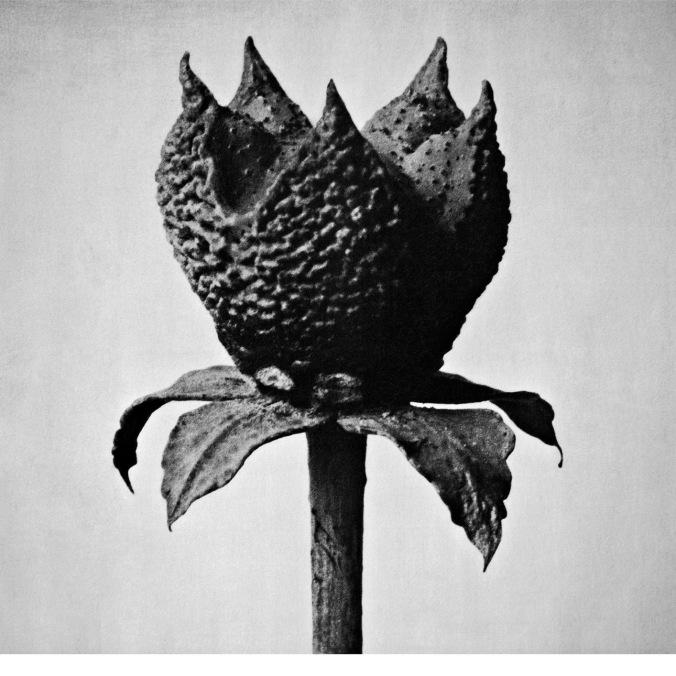 Full disclosure: I love the sound of the vibraphone. So I’m biased here. But the fact is that Masayoshi Fujita has crafted the perfect showcase for this gorgeous modern instrument. Book of Life is an unparalleled showcase for all the possibilities of its crystalline sound, brought to the fore and explored well beyond its heyday in the jazz fusion age. This album is as earnest as it is elegant, designed to do nothing more than gift listeners with stunningly rendered modern minimalist compositions in a singular style. It may read too maudlin or emotionally direct for some, but it’s perfect for me. Just last week I saw someone comment that this album sounded “like bad Sims music.” My reply? This is like good Sims music. 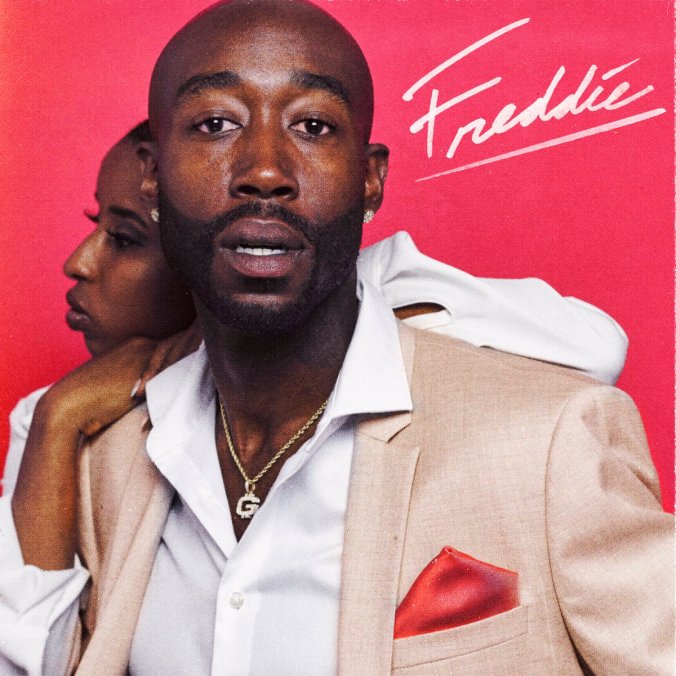 Freddie Gibbs has been a personal favorite rapper ever since his best of 2014 breakthrough collaboration with Madlib, Piñata. His hard-edged coke-deal storytelling has a soft, family-oriented side that brings out a fresh overall flavor to his work, breaking out new facets of the romantic thug archetype – it’s often like hearing a breathtaking musical rendition of The Wire, but way more fun than that sounds. The last album I heard, Shadow of a Doubt, was another top listen for its year – but then Freddie ended up in an Austrian jail for months before being acquitted of sexual assault charges. Without some new output, he fell off my radar for a minute. When he suddenly returned with this short album with killer cover art – an homage to Teddy Pendergrass’s Teddy, of course – I was skeptical. But after looping the barely 25 minute set a few times I found myself completely under his storytelling spell again. Production is spiky, bold, punchier than his prior works, but slightly stripped down, leaving enough breathing room for Freddie to drop his most focused, aggressive set of tunes yet. Despite only one track crossing the three minute mark, there’s a wealth of perfectly-spun dope-slinging narrative gold packed end to end inside Freddie. As a bonus, there’s a powerful Death Row records homage, framing lyrics about the first generation of gangsta rappers with a beat lifted right from “Boyz-N-The-Hood” by Easy-E himself. 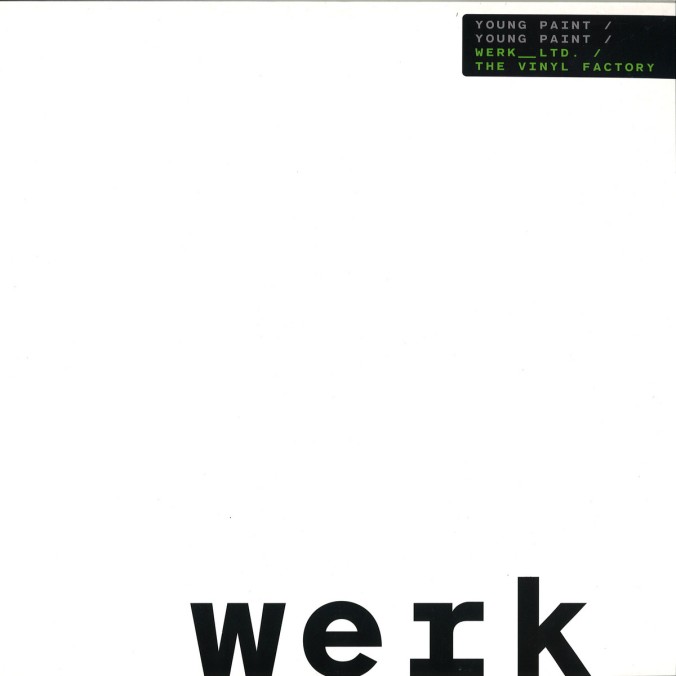 It’s always a treat when great artists create secondary outlets for the musical ideas that they just couldn’t fit under their main persona. This is Actress’ latest project, a series of apparently generative-based tracks that explode into existence, orbit neon-streaked nebulas and black holes, twisting in on their little self-contained environments and finally melt into the next piece. Everything here sounds as alien as you could imagine, with all the signature Actress tools and textures accounted for, altered, warped, and merged into amorphous shapes and organic little arcs of strange beauty. It’s as low-key as the cover art suggests, an outburst for something that Darren Cunningham had no formal shape for yet. It suggests multitudes, whispers of vastly broadened horizons for his main project. Or maybe he’ll just jump ship and expand this sound going forward. I’d be fine either way.