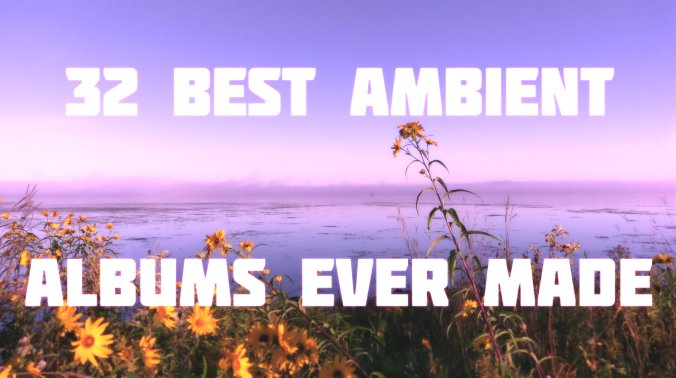 Here it is, the Optimistic Underground list of best ambient albums ever made. Inspired by all the discussion surrounding Pitchfork’s list of the genre, I decided to lay out my favorites. This is a sound that I’ve been in love with my whole life, so the only problem was narrowing it down.

Lots of people like ambient music for lots of reasons. Some love to fall asleep to it. Some are fascinated with the granular detail of slow songs. Some enjoy the way that it can dilate time, shifting perception for vast stretches of just being there.

I love it for all of these reasons, and for the way it can utterly transport my mind in a way that frees me to have breakthrough thoughts, little eurekas, the kind of ideas that spring up during a long bike ride or a mediation session. Ambient music is contemplative music, for all intents and purposes. It’s music to think about, and think to.

Update 8/18: I’m now organizing this list into chronological order based on some quality feedback from friends and readers. I think this will help give context to the music as we move through the years, giving a sense of narrative from the earliest releases to the latest. To be completely honest, I’m not sure why I chose random order when I first wrote this list – I’d like to send a message two years back to ask myself. I’ve learned even more in the time since, so I’ll likely bring future updates to this list.

In the meantime, I thank you for reading and I hope you find something new to love, maybe an entire genre. Some of these albums are definitely more canonical or officially beloved than others, but I consciously choose to ignore the popular, limiting narratives about the genre. The important thing is that these are all incredible works of music that deserve your attention, and that every piece here exemplifies a facet of ambient music, from its core to its outer fringes. Every single album here is a definitive example of the power and possibility of ambient music.

For more exploration, try the 32 Best Dub Techno Albums and Every David Bowie Album Ranked lists or see the Optimistic Underground best of the year collection for a load of gems.

On with the list. These are the best ambient albums ever made: 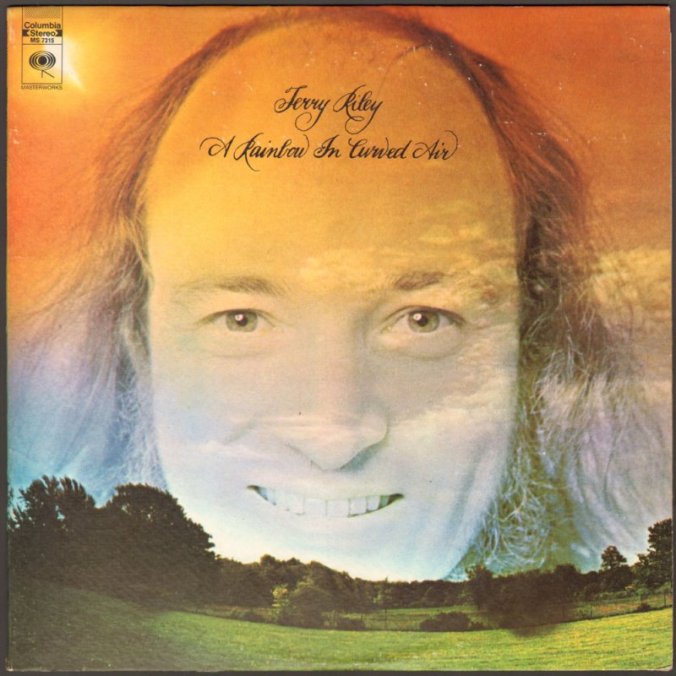 I feel like I said it pretty well back in 2009: “This recording is analogous to a profound dream: deeply affecting, nuanced, beautiful, yet devoid of concrete meaning. The feelings evoked are an end unto themselves. These sounds are subconscious and natural. This composition is eternal.”

On this record, Riley laid the foundation for his pattern improvisation technique, twisting sumptuous timbre shifts on synthesizers and organs, contrasting order and seeming chaos, erupting in little moments of bliss and long stretches of dizzying, dissonant melody. It’s as timeless as music gets. 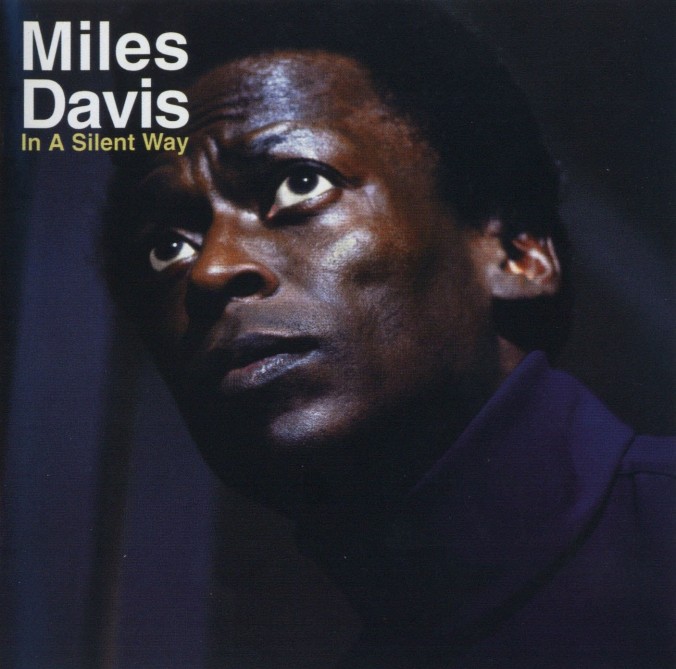 Yes, it’s technically jazz. But In A Silent Way is perhaps the very birthplace of ambient music. There’s a holistic sense of tone and texture that wraps the entire production from end to end, creating a dreamlike atmosphere for the laid-back band to play around in. It’s impossible to overstate how important of a development this was in 1969. The album played a huge role in influencing Brian Eno’s early ambient work, introducing the idea that music could feel calm, otherworldly, and self contained while still offering room for its tangible elements to move and interact. It’s an important outlier in Miles Davis‘ catalogue, a quiet explosion of new sound that was quickly abandoned in favor of the burgeoning, brash fusion sound of the 1970s.

For proof of Davis’ ambient bona fides, you can hear In A Silent Way nestled perfectly into the Luminous Path mixtape. 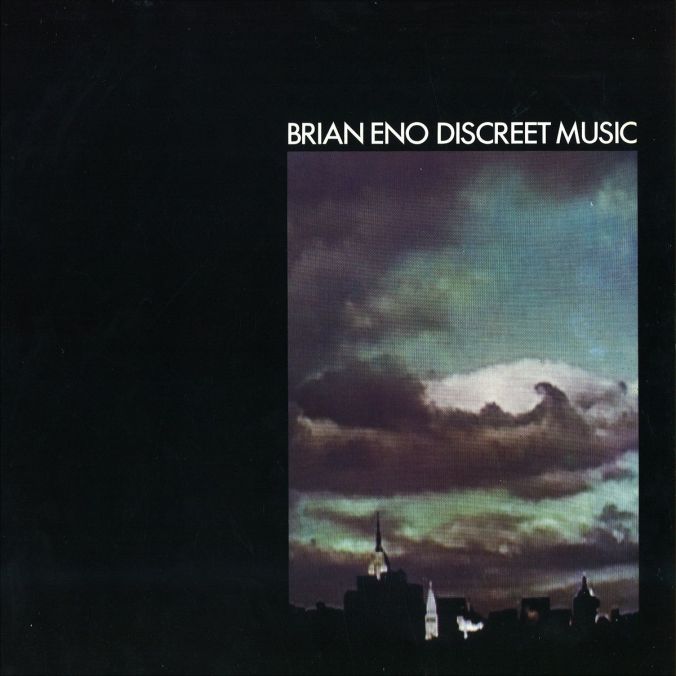 This album is where the genre was first truly expressed to its extreme. The title track is a half hour cascade of shifting tones, rippling textures, and achingly light synth melody. Eno’s programmed structures bounce off and reflect themselves, creating a kaleidoscopic rendition of a narrow band of musical color. It’s as calm as the sea on a windless night, and just as deep, dark, and full of mystery. Even better, it’s backed by a three part deconstruction of Pachelbel’s Canon in which the parts phase in and out of sync, blurring and erasing all sense of time. 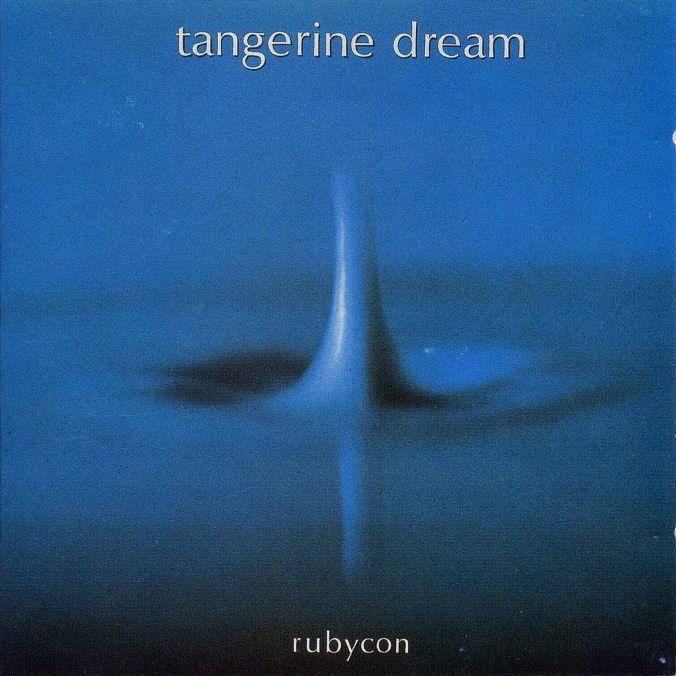 This is my favorite Tangerine Dream album for a lot of reasons. Rubycon is a concise distillation of everything the band did well into 30 minutes of cosmic drift. It’s also a perfect crossroads between the earlier droning incarnation of the band and the often prog-rock leaning sound they evolved into by the 1980s. Most importantly, it sounds like nothing else on earth. It sounds like what I picture the inside of a wormhole looks like. This is a fundamental record of psychedelic music and a foundational record of ambient. 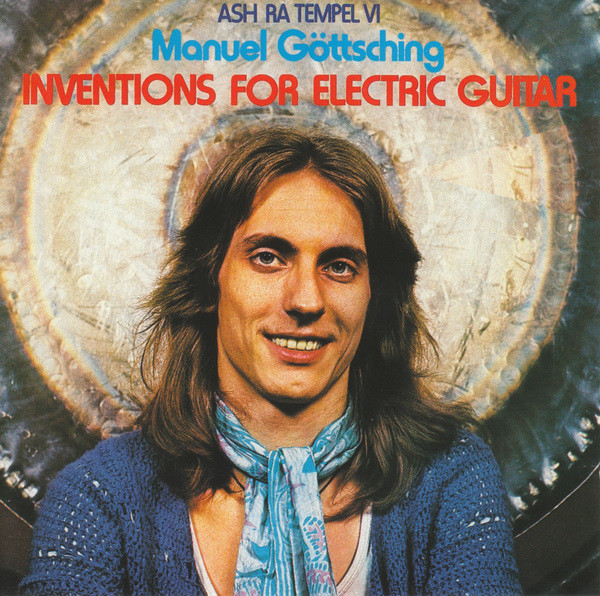 Inventions For Electric Guitar is the perfect bridge between first wave German kosmische music and the early techno it eventually inspired. With a pair of twenty minute epics and a smaller tune between, Göttsching wastes no time stretching the outer edges of rock far beyond what anyone was doing at the time, or for years to come. His guitar here often sounds like an arpeggiated synth or a warm drone wave, rarely revealing itself as the traditional six stringed instrument we all think we know. From his early days in Ash Ra Tempel to the proto-prog of Ashra, this man was always at the vanguard of new sounds; here he simply hit a sweet spot for ambient groove music that was never quite found again. 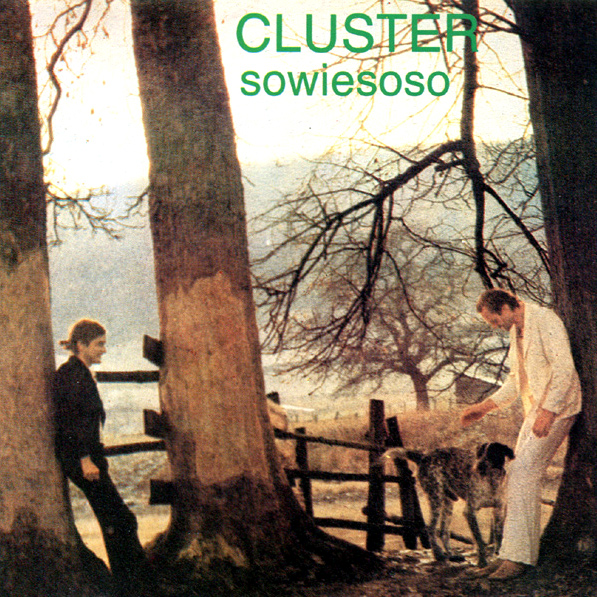 This is the best recording from the original lineup of the band that resisted all categorization, even the burgeoning “krautrock” in their prime. Cluster began more a menacing, freeform cousin of Tangerine Dream’s early experiments, evolving into something as complex and driving as krautrock champions like Neu! and Can, without even the most remote of connections to recognizable rock music. The pieces here exist out of time, cloudlike pop confections in a sea of glowing haze. 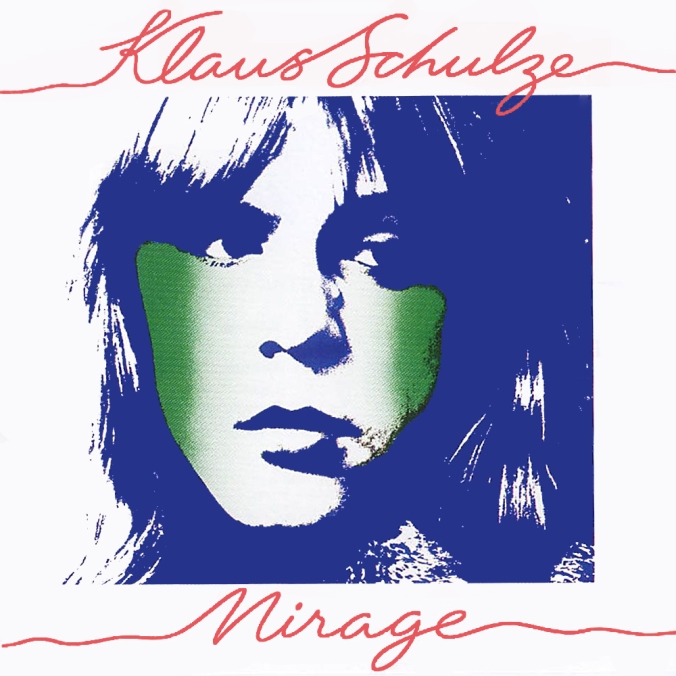 “Music is a dream without the isolation of sleep” is the tagline in the sleeve. Still, I swear that this is the actual, real-deal soundtrack to zooming across the lunar landscape. It feels just like your best acid-fantasy out of body experience, an ideal trip that sees you zooming through the solar system like you’re on that Cosmos ship with Neil deGrasse Tyson.

Schulze is a prolific German composer who was part of the initial lineup of both Tangerine Dream and Ash Ra Tempel. It’s kind of incredible how much talent exploded from that brief era of time in that specific part of the world. While every Schulze fan seems to have a different favorite, and the press often points to Moondawn as a breakthrough, it’s this album, Mirage, that’s always caught my sense of wonder. The two half-hour pieces here offer an out of body experience for those willing to take the plunge. 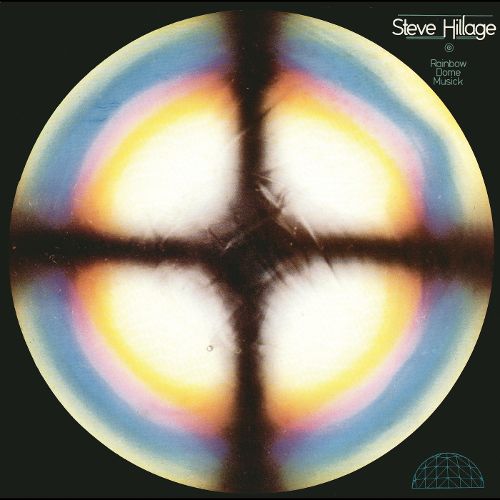 This album is a holistic distillation of everything that ambient would be known for over a decade after it was released. It is an outlier in Hillage’s catalog, a leap into the future on a sleekly ambient pulse, mixing guitar, synthesizer, piano, and exotic percussion into a seamless wash of sound. You’d never know it was recorded live, but the fact that it was makes it all the more impressive. Seriously, this sounds like it was made in the early 90s, not the late 70s.

110 thoughts on “32 Best Ambient Albums Ever Made”