I haven’t posted a weekly update in a while, so it’s about time. A lot happened, but I’ll stick to the highlights.

I hung out in wine country, biked about 500 miles, and finally saw my Japanese metal superheroes Boris in concert. Then I found myself on an extended deep dive into all the 60s jazz that I skipped over in the past. This total immersion is resulting in another evolution of taste. 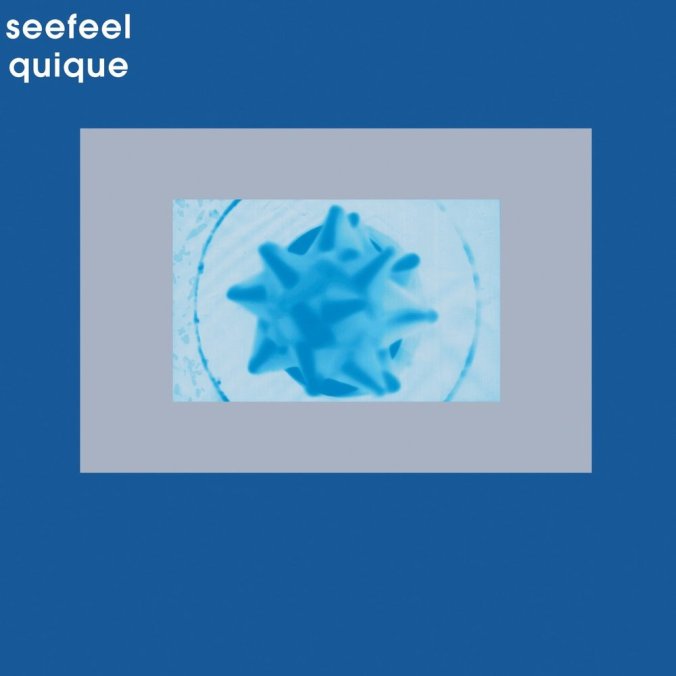 First, I have to talk about Seefeel.

Quique is one of my favorite albums of all time. I’ve listened at least 200 times since discovering it almost a decade ago, and I’m sure I’ll listen at least that many more times in the future. It’s one of only a handful of albums I’ve purchased more than once.

First, I grabbed the exquisite 2CD redux edition seven or eight years ago, right around the time that I first wrote about Seefeel. This satisfied me, but I always yearned for a proper vinyl reissue. As it turns out, such a thing did happen a few years ago and I managed to miss it.

The album is incredibly special for many reasons, first of which is that nothing on earth sounds like it. Not even Seefeel’s later music. Despite its otherworldly construction, Quique feels as natural as rushing water, a laser blasted wave of undulating tones and dub bass that’s been miraculously conjured from the atomized material of traditional rock band setups. The group used guitars, drums, and bass to make music that sounds more like radio telescope transmissions or meditative whale trance than anything crafted by human hands.

The album buzzes with the pulse of living people, but it’s heard through the gauzy miasma of some cyberpunk aquarium. Sure that sounds weird, but you’ll agree once you’ve heard it.

While I was traveling last month, I finally stumbled upon my little holy grail: a brand new copy of the 2013 reissue of Quique on marbled blue vinyl. This treasure was discovered at one of the best little record stores in Michigan, RPM Records of Traverse City. This shop boasts an incredible dense selection of fantastic music in a very small space, making it a must-see destination for any music geeks traveling in that area of the state. Every time I visit, I walk away with an essential, unexpected gem.

Take a look at the vinyl: 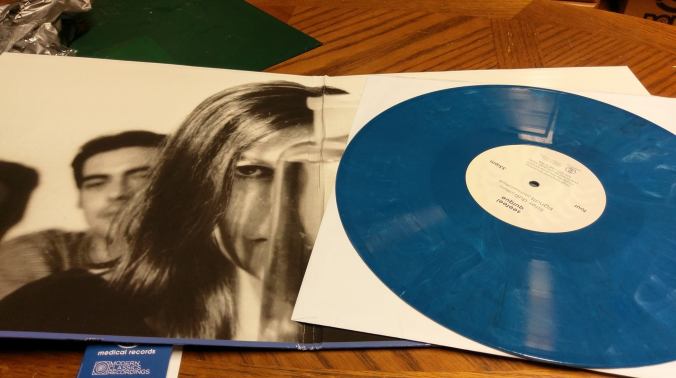 If you are truly unfamiliar with Seefeel, I can’t urge you to listen enough. Give the album a try with probably the most accessible tune, Plainsong (not a cover of the Cure song of the same name):

Listen to Quique streaming on Spotify or open your wallet for a rare copy of the vinyl on Discogs.

Even as a devoted Miles Davis fanatic, I’d never really had a soft spot for Sketches of Spain. It seemed too polite, too upright, too European even for my tastes and what I sought out in his music. In fact, I pretty much ignored all of his collaborations with arranger Gil Evans, from Porgy and Bess to Quiet Nights, feeling in my limited view of what Miles “should” be that they didn’t have enough swing to them, no funk, no pulse.

But then I watched Miles Ahead, the new biopic starring Don Cheadle, and felt sudden new appreciation for several periods of his work. The coloring of new context gave these songs life, most especially Solea, the final piece on Sketches of Spain. Laid over a meditative break in the film’s propulsive arc, it felt like a revelation of spirituality in solitude. Those crystalline trumpet tones felt unreal, transporting my thoughts right out of the movie for a moment. I wondered if it was something I’d never heard before, but it tugged at my memory.

As it turns out, the story behind the album is one of the most interesting of Davis’ career. Originally, he’d heard the original classical take on Concierto de Aranjuez at bassist Joe Mondragon’s house and felt compelled to bring it to his orchestral partner Evans. Since Evans felt as inspired as Davis, the pair began crafting an entire album around a new interpretation of the piece. The result, then and nearly sixty years later, stands at the vanguard intersection of jazz and classical in a way that few pieces of music, from Davis or anyone else, have ever approached.

The new arrangement included a full orchestra along with Davis’ jazz unit, composed of Paul Chambers, Jimmy Cobb, and Elvin Jones. This was the closest brush with classical sounds that the band ever had, and coming on the tails of the era-defining Kind Of Blue, it was a whole new space to explore.

Acting as a metaphysical balance to the epic opening piece, Solea picks up the melodic slices scattered through the short middle tracks and condenses them into sharp, incisive notes sprayed onto an infinitely spacey canvas. This is a focused yet spare recording that manages to evoke endless possibility in the open moments between solos. There’s a subtle nuance to each trumpet blast that sets the mind wandering to places far outside the album. It’s the kind of tune that changes minds about music entirely, a gateway to new realms. It’s become one of my favorite Miles Davis pieces, ever.

Sketches of Spain is basically everywhere on earth. If you’re reading this, you can and should listen to it. So beautiful.

I’m going to be sharing my experiences in jazz going forward over the next few weeks, with a new tune or album highlighted each time. Keep an eye out if music like this has always hovered on the periphery, as it did for me.