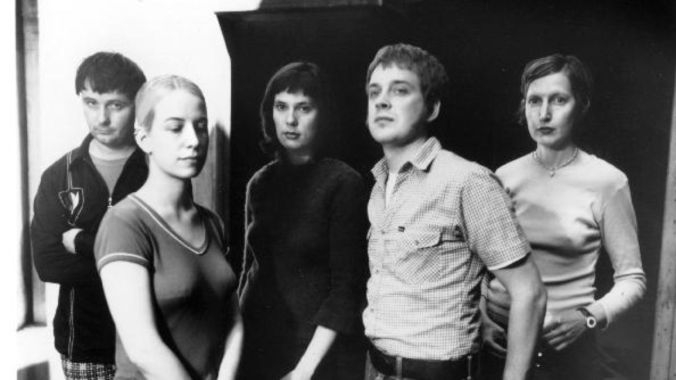 I’ve been really feeling Stereolab lately. Their incredibly unique mixture of old fashioned jazzy pop, electronics, and the motorik pulse of krautrock was the reason they were one of the first bands to ever be called post-rock.

If you’ve never heard them, you’re in for a real treat. This is the 18 minute epic centerpiece of their second album, 1993’s Transient Random-Noise Bursts With Announcements.

I don’t even know where to begin with this. It’s from their earlier days where the sounds ran a little more ragged, loose, and noisy. There’s a fire at the heart of this tune, prodding that iconic, minimalist rhythm onward, faster, heavier, while Laetitia Sadier’s vocals remain cool throughout.

The song bursts forth in the midst of a feedback spray, riding tension on the treble-heavy riff until unfurling with the vocals a few minutes in. There is an entire story of turmoil and progress, war and peace tied up in the shifting patterns of this song. After a climactic noise freakout around 15 minutes in, the band downshifts into the most sublime bass groove and rides it out to the end.

It’s a total deconstruction of what “epic rock song” means to most people.