Method Man.  The most charismatic and possibly most well known member of the Wu Tang Clan, dropped the first solo album of the group after their monumental debut as rap’s first supergroup.  It remains one of the most essential recordings in Wu – and the genre in general – history. 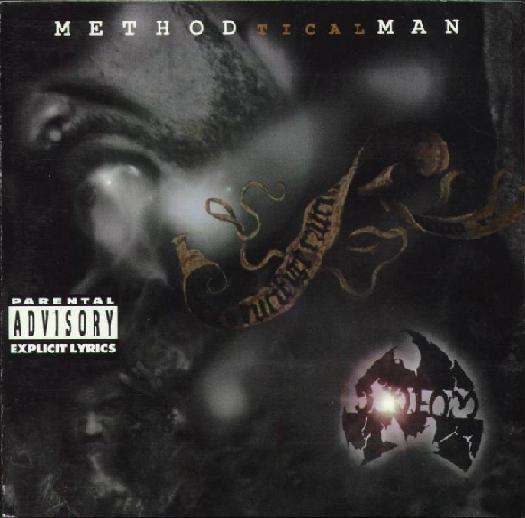 Fuck yes.  Firmly lodged in the holy triptych of Wu legend, between Enter the 36 Chambers and Liquid Swords, Tical is a timeless slice of hip hop tastiness, as fresh now as the day it dropped 16 years ago.  16 years ago, to think of it, is a long way back for any album, much less one in the constantly evolving (or revolving, depending on your take) hip hop universe, to hold relevancy.  But it’s true, through and through.  Put this on right next to whatever your friends have been digging lately and watch as nothing happens:  no jarring shift to ‘old school’ sound, no ratcheting back of production intricacy, and certainly no stale whiff surrounding Meth’s iconic vocal delivery.  Blunted is blunted, and this album defined it in 1994.  No update required, just inhale and enjoy.

If Liquid Swords was a jagged rusty blade flashing in the dead of winter, Tical is the bare-bulb-lit basement beneath a sticky summer night, full of smoke and apprehension.  Isolated, paranoid, incubating ideas for the outside world, it’s an environment unto itself, an album to truly be immersed in.  Coming up for air when the last track ends is understandable, but the stoned reverberations beckon again soon.  Spinning from the opening PBS library fanfare through dusty organ laments like All I Need and the exhuberant 70’s-action-flick horn laden highlight Release Yo’ Delf, there’s not a more consistent Wu release in existence.  Tical lays down a mood and explores every nook and cranny therein.  And hell, if you share my allergy to skits, there’s no more undiluted source of Wu mastery than this release – even my beloved Liquid Swords has the one “Tony Starks” intro (not that I mind it) and no matter how funny the ‘torture mothafuckas’ segment on 36 Chambers is, it breaks all sense of flow.  This piece is straight genius shot from a glock, the proverbial all killer, no filler work.  If you somehow haven’t become intimate in the intervening years, you owe it to yourself to dive in.  Lacking any better words of encouragement than the man himself, I leave you with his words:

“Throw your hands in the sky

and wave ’em from side to side

and if you’re ready to spark up the Meth- Tical

let me hear you say STIM-U-LI!”

[pick this up virtually anywhere. amazon for instance.  or cduniverse]